Anthony Joshua Vs. Jermaine Franklin “Is Not Done” – Eddie Hearn 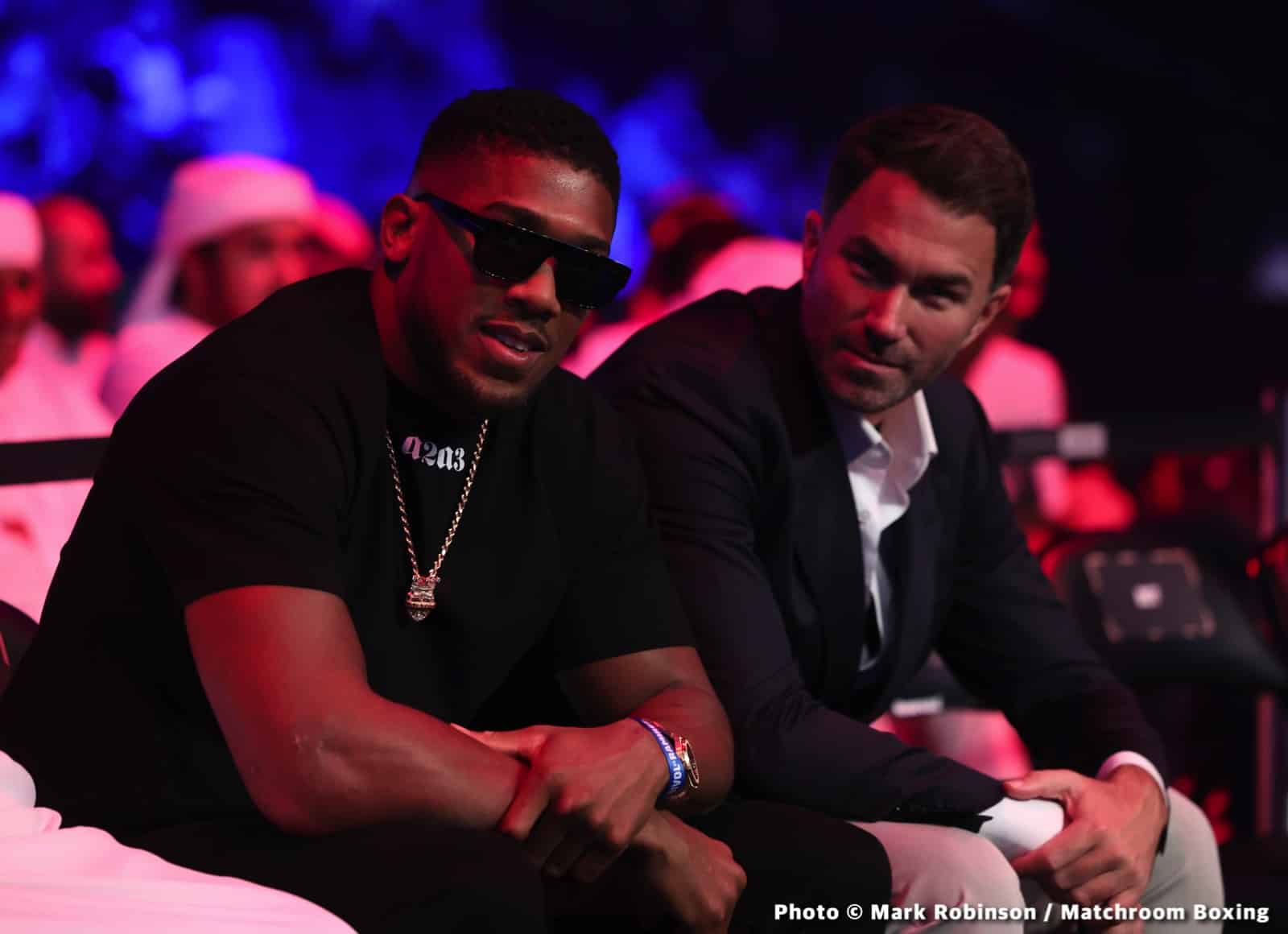 By Craig Daly: Jermaine Franklin appears to be the next opponent for Anthony Joshua in his tune-up fight on April 1st at the O2 Arena in London, but the deal “is not done” yet, says Eddie Hearn of. Matchroom Boxing.

Hearn states that he has offers out to three other heavyweights for the AJ fight, and he’s just waiting on them. However, Franklin (21-1, 14 KOs) is the only one he’s currently talking about, and he seems excited about the possibility of Joshua (24-3, 22 KOs) mixing it up with him.

Franklin, 29, lost his last fight against Dillian Whyte on November 26th in London, but many boxing fans viewed it as a good old-fashioned home cooking in which the foreign fighter gets the short end of the stick against the hometown boy, who needed a win to stay in the hunt for a rematch with Joshua.

“Yeah, I think there’s a very good chance that it could be Jermaine Franklin,” said Eddie Hearn to iFL TV on who Anthony Joshua will fight next on April 1st.

“The others who just want to hate, ‘What a joke. He lost to Dillian Whyte.’ Hold on a minute. A couple of months ago, you felt he beat Dillian Whyte by four rounds. So which one is it?” Hearn said about Franklin having gotten the better of Whyte last November in the eyes of many boxing fans.

“It’s a style that is sometimes difficult for a bigger heavyweight. A smaller heavyweight with fast hands and a good chin, it’s a really good fight. It’s not done; it’s not signed.

“We have offers out for three heavyweights right now. There’s the whole southpaw thing. We haven’t turned our backs on a southpaw, but, of course, a new trainer would prefer an orthodox fighter, especially when you’re looking at [orthodox fighters] Tyson Fury, Dilian Whyte, Deontay Wilder as potential fights. Why fight another southpaw? I haven’t ruled it out.

“But we’re pretty much ready to go. We want to get the show announced and tickets on sale. We want to build up for a huge event at the O2 for the return of AJ there. All the fighters that we’ve made offers are all good fights [for Joshua] to come back to.

“I’d like Fabio Wardley to be part of that card. I feel like the British heavyweight at the O2 on an AJ card would make perfect sense to his development before he headlines. You’ve got Felix Cash for the European to take place on that card. It’ll be a big card, a big night of boxing, and pretty much ready to go. I hate saying this week. This week,” said Hearn about the Joshua vs. Franklin undercard.