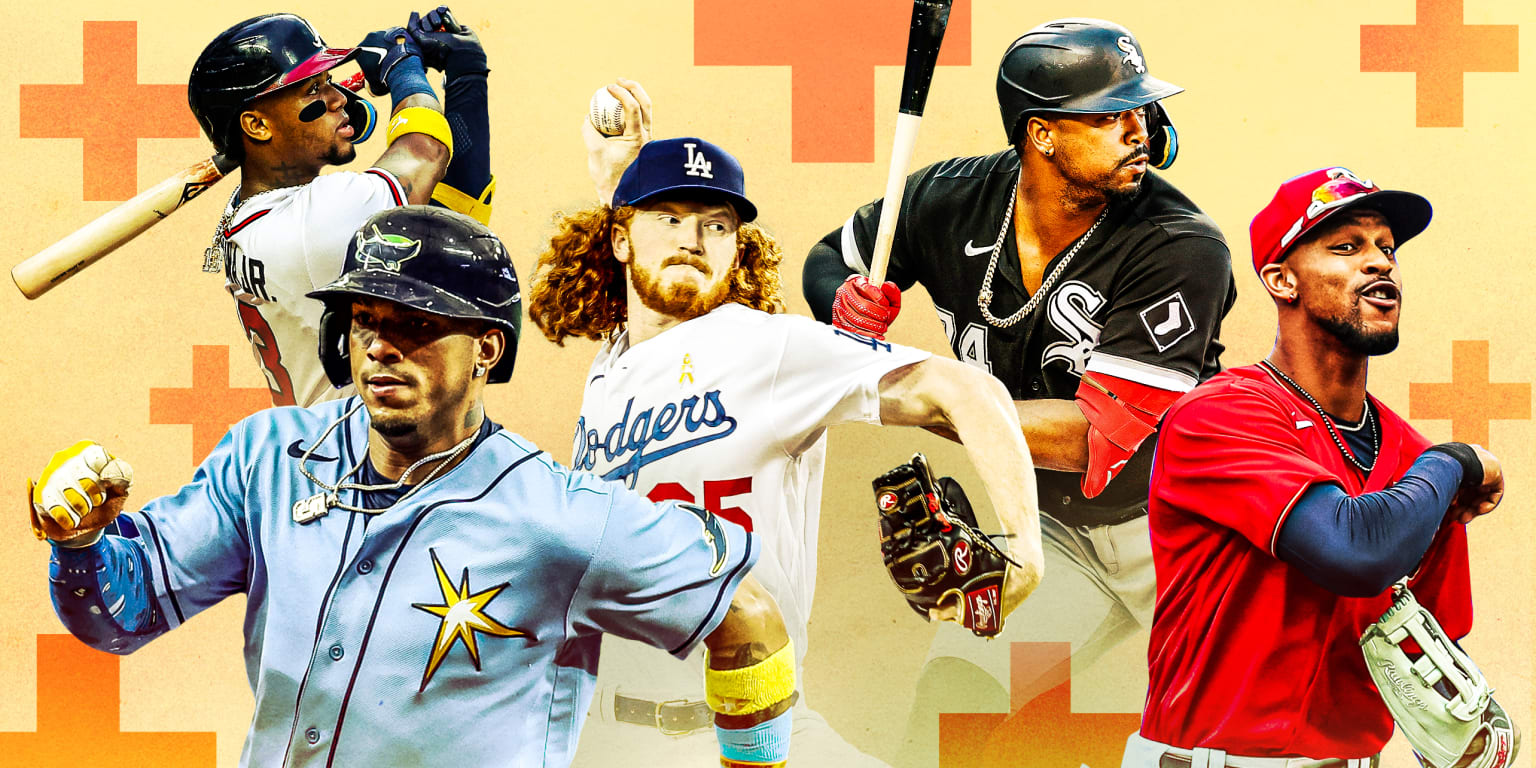 Injuries are an unfortunate part of baseball, even for some of the game’s best players.

There are more than a few players who would likely have plaques in Cooperstown right now if they experienced better health during their careers. Injuries have taken a toll on some of today’s top talents as well, including the crop of eight below. All eight have had their share of success at the Major League level but have been stalled by health woes, preventing them from reaching their true potential.

Hope springs anew at the start of every season, however, and 2023 could be the year each of these players finds the health necessary for them to get back on a path toward the top of the baseball mountain.

Ronald Acuña Jr., OF, Braves
While Acuña has had brushes with superstardom through his first five years in the Majors, there’s a strong sense that he hasn’t reached his apex. The outfielder did record 41 homers and 37 steals as a 21-year-old in 2019, but 5.1 bWAR remains his career high — a number 29 position players either matched or exceeded last year alone. Acuña was on pace to shatter that mark while making a run at a rare 50/30 season in 2021, but he tore his ACL in July and wasn’t quite back to his old self last year, producing a career-low 114 OPS+ with 2.8 bWAR over 119 games. As he moves further away from his knee surgery, the 25-year-old could have a huge year in store.

Byron Buxton, OF, Twins
What Buxton could accomplish over a full, healthy season remains one of baseball’s great unknowns, though his eye-popping pace over the past three years — 51 homers, 14 steals and 8.9 bWAR per 162 games — provides some basis of what that might look like. The ultra-talented center fielder has been dogged by injuries throughout his career, playing more than 92 games in a season only once (140 in 2017). Last year, a right hip strain and a right knee ailment that required season-ending surgery put a damper on his first All-Star campaign. Will Buxton ever put it all together? Who knows. But we can dream.

Wander Franco, SS, Rays
With an impressive showing as a rookie under his belt and an 11-year, $182 million contract in hand, last season was supposed to be the year Franco officially arrived as a megastar. And for about a month, everything went according to plan for MLB’s former No. 1 overall prospect. However, Franco slumped in May and made a pair of trips to the injured list due to a right quad strain and a fractured hamate bone in his right wrist, missing a combined 74 games. His final numbers were … fine. But he’ll be expected to greatly improve upon his .277 average, six homers and 117 OPS+ in 2023, his age-22 season.

Tyler Glasnow, RHP, Rays
Glasnow has an electric arsenal, but he’s had limited opportunities to show it off over the past four years. The 6-foot-8 righty was an AL Cy Young contender in 2019 and 2021, but he ran into arm problems in both seasons, first going down with a right forearm strain and then suffering an elbow injury that necessitated Tommy John surgery. Glasnow looked unfazed by the long layoff when he made his return late last season, allowing one run with 15 K’s and two walks in 11 2/3 innings, including five shutout frames in Game 2 of the AL Wild Card Series against the Guardians. He averaged 97.3 mph with his four-seamer in those outings, slightly better than his 97.0 mph figure in 2021. With Glasnow at full strength and Shane McClanahan coming off a sixth-place finish in the AL Cy Young voting, the Rays could have the AL’s best 1-2 punch atop their rotation, provided both pitchers stay on the mound.

Eloy Jiménez, OF, White Sox
Baseball’s No. 3-ranked prospect entering 2019, per MLB Pipeline, Jiménez is four years into his career but still hasn’t played a full season. The only year the right-handed slugger didn’t spend time on the injured list was the shortened 2020 campaign, and he’s missed more games than he’s played across the past two years, suffering a rupture of his left pectoral tendon in 2021 and a torn hamstring tendon behind his right knee in 2022. When healthy, Jiménez has flashed prolific power potential, averaging 36 homers and 108 RBIs per 162 games while posting a collective 123 OPS+. If he avoids the IL in 2023, we could see the 26-year-old rank among the AL’s home run leaders.

Dustin May, RHP, Dodgers
May has already appeared in parts of four seasons (and two playoff runs) with the Dodgers, but he’s thrown fewer than 150 career innings, in part because he underwent Tommy John surgery in 2021. The lanky righty pitched to subpar results after returning last year, struggling with his control (4.2 BB/9) and posting a 4.50 ERA (94 ERA+) over 30 innings. It’s hard not to be tantalized by his stuff, however, particularly his nasty curveball and mix of high-octane fastballs. May appeared to be on his way to a breakout season before going down with his elbow injury in 2021, registering a 2.74 ERA, a 13.7 K/9 and a 2.3 BB/9 through five starts. The 25-year-old could prove to be an X-factor for a Dodgers club that lost multiple key players to free agency this offseason and remains without ace righty Walker Buehler (TJ surgery).

Luis Robert, OF, White Sox
Like his teammate Jiménez, Robert has missed considerable time over the past two seasons, going down with a right hip flexor strain in 2021 and battling several ailments last year. Still just 25, he isn’t that far removed from his days as one of the top ranked prospects in the game, when he was considered a potential superstar, with plus tools across the board. Though a career .289 average with 36 homers, 26 steals and a 122 OPS+ over 222 games is nothing to sneeze at, he hasn’t quite met expectations thus far, but that could change in 2023.

Fernando Tatis Jr., SS/OF, Padres
Expectations were understandably high for Tatis entering his age-23 campaign in 2022, but he ended up missing the entire season, as he suffered a left wrist fracture before Opening Day and was suspended after testing positive for a banned substance during the summer. Tatis led the NL with 42 homers in 2021, has twice finished among the top four in the NL MVP voting and owns a lifetime 160 OPS+, but he’s never played more than 130 games in a season. Now at a new position after the Padres signed shortstop Xander Bogaerts in December, Tatis has to prove he can stay on the field, but there’s no denying his ceiling is among the highest in the game.