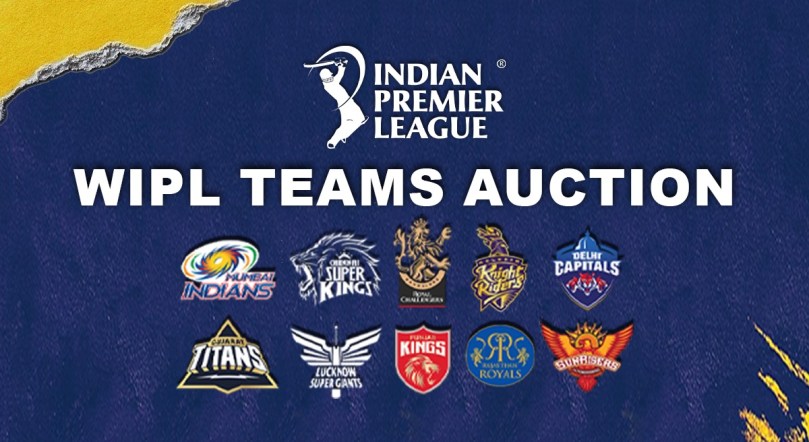 WIPL Teams Auction – Women IPL Teams: Another BIG DAY for Women Cricket in India has arrived. Today, top corportate hosues of the country officially entered the fray to buy teams in Women Indian Premier League (WIPL). IPL Team owners, Adanis, Ambanis, Glazer family are among 20 other business houses that have picked WIPL Team Tenders. The interested parties have submitted their technical bids, with CSK, GT and LSG opting out. The FINANCIAL bids will be placed on Wednesday. Experts believe teams could be sold in the 500 to 600 crore range: Follow IPL 2023 LIVE Updates with InsideSport.IN

Women IPL Teams Auction – Who all are participating? InsideSport earlier had reported that almost 30 business houses have bought the tender document.

The BCCI are expecting a huge windfall with more than 30 companies entering the race to own a franchise. The inaugural WIPL season will have 5 teams with all 10 IPL franchises and other companies also in contention to own a WIPL team. Among the interested companies are Haldiram, Infosys, Shriram Group, Manchester United owners, Adanis and all 10 IPL Team owners.

Defending IPL champions Gujarat Titans, Delhi Capitals Chennai Super Kings, Kolkata Knight Riders, Rajasthan Royals, Sunrisers Hyderabad, and Punjab Kings all have confirmed that they will be bidding for WIPL Teams. The base price is not set and bids will be accepted for a 10-year period (2023-32).

“WIPL has huge potential but most of the legacy teams would like to mix optimism with pragmatism. Expect a few bids in the range of Rs 500 crore upwards. Rs 800 crore plus could be a bit ambitious but BCCI won’t complain,” an industry insider, who has previously worked on men’s IPL team bid, told PTI ahead of auction.

As per reports, Indian snack and restaurant firm Haldirams also have expressed their interest in purchasing the Women IPL team. Haldirams picked up the document just a couple of days before the January 21 deadline. The ITT has been available for purchase for a non-refundable fee of Rs five lakh.

The BCCI has listed 10 Indian cities and the venues in the tender, which allows a single party to bid for more than one city. The bids will be accepted for a 10-year period (2023-32).

The BCCI will open the sealed bids on January 25 and will announce the winner of the franchises.

WIPL 2023 Teams Auction – Why so much of interest?

The BCCI has earmarked March as the window for the WIPL in the tender. While the BCCI has not formally announced the dates for the inaugural season, it is expected to start around March 5 and finish around March 23.