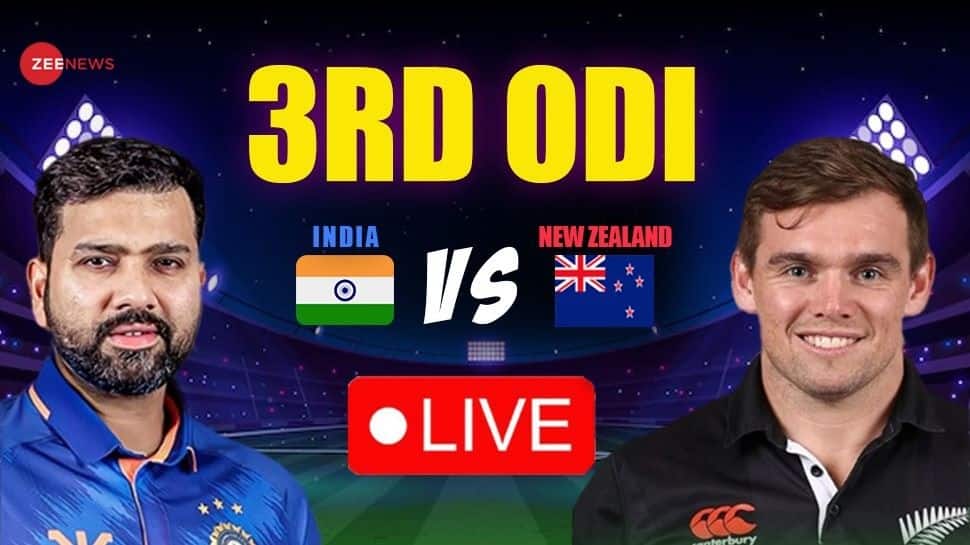 Rohit Sharma’s Team India will look to end the three-match ODI series against New Zealand on a high when they take on the Black Caps in the third and final game at the Holkar Stadium in Indore on Tuesday (January 24). India have already clinched the series with an unassailable 2-0 lead after their eight-wicket win in the second ODI in Raipur on Saturday. India will look to become first team to whitewash a No. 1-ranked team.

The home side will look to complete back-to-back ODI series whitewash after defeating Sri Lanka with a 3-0 margin earlier this year. Also a win on Tuesday will mean that India will become the new No. 1 side on the ICC men’s ODI ranking, replacing ODI World Champions England at the top.

It will be interesting to see if skipper Rohit decides to make some changes to the playing XI having already won the series. Former captain Virat Kohli will be eyeing a personal landmark as a 13th ODI half-century against the Kiwis will help him surpass the record of most ODI fifties against New Zealand, held by the legendary Sachin Tendulkar.

Kohli is yet to fire in this ODI series after a couple of low scores in the first two ODI matches. The man in form has been opener Shubman Gill, who scored a double century in the first ODI following it up with an unbeaten 40 runs in the second game to lead his side to a win.

Indian bowling attack has also been impressive led by Mohammed Siraj and Mohammed Shami with Kuldeep Yadav proving difficult to read for the Black Caps as well. India will be keen on continuing their winning march in this format considering that they will be hosting the 50-over World Cup later this year.