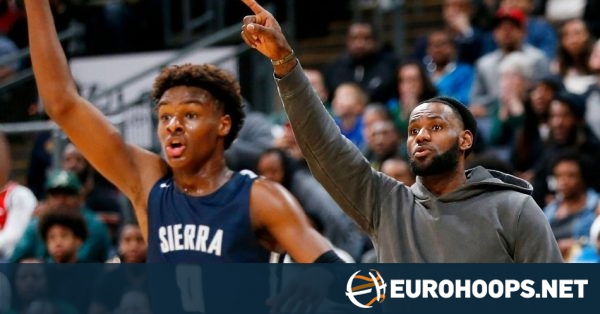 The eldest son of the NBA superstar Lebron James, Bronny, might opt for a professional season in Australia next summer, before the 2024 Draft

Following in his father’s footsteps will be difficult, but Bronny James, son of NBA superstar Lebron James, will give it a go, aiming for the 2024 Draft.

Before the big step, he must make an important decision, choosing his destination for the next season. He reportedly narrowed his potential colleges to Ohio State, Oregon and USC, but Australia emerged as a new option.

The owner of Australia’s NBL, Larry Kestelman, confirmed there had been conversations with Bronny’s representatives about bringing him to the league.

“We have absolutely reached out. But it’s very early days. It’s a long shot, but the conversation has begun, and we’ll be in the mix,” Kestelman said.

The eldest son of one of the best basketball players of all time is currently attending Sierra Canyon School in Los Angeles, playing as the combo guard.

His father desires to play at least one year with him in the NBA, which is 2024-25 at the earliest since Bronny will be draft-eligible in the summer of 2024.