A launch monitor and simulator solves a writer’s chipping woes 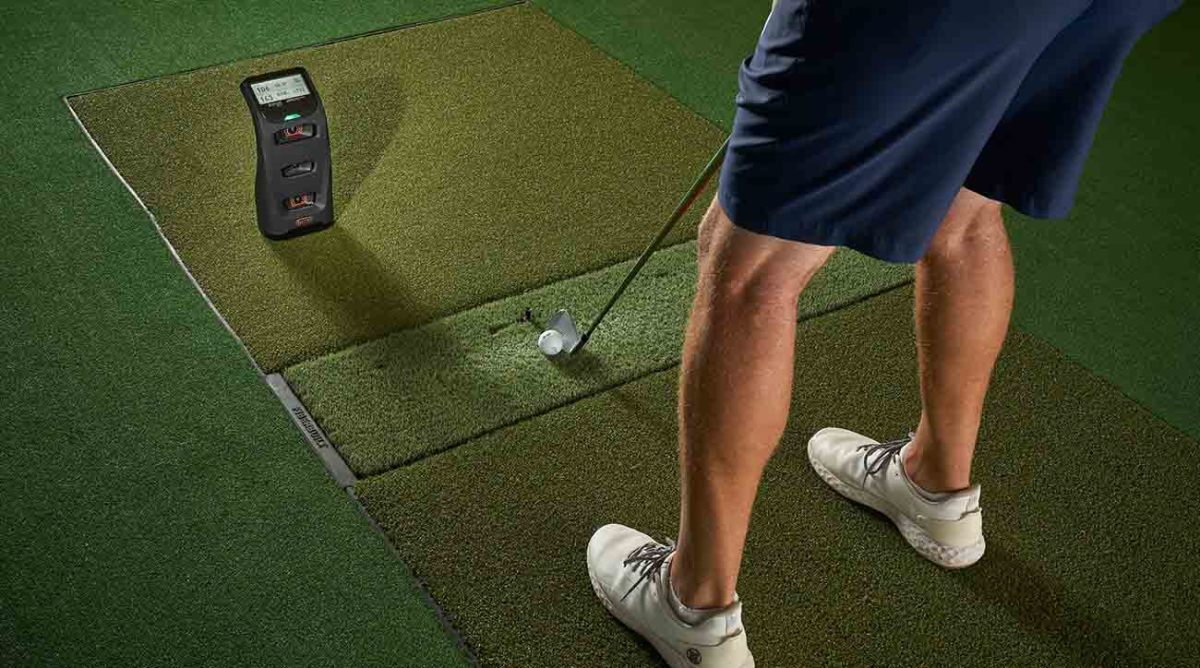 ORLANDO, Fla. — The cure for chipping yips takes five minutes and costs $3,500 plus tax. But it costs much less—nothing, actually—if you’re lucky enough to get a five-minute lesson from Bushnell Golf’s Ryne Fisher. The key to the cure is Bushnell’s new Launch Pro golf launch monitor and simulator, which employs the 10,000-frames-per-second, camera-based Foresight GC3 platform favored by guys who don’t suffer from chipping yips—i.e., tour pros.

“There’s two things to look for if you can’t chip,” Fisher said on Tuesday, giving me a PGA Show mini-lesson at Orange County National Golf Center. “That’s club path and angle of attack.”

And here I interrupt to disclose that Fisher is not a golf pro and there is no such thing as “chipping yips,” no matter what I may have written in weak moments over the past four decades. Short shots are chunked, bladed or even whiffed because the leading edge of the clubface meets the ball—or the ground—at too steep an angle. Bad technique and/or poor ball position causes fluffed chips, not some obscure nervous-system disorder.

Fisher, who played his college golf at the University of Missouri, grabbed a 56-degree wedge, set up in front of a ground-level Launch Pro unit, and chipped a ball into the target field. A flood of numbers filled a nearby computer screen, but it was the cell labeled “attack angle” that was most pertinent. “Minus 4.3 degrees,” he said. “That’s about perfect for a chip.” He handed me the wedge.

For those who don’t recall my 1990s “Mats Only” driving-range blog or my test-dummy co-authorship, with John Novosel, of Tour Tempo: Golf’s Last Secret Finally Revealed, know this: I have forgotten more about golf than … well, practically anybody. In particular, I don’t remember how I chipped 30 years ago, when short shots weren’t my kryptonite. Now I’m a beanpole septuagenarian with extra-long wedges and a naturally-upright chipping action that suggests a grave digger with a long-handled soup ladle.

Standing over the ball, I told Fisher that my best, although still sorry results, came with the ball placed slightly forward in my stance and with minimal shaft lean—in violation of everything I had ever been taught about chipping. “No, that makes sense,” he said. “A lot of pros are playing it up.”

Having run out of excuses, I took a tentative swipe at the ball and skulled one low and left. “That felt stabby,” I said, shaking my head. (I could have said “choppy.”) The number on the computer screen was -14.

“Move the ball a little farther forward,” Fisher said. I did so and hit more of a pull-chunk. The attack angle was -11 degrees.

“You might play the ball up here,” he said, pointing to a spot opposite the big toe of my left foot. “And remember, even with the ball forward you want to keep your weight left.”

I hit ball No. 3 on the toe of the wedge, but it flew reasonably high and registered at -9.2. “Getting closer,” Fisher said. Ball No. 4 went dead straight and high, producing a satisfying click and an attack-angle reading of negative 7 degrees. “That’s the sound of a good chip,” he said. “Now, if I could make one last suggestion, you might shallow it out even more by swinging a bit around your body instead of straight back and through.”

Not expecting much, I followed his instructions and hit a chip as perfect as a Shakespearean sonnet and nearly as pure as the chips I had seen Brad Faxon strike at the Titleist tent an hour earlier. Fisher and I met at the computer monitor and read the good news: minus-4.5, close to the optimal angle of attack. He smiled and said, “That’s it!” But just to be sure, I hit a seventh chip and raised my cap to the crowd as the final score came down: negative 4.4 degrees.

Now, some may object that two good shots do not amount to a cure, especially since I wasn’t aiming at anything. And that’s fair. But like most weekend golfers, I’ve wasted years moving the ball around in my stance, fiddling with my grip and trying different swing paths, only to see my wedges return to their digging ways. What I needed to perfect my technique, I now realize, was some kind of stereoscopic optical system that can take 10,000 pictures per second and spit out ball speed, carry distance, horizontal and vertical launch angles, spin tilt axis, smash factor and other pertinent data.

“How did we ever get better before data?” an onlooker asked me. Well, not an onlooker; it was Bushnell’s director of golf, John DeCastro, hyping Launch Pro’s Foresight GC3 platform. “Until recently, you’d have to hit thousands of balls to figure it out.”

Or, in my case, hit thousands of balls and not figure it out.

The fact that a tech-company sales rep cured my chipping yips leaves me feeling sorry for all the swing gurus and wedge designers who tried and failed to fix my faults. But young Fisher, a self-described “golf nerd,” reminded me that teaching pros are a principal market for launch monitors, along with tour pros and middle- to high-income golfers. “We have people who aren’t making a ton of money,” he said, “but they’re avid golfers and keen on getting better.”

That $3,500 price tag, he seemed to be saying, is just another data point.