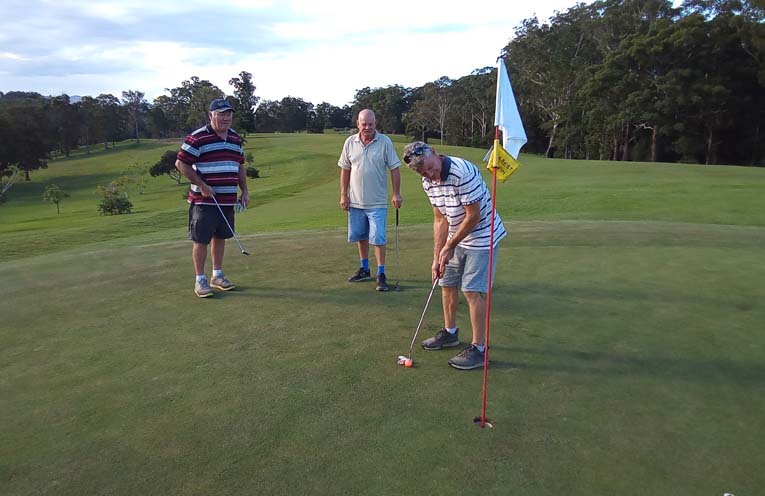 THE Bernard Laverty Memorial Day mystery 4 ball Stableford kept the good scorers guessing as to who they would draw as a pairing.

Although neither were in the top four individually, Steve Ash and Darren Pike’s combined scores won them the pairs event.

Runners up were Steve Hosking and Allan Clarke.

Steve Hosking returned to form with 42 to win the individual event by one shot from Greg Zirkler.

Straight shooters with nearest the pins were Max Graham (A), Gus Single (B) and Cohen Welsh (C grade).

The late Ron Trimble often talked (skited) about his eagle on the 17th hole.

The ladies were back for the new year with Helen Ferrero winning ahead of runner up Lorraine King.