Oscar De La Hoya Says Spence “too Much For” Thurman 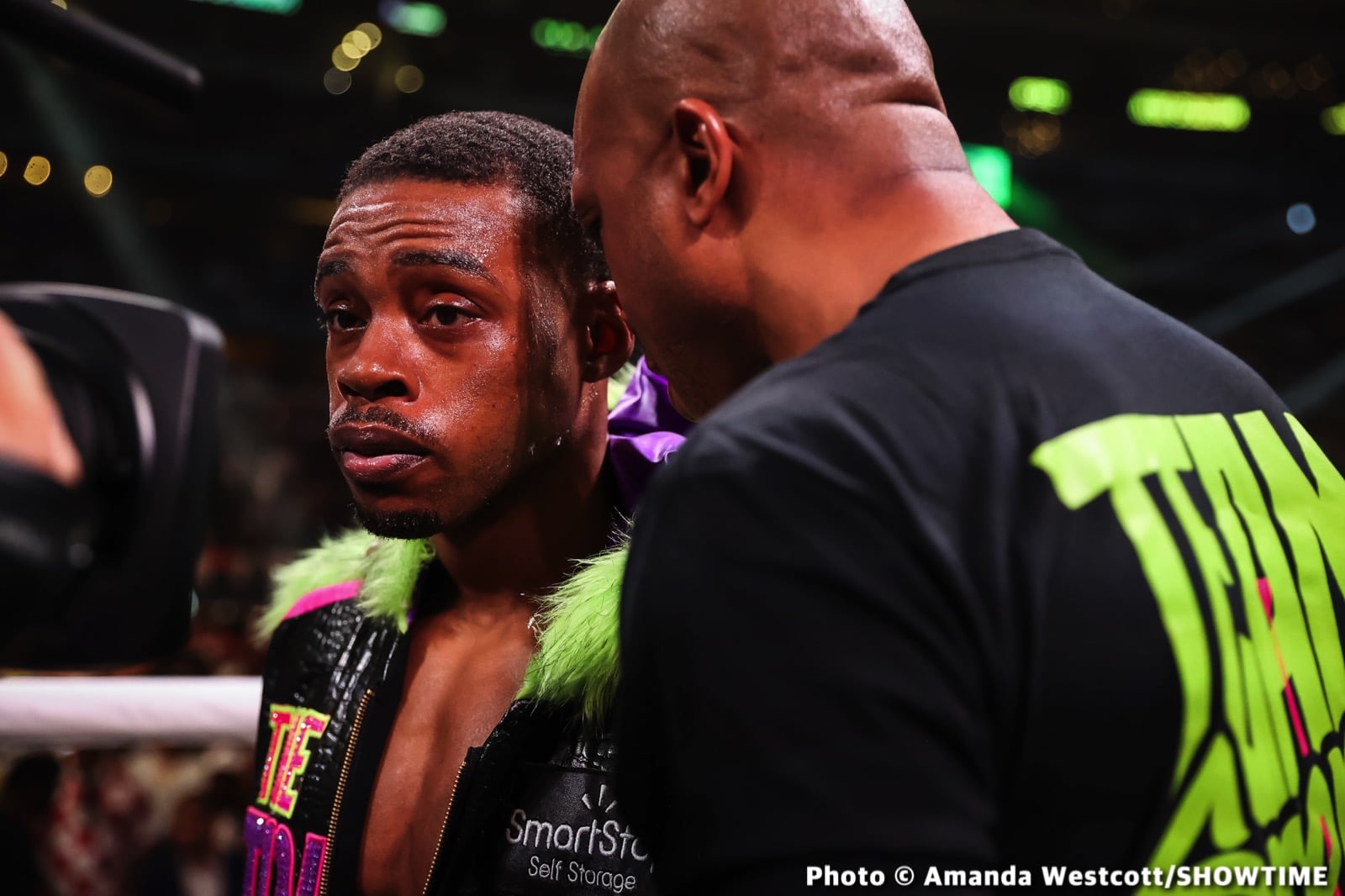 Oscar De Hoya believes Errol Spence Jr will be “too much” for former WBA/WBC welterweight champion Keith Thurman to handle when they meet at 154 in April.

It’s a no-brainer for De La Hoya to pick IBF, WBA & WBC 147-lb champion Spence to defeat the 34-year-old ‘One Time’ Thurman because the Florida native has been inactive for long stretches during the last six years, fighting just three times during that period of his career.

Thurman can’t just blame his inactivity on injury problems because he’s been enjoying the fruits of his labor and not showing the drive to get back in action after making good money fighting Danny Garcia and Manny Pacquiao.

While some fighters are good at not letting the money negatively impact their worth ethic, others become lazy and don’t want to return to the daily grind at the gym. Some would argue that Thurman falls into the latter category.

It’s unclear which of the two asked for the fight to take place at that weight, but it could be Spence because he looked huge last month for his fighter Frank Martin’s fight against Michel Rivera on December 17th.

“I never expected 154, but it should be a great fight. I think Keith Thurman is a beast, and I’ve always said that Errol Spence, to me, was a Sugar Ray Leonard.

“Yeah, the fans want it; what’s the hold-up? Let’s make it happen,” said De La Hoya about the Spence vs. Terence Crawford fight. “I think Crawford will follow him anywhere Spence goes.

“I think so, or maybe Spence has to come back down to 147? Who knows, or maybe there’s a catch-weight. As long as this fight happens because me as a fan, I want to see this fight happen,” said De La Hoya when asked if Crawford would follow Spence to 154.