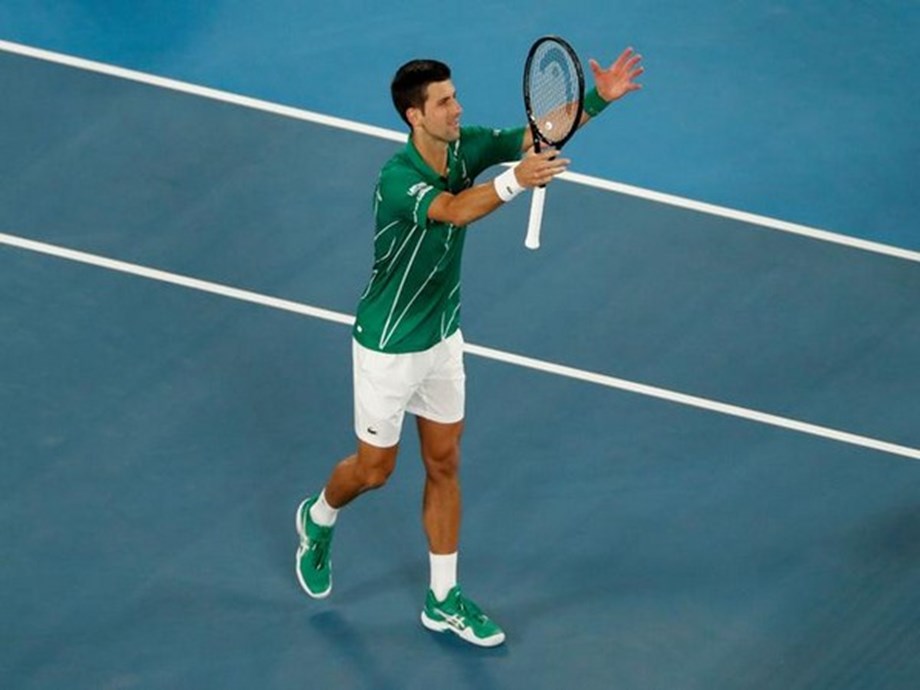 Tennis world number one Novak Djokovic said he has unfinished business at the Olympics and will be gunning for gold at Paris 2024, adding that he is keen to return to Australia despite his deportation this year. Djokovic’s quest for Olympic gold in Tokyo ended in a semi-final defeat to Germany’s Alexander Zverev, marring an otherwise stellar 2021 in which he won the first three Grand Slams and reached the final of the fourth.

Mikaela Shiffrin will bounce back from her miserable medalless Olympic Games and return to the peak of Alpine skiing, double gold medalist Michelle Gisin had predicted. Switzerland’s Gisin retained her gold medal in combined on Thursday delivering a superb slalom run while Shiffrin, incredibly, skied out on the Ice River slalom course for the third time in these Games.

Phil Mickelson has criticized Saudi Arabia’s human rights record even while in discussions to join a new Saudi-backed golf circuit, saying he was only using the new tour as leverage to prise more concessions out of the U.S.-based PGA Tour. In an interview in November but only just published on the firepitcollective.com website, Mickelson revealed that he and three other players hired attorneys to write the operating agreement for the Super Golf League (SGL), which he said was “sports washing”.

Ukrainian bobsledder Lidiia Hunko has tested positive for a prohibited substance during the Beijing 2022 Olympics Games, the International Testing Agency (ITA) said on Friday. Hunko, who finished 20th in the women’s monobob, is the third athlete to test positive during the Games.

Few people were surprised when Finland’s Iivo Niskanen won the 15km classic race at the Beijing Olympics, but those who looked beyond the podium may have been shocked to see Ireland as the sixth nation on the list with their man in 14th place. Thomas Maloney Westgaard may have been born in the same country as bronze medallist Johannes Klaebo of Norway but he skis in the Irish green and even briefly held the lead in the race eventually won by Niskanen, a sign of the progress the 26-year-old has made since his Olympic debut in 2018.

With the roar of home fans cheering her on, China’s “snow princess” Eileen Gu spun and soared to victory in the women’s freestyle skiing halfpipe final on Friday, claiming her second gold medal at the Beijing Olympics. Gu, who has become the popular face of the Beijing Games, was in full command of the contest from the beginning, soaring above the icy pipe higher than any other skier as she nailed back-to-back 900s with advanced mid-air grabs.

Olympic chief Thomas Bach said on Friday it had been “chilling” to witness Russian teenage skater Kamila Valieva crumble under pressure at the Beijing Olympics as a doping scandal continued to swirl, hitting out at the 15-year-old’s entourage. The saga has opened a debate on the suitability of the Olympic environment for minors, but International Olympic Committee president Bach said the IOC had limited means of action.

Japanese figure skater Kaori Sakamoto said on Friday that she feels the pressure of doing quadruple jumps as more Russian skaters successfully land them, a day after winning the bronze in the women’s singles at the Beijing Olympics. “Every year the Russians just keep producing skaters that can jump the quad, and every time I see that I’m amazed… I also see that and feel that a quad is really necessary (for my performance),” the 21-year-old told a news conference.

The World Anti-Doping Agency (WADA) on Friday accused the Court of Arbitration for Sport (CAS) of ignoring the world anti-doping code when it upheld the Russian anti-doping authorities’ decision to lift the provisional suspension of Russian teenage figure skater Kamila Valieva at the Beijing Olympics. CAS ruled on Monday that Valieva should be allowed to compete in the women’s competition despite having failed a drug test at her national championships last December.

First-time Olympian Ryan Regez of Switzerland took gold in the men’s ski cross final on Friday at the Beijing Games, while fellow Swiss skier Alex Fiva claimed silver. Regez dominated from the start, leading the pack to zoom over the technical section at the start of the course, putting plenty of distance between himself and the rest of the pack.