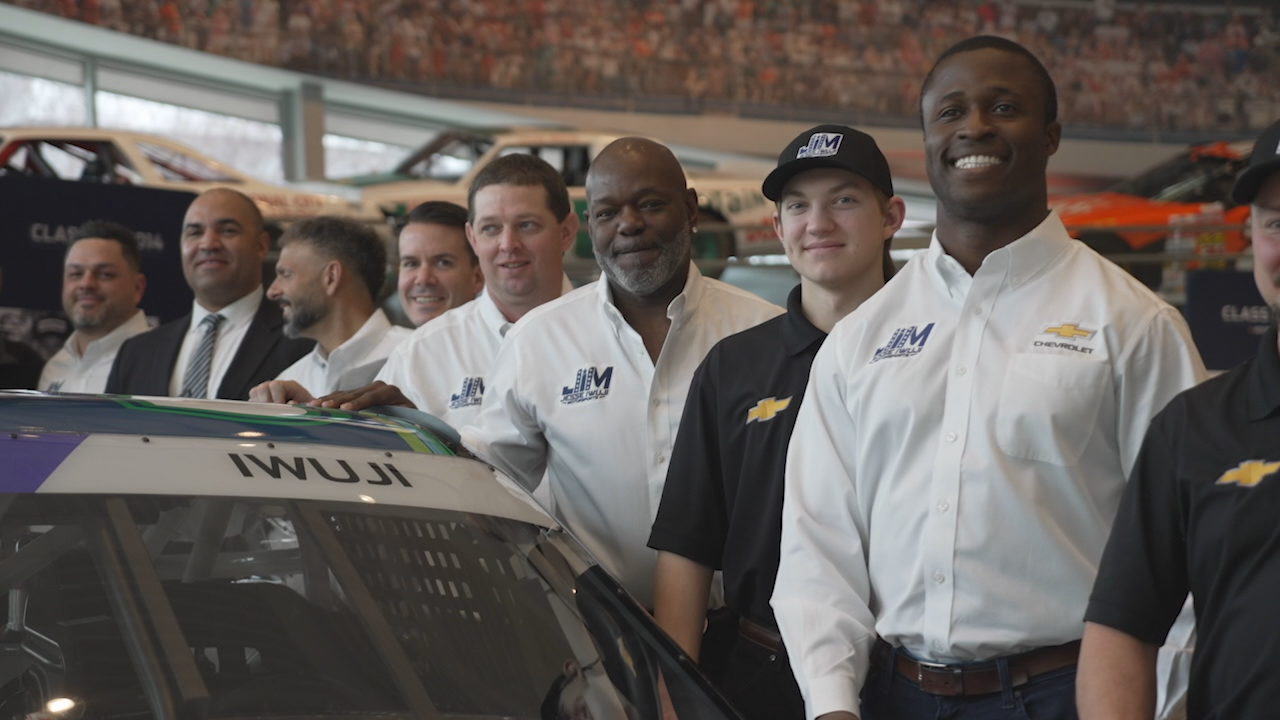 DALLAS – Last February, FOX 4 first told you about NASCAR driver and Carrollton native Jesse Iwuji’s mission to try and create more opportunities for minorities to succeed in the sport.

At the time, Dallas Cowboys’ Hall of Famer Emmitt Smith had become one of Iwuji’s sponsors.

It appeared to be a first step towards possibly getting more involved with NASCAR and Iwuji.

MORE: Carrollton native Jesse Iwuji is part of NASCAR’s push to get more minority drivers in the sport

Since our story, Emmitt has decided to officially team up with Iwuji as the co-owner of Jesse Iwuji Motorsports, a new NASCAR team.

Jesse is the driver for the team, which is set to run a full-time schedule in 2022.

Before this year, Jesse had only been able to race part-time since getting behind the wheel in NASCAR back in 2018.

The car number will be 34, which is a special tribute to the late Wendell Scott. Scott drove the No. 34 when he became the first African American driver to win a Cup Series race.

Iwuji is also a Lt. Commander in U.S. Navy Reserve. The 2022 Xfinity Series season kicks off from Daytona International Speedway on Saturday.

Jesse will be racing, Emmitt there watching and supporting.