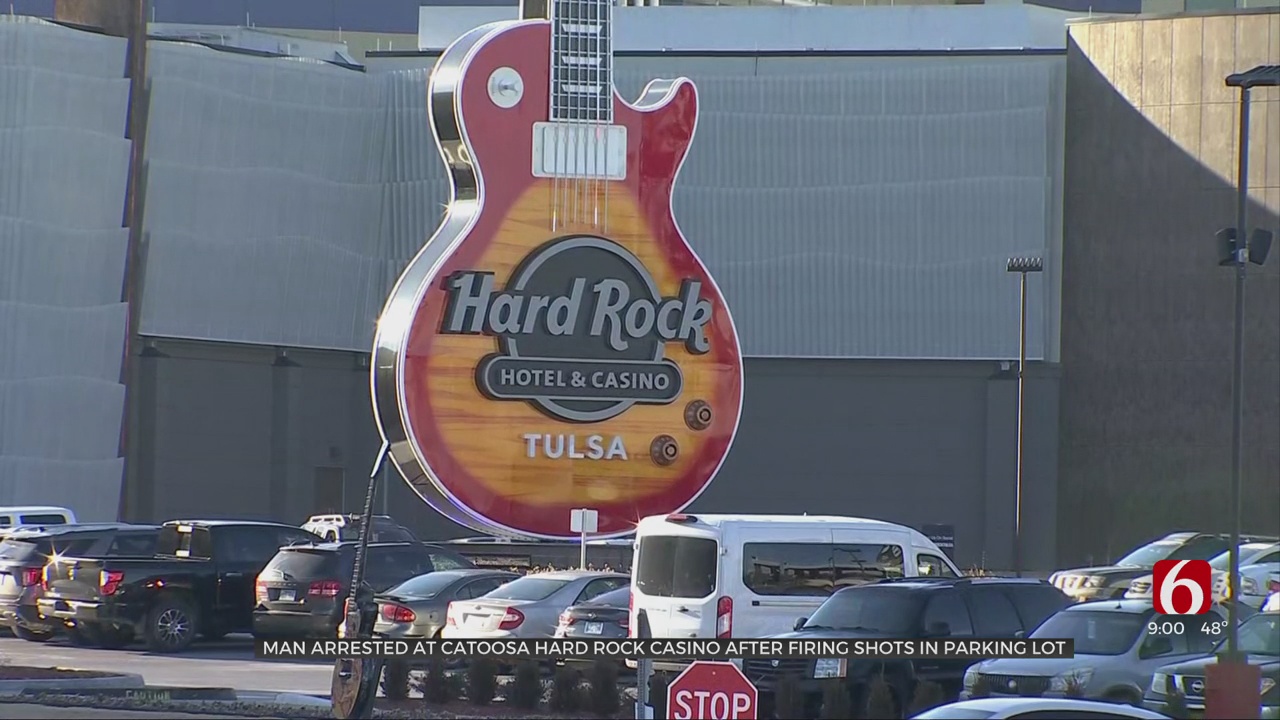 Police said after they arrested the suspect, the man told them he is a convicted felon.

His name is David Temple and Catoosa Police say he showed up on the property with an AR-15 rifle and shot at the golf course and vehicles in the parking lot.

In a statement, Catoosa Police Chief Ronnie Benight said Tulsa Police were already looking for this man because they said he had been shooting at vehicles on the interstate.

Catoosa Police say the suspect was driving a Tesla, so he stopped at a charging station at the casino and said he started shooting again.

Police responded after multiple calls of “loud and quick gunshots” on the property.

Police said there was also a bullet in one of the casino signs.

Investigators said the suspect had another rifle and two handguns loaded and ready to fire and a lot of ammunition in the car.

They believe the suspect was under the influence.

Brandon Scott from the casino said the suspect was not a guest or a customer. He said he’s glad everyone is safe.

“I’m just happy the security team did their job, no one was injured, no one was threatened, like I said, it went as well as a situation like that could go as far as patron safety and our security team,” said Scott.

The suspect was arrested and transported to the Rogers county jail facing multiple felony charges.