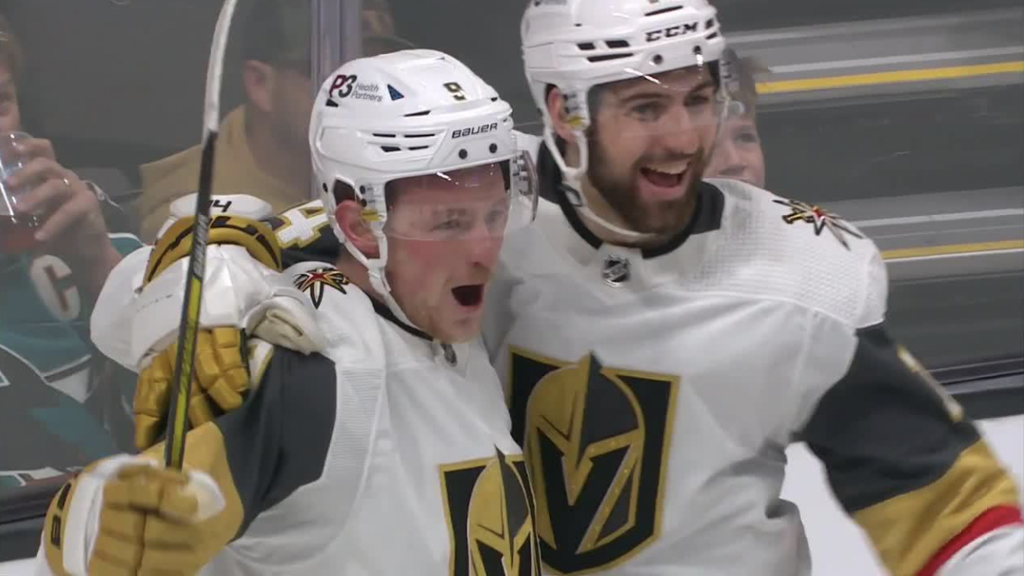 SAN JOSE — Jack Eichel scored his first goal for the Vegas Golden Knights in 4-1 win against the San Jose Sharks at SAP Center on Sunday.

Eichel, playing his third game with the Golden Knights, last scored on Jan. 28, 2021 as a member of the Buffalo Sabres. He was acquired in a trade on Nov. 4 and had artificial disk replacement surgery on his neck Nov. 12. He had an assist in a 4-3 overtime loss to the Los Angeles Kings on Friday.

Logan Thompson made 35 saves for his first NHL win in his second NHL start, and Eichel, Chandler Stephenson, and Max Pacioretty each had a goal and an assist for Vegas (29-18-4), which had lost three straight.

Keegan Kolesar gave the Golden Knights a 1-0 lead at 10:14 of the first period. Brett Howden sent a cross-ice pass to Kolesar, who scored from the right face-off circle.

Eichel put Vegas ahead 2-0 at 14:34 on a one-timer while skating four-on-four. Stephenson set Eichel up with a pass from behind the net.

Pacioretty increased the lead to 3-0 at 1:23 of the second period when his shot hit just under the crossbar. The goal was confirmed on video review, which determined the puck completely crossed the goal line.

Bonino cut it to 3-1 at 10:17 of the third period. Andrew Cogliano sent a pass from behind the net and Bonino scored from one knee.

Stephenson scored into an empty net with 33 seconds remaining for the 4-1 final.