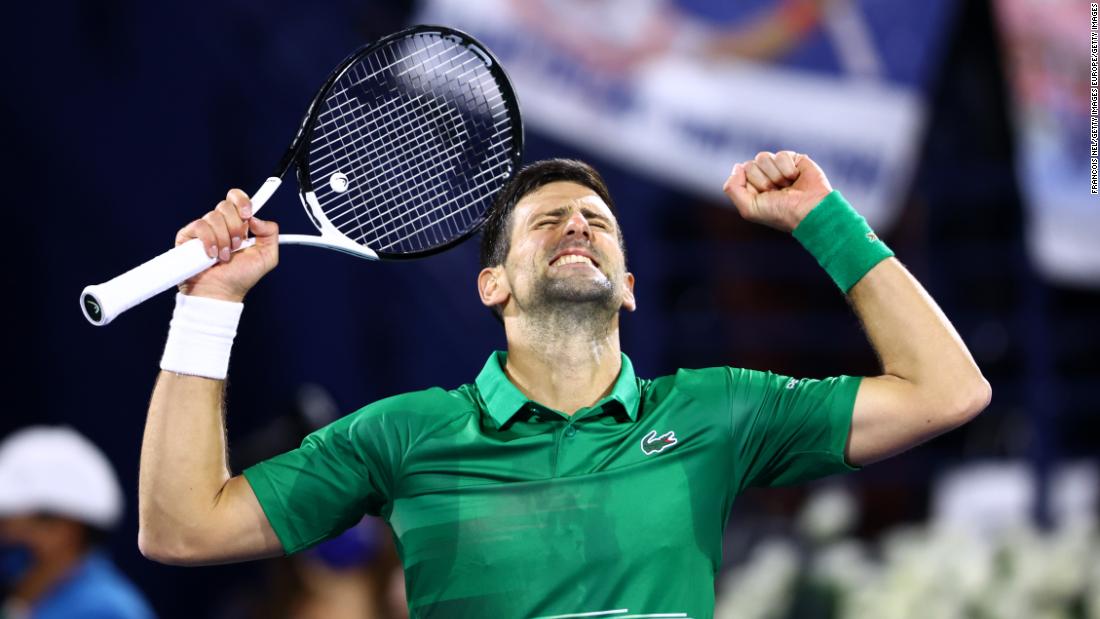 A month on from when he was deported from Australia ahead of the Australian Open, Djokovic returned to the tennis court to loud cheers in Dubai for a tournament he has won on five previous occasions.

And it took him just one hour and 14 minutes to wrap up the victory against 19-year-old Musetti and set up a second-round meeting with either Karen Khachanov or Alex de Minaur, who play on Tuesday.

“I couldn’t ask for a better reception. It’s been a while since I played the last match — I couldn’t pick a better place to kick-start the season,” Djokovic later said in his on-court interview.

“It was the best possible experience tonight and thank you very much for your support and welcoming me on the court the way you did.”

Djokovic became embroiled in controversy when he arrived in Australia in January without a valid Covid-19 vaccination exemption.

He was later deported, missing out on the chance to defend his Australian Open title and win a record-breaking 21st grand slam title.

Instead, it was Rafael Nadal who went on to achieve that feat, moving clear of Djokovic and Roger Federer at the top of the all-time list for men’s grand slam singles titles.

Before Monday’s game in Dubai, Djokovic told reporters that “there was lots of emotions after I came back from Australia, so I needed a little bit of time to reflect and to just mentally rest.”

The Serbian came out firing against Italy’s Musetti, breaking his opponent in the fourth game of the first set to take a 3-1 lead.

He then had to save three break points from 0-40 down the following game, before going on to wrap up the first set.

A third break of Musetti’s serve at 5-3 sealed the win.

“All in all, it’s a straight-set win so of course I have to be satisfied with my tennis, especially after not playing for two-and-a-half, almost three months,” Djokovic said.

Djokovic has spent a record 361 weeks as world No. 1, but he could lose his spot at the top of the rankings if Daniil Medvedev wins this week’s Mexican Open in Acapulco — even with a victory in Dubai.

The 34-year-old said before Monday’s game that he would be “the first one to congratulate” Medvedev if the Russian was to take his place as world No. 1.