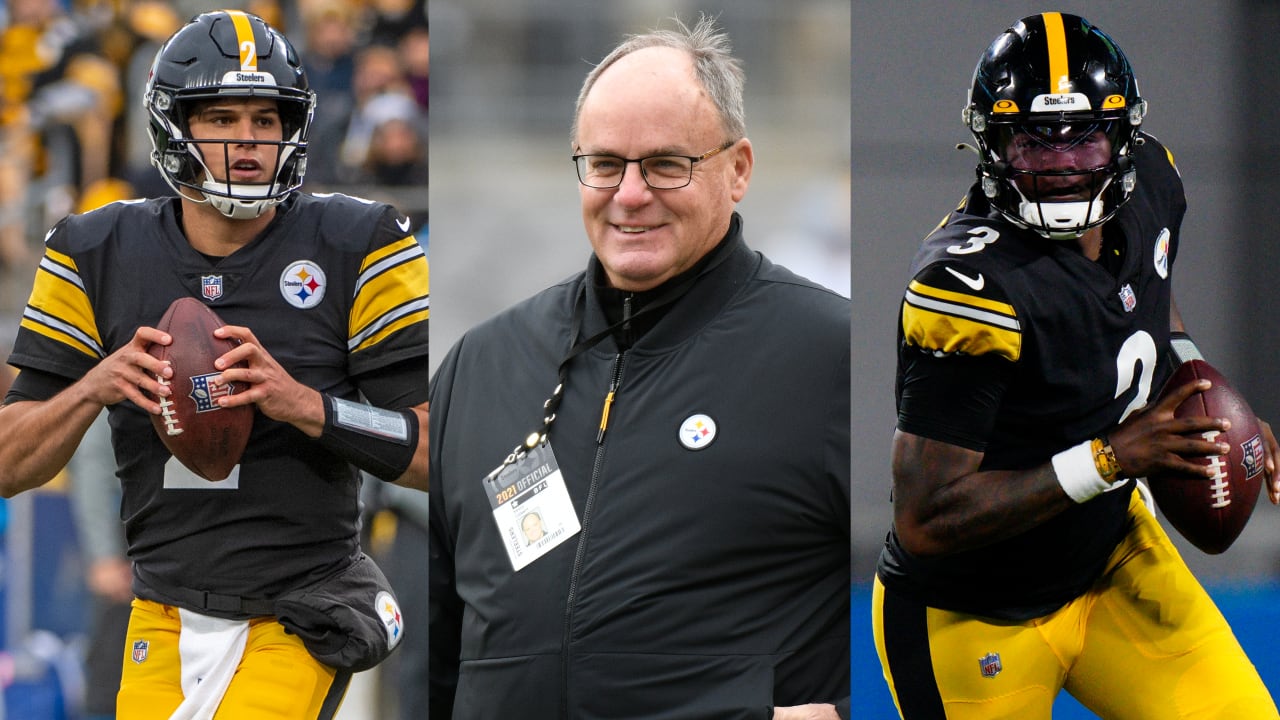 The post-﻿Ben Roethlisberger﻿ era has begun in Pittsburgh, and the path forward isn’t perfectly clear.

The Steelers aren’t exactly venturing into uncharted territory, either. Pittsburgh has usual backup ﻿Mason Rudolph﻿ under contract in 2022 and is expected to retain ﻿Dwayne Haskins﻿ via a restricted free-agent tender. General manager Kevin Colbert — who, like Roethlisberger before him, is in the midst of his final few months with the club — told reporters Monday the organization has Rudolph penciled in as its starter in 2022 for now.

“If we started a season today, Mason would be our starter,” Colbert said, via ESPN’s Brooke Pryor. “He’s 5-4-1 as a starter. We’re excited to see what’s next for Mason.”

The benefit of watching Roethlisberger walk off into retirement is quantifiable. Instead of carrying a massive salary cap number into 2022 with Roethlisberger, the Steelers have to account for just a little more than $10 million in space from the final year of Roethlisberger’s deal. Unlike last year, Pittsburgh has some room with which the club can work to upgrade its roster.

Such a reality could very well factor into how the Steelers proceed under center this offseason.

“We know we’re going to add to the position,” Colbert said of the quarterback position. “I can’t tell you how at this point. We will go to camp with four. If we had to start today with Mason as our starter, let’s go. We’ll try to build the best team around him.”

How the Steelers go about doing so will remain a topic of conversation in the weeks and months ahead. Pittsburgh doesn’t appear to have a long-term answer at quarterback, though the performance of Rudolph and/or Haskins could change that reality. So too could the first round of the draft, in which the Steelers own the 20th pick and could have a chance to choose between Liberty quarterback Malik Willis and local favorite Kenny Pickett, a standout at the University of Pittsburgh in 2021.

The Steelers could spend that pick elsewhere and move ahead with Rudolph and Haskins. They also have the cap space necessary to land a free-agent quarterback in an offseason that projects to include another entertaining turn of the quarterback carousel.

﻿Jimmy Garoppolo﻿ could be had via trade. The Steelers could attract another veteran looking for a new home. They could also pair a lower-level signing with a selection of a signal-caller. For the first time — and thanks very much to the cap space available to them — the Steelers have a number of avenues they can take to answer their most important question.

“I never view us as being that aggressive, front-of-the-line free agency team,” Colbert said, via WPXI’s Jenna Harner. “I wouldn’t anticipate that changing, traditionally we haven’t been — but we also haven’t had that cap room.”

The Steelers can spend the cap in a number of ways, potentially adding to their offensive line or on the defensive side of the ball. They could also use the majority of it to address quarterback.

Regardless, the football world will keep an eye on Pittsburgh, where one or two significant signal-calling dominoes could fall this offseason.