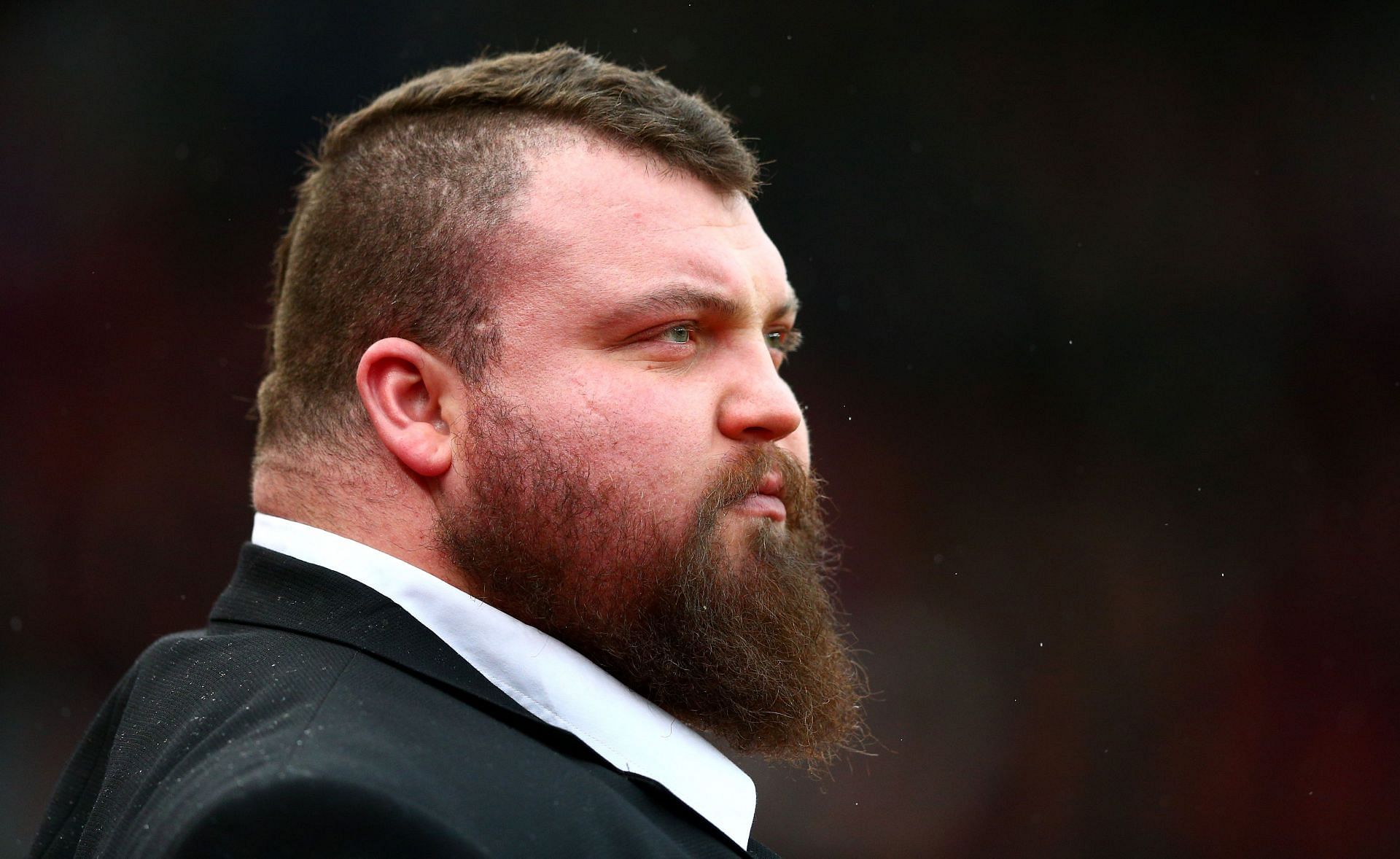 Eddie Hall has showcased his work on the pads ahead of his fight with Thor Bjornsson.

The fight itself was announced in November 2020, stemming from a social media beef between the two strongmen. The bout was originally set for September 2021, but Hall was forced out due to an injury. Bjornsson instead faced Devon Larratt. ‘The Mountain’ won via first-round TKO.

While Bjornsson has come in with three boxing bouts to his name, the English strongman has none. Hall has been relatively quiet in terms of showcasing his progress. However, he did take to social media to showcase some recent pad work a month away from his boxing debut.

The English boxer took to Instagram to showcase his training. He also said in his caption that he’s prepared for the fight, and he has no problem stamina-wise. He said:

“Purposely kept heavy throughout my camp for Power, and I fully intend on delivering it. And don’t worry I can work for 10 rounds! I’m calling this journey…. ‘The Desolation of Thor’. Almost time for that big crybaby to pay!”

See Eddie Hall hitting pads in the video below:

Eddie Hall vs. Thor Bjornsson is set for March 22

After years of waiting and multiple postponements, Eddie Hall and Thor Bjornsson are finally set to clash in Dubai next month. The fight is set for March 22 at the Dubai Duty Free Tennis Stadium.

Both men are coming into the bout in very different circumstances. ‘The Mountain’ has had considerably more ring time, as he has three exhibition boxing matches to his name. His first two bouts against Steven Ward and Simon Vallily were both draws.

However, he did capture the first victory of his boxing career last September. He knocked out former arm-wrestler Devon Larratt in the first round to set the stage for his clash with Hall.

Hall, meanwhile, has zero boxing bouts to his credit. While he took up the sport in preparation for his showdown with Bjornsson, his training has been stagnated due to injuries. Most notably, a bicep injury forced the Briton to pull out of his first scheduled contest with ‘The Mountain’.

As of now, the fight is on for Dubai next month.

However, considering events the past, it remains to be seen if the two strongmen will actually compete in their long-awaited grudge match.