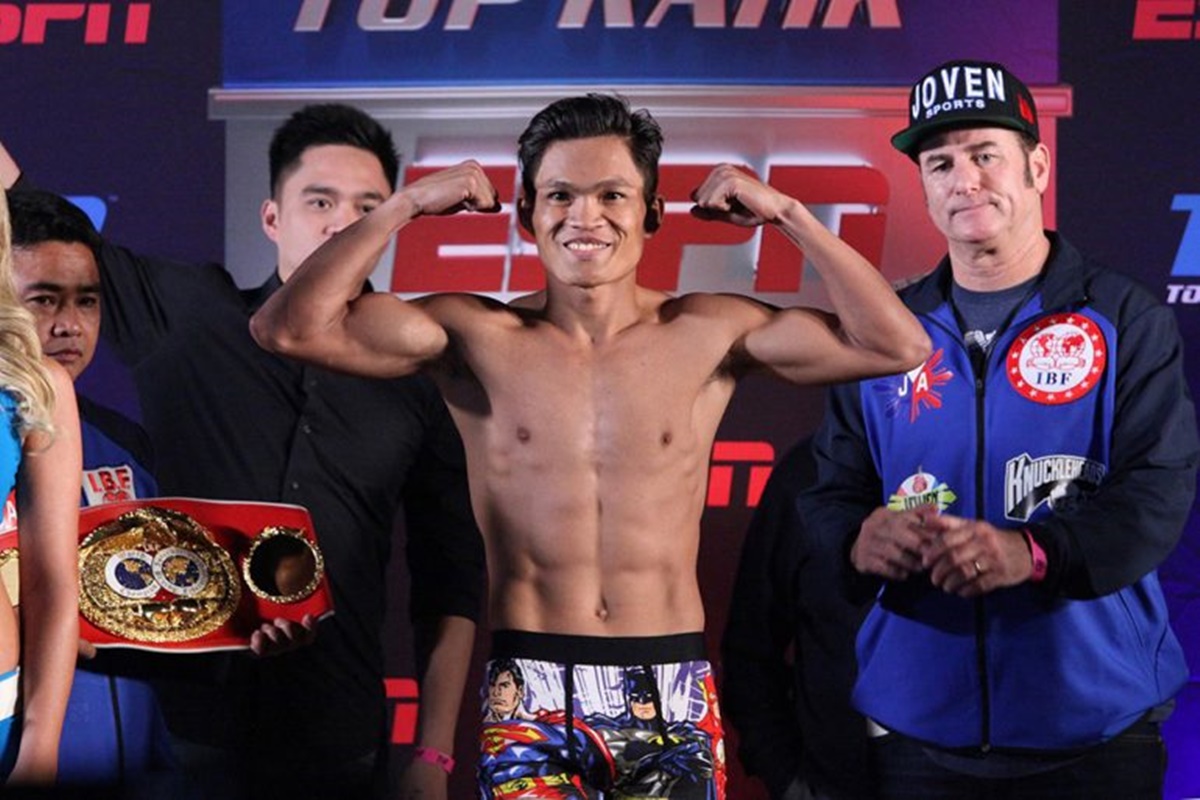 One of boxing’s most exciting fighters, Jerwin Ancajas, (33-1-2, 22 KO’s) in his 6th year as the IBF Super Flyweight champion will hit Sin City for the first time in his career on Saturday, February 26 when he looks to make a (remarkable) 10th title defense. Ancajas will battle Fernando Martinez at The Cosmopolitan of Las Vegas.

Martinez, of Buenos Aires, Argentina, while undefeated at 13-0 (8 KO’s), will be making a serious step up in class against champion Ancajas. Martinez, who has fought in Dubai, London and Argentina, will be stepping into the ring for the first time in the United States.

After turning pro in 2009, Ancajas worked his way to an impressive 24-1-1, under the direction of coach and manager Joven Jiminez, and advisor Sean Gibbons, who heads up Manny Pacquiao’s “MP Promotions”. Ancajas earned a title shot at Puerto Rico’s McJoe Arroya, in 2016, for the IBF world Super Flyweight title. Ancajas picked up the title with a UD 12 over Arroyo and has now gone on to make 9 impressive title defenses over the last 5 1/2 years.

Ancajas was scheduled to meet Japan’s Kazuto Ioka (28–2, 15 KO’s) in December but Covid shelved that bout. But, according to advisor Sean Gibbons, if Ancajas gets by Martinez, the Ioka bout is the fight they will look to lock up.

“Jerwin is excited to get back in the ring for his first bout of the year”, said Vegas-based Gibbons. “Covid has been tough on boxing and after only fighting once last year, Jerwin is very pumped up to make his 10th title defense. After he beats Martinez, we will look to get the Ioka fight. Jerwin wants to fight the best in his division and show everyone he is the best 115-pound fighter in boxing,” said Gibbons.

The only fighter who currently has held his world title longer than Ancajas is Thailand’s minimumweight Thammanoon Niyomtrong who won his WBA title just a couple of months before Ancajas won his IBF strap back in 2016.

“Jerwin is such an exciting fighter,” said Gibbons. “He really wants to unify the belts and confirm what everyone knows – that he is indeed the best fighter at 115-pounds. He has 6 stoppages in his 9 title defenses, and he will have 7 stoppages, and an incredible 10 title defenses under his belt after the 26th,”he continued. “Jerwin can box, he can bang, he can do it all. WBO, WBA, WBC. Line ‘em all up, because Jerwin is taking names and collecting belts,” said Gibbons.