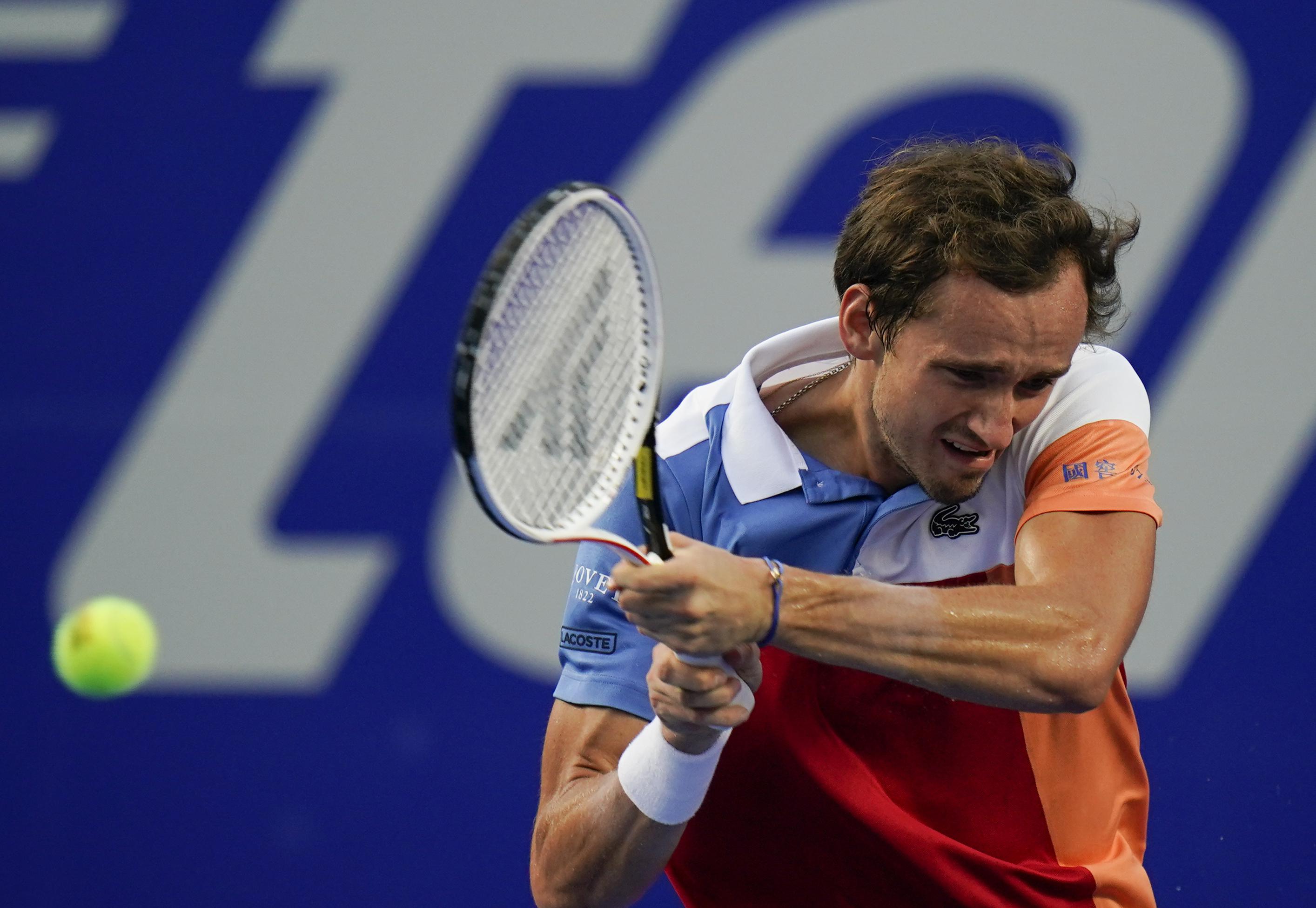 ACAPULCO, Mexico (AP) — Daniil Medvedev and Rafael Nadal had comfortable wins on Wednesday at the Mexican Open and a rematch of their epic five-set final at the Australian Open appears to be on the horizon.

Medvedev took another step toward top spot in the ATP rankings with a dominant 6-1, 6-2 second-round victory over Pablo Andujar while Nadal cruised past Stefan Kozlov 6-0, 6-3.

If Medvedev beats either Taylor Fritz or Yoshihito Nishioka in the quarterfinals and Nadal does the same against Tommy Paul, the two players will meet again in the semifinals less than a month after the Spaniard rallied to win the final at Melbourne for his record 21st Grand Slam singles title.

The 26-year-old Medvedev is trying to replace Novak Djokovic atop the rankings and could achieve that goal if he wins the title in Acapulco.

He needed just over an hour to beat Andujar the morning after defending champion Alexander Zverev was kicked out of the Mexican Open for violently smashing his racket on the umpire’s chair moments after losing a doubles match.

“If I do it it’s going to mean a lot, there would be a lot of statistics mentioned, since when this or since when that … it´s going to be fun, but first I have to achieve it, it´s my main goal to win as many matches as possible in the next few weeks”, Medvedev said.

Medvedev beat Djokovic in the U.S. Open final last September to win first major title and, at his next Grand Slam event, reached the final at the Australian Open on Jan. 30 before losing to Nadal.

Also on Wednesday, Marcos Giron beat Pablo Carreño Busta 6-7 (7), 6-4, 7-6 (4) and is waiting for the outcome of the late match between Stefanos Tsitsipas and J.J. Wolf.

Also, Cameron Norrie beast John Isner 6-7 (2), 6-3, 6-4 and will next play Peter Gojowczyk, who entered the draw as a lucky loser and qualified for the quarterfinals without playing after Zverev was thrown out of the tournament.

The Mexican Open is played on the hard courts of the Arena GNP in Acapulco.