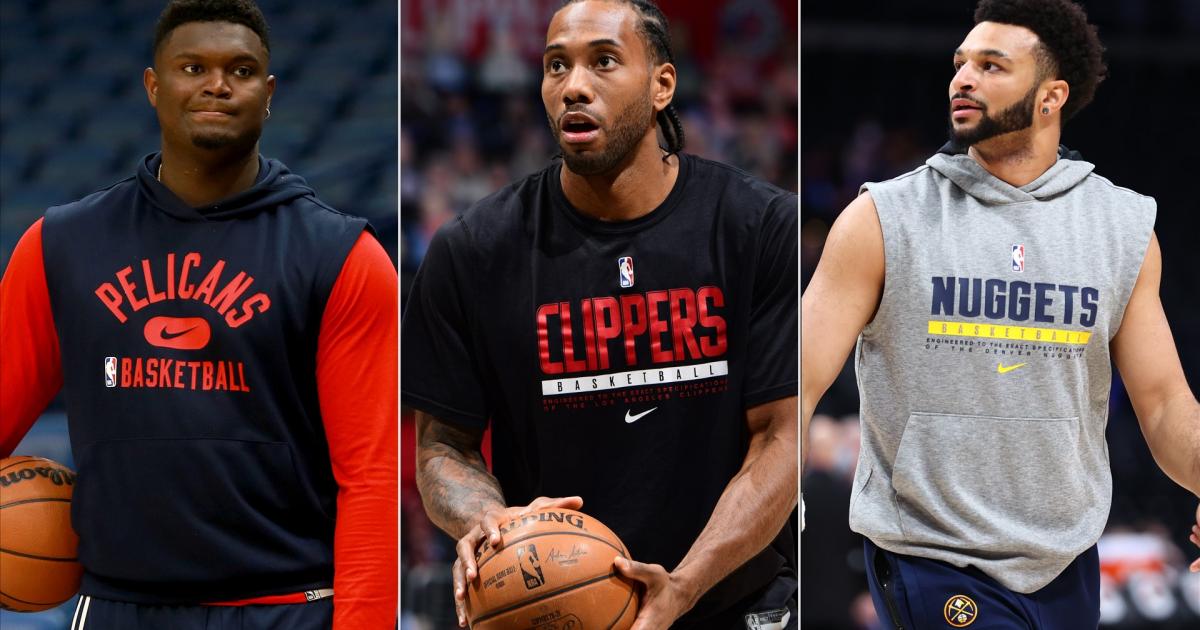 The All-Star break has come and gone as we shift our focus to the final 20-plus games of the 2022 NBA regular season.

With just over six weeks remaining in the season, time is ticking on injured players to make their return (or debut) before the postseason.

Will superstars like Kawhi Leonard or Zion Williamson take the floor at all this season? Will the Nuggets get their star tandem of Jamal Murray and Michael Porter Jr. back before the playoffs?

Below you can find the latest injury timelines on those players and more as we enter the home stretch of the season.

NBA injury updates: Who could return after the All-Star break?

Ahead of the season, it was revealed during the Pelicans’ media day that Williamson underwent surgery to repair a fracture in his right foot during the offseason.

The team was hopeful that Williamson would make a full recovery and return to action at some point during the regular season, but each update since then has only gotten more obscure.

MORE: JJ Redick rips Zion on “First Take” for being a “detatched teammate”

The latest update came closer to the All-Star break, where Pelicans vice president David Griffin announced, “We hope that towards the end of next week or beginning of the following, we’ll have some imaging done and have a better update.”

That non-update still leaves us in question if Williamson will play in 2022. Stay tuned.

Leonard has been sidelined since the end of Game 4 of the 2021 Western Conference Semifinals after he suffered a partially torn ACL.

At Clippers media day ahead of the season, the team went with a very vague statement, calling Leonard’s injury “day-to-day.”

The next update didn’t come until January, where Yahoo Sports’ Chris Haynes reported Leonard was “ahead of schedule” with his recovery and a return to the court this season was a “strong possibility.” However, a month later, in February, head coach Tyronn Lue said, “We know Kawhi’s probably not gonna come back this season.”

Those conflicting reports still leave us in the dark on his potential return, but coming directly from the head coach, it’s probably safe to assume Leonard won’t return until the 2022-23 season.

George has been out since Dec. 23 after suffering a torn UCL in his right shooting elbow.

The Clippers’ original report stated that George would be re-evaluated in three-to-four weeks, but once that time period was up, the team decided George still needed “a few more weeks” of rest to see how his elbow responds.

On Feb. 16, just before the All-Star break, Yahoo Sports’ Haynes reported that if George’s evaluation came back clean, the team expects him to go through “a two-week ramp-up period” and if there were no setbacks, he could return as soon as the second week in March.

That report suggests George’s return is a matter of when not if.

Paul suffered a bizarre hand injury in the Suns’ final game before the All-Star break, which was later deemed a “thumb avulsion fracture.”

Just before tip-off of the All-Star Game, TNT’s Allie LaForce reported the thumb fracture is expected to sideline Paul for six-to-eight weeks, putting a potential regular-season return in jeopardy.

With just over six weeks remaining in the season and the Suns owning the best record in the NBA (48-10), there won’t be much rush to get their star point guard back before the NBA Playoffs.

Expect Phoenix to be patient in hopes that the future Hall of Famer makes a full recovery to get ready for another push to the NBA Finals.

Lillard last played on Dec. 31 before being shut down due to lower abdominal tendinopathy. On Jan. 13, the Trail Blazers announced the All-Star guard underwent abdominal surgery.

According to Yahoo Sports’ Haynes, Lillard was expected to miss six-to-eight weeks from the surgery. On Jan. 22, Lillard spoke to the media for the first time since the injury, stating he’s “not in a rush” to return and that there were “more discussions to be had” once he’s re-evaluated following the original six-to-eight-week timeline.

The Trail Blazers aren’t in the playoff picture – never mind a title contender – so expect Lillard and the organization to take a cautious approach with their franchise player. There’s a good chance he may not play again this season.

Murray has been sidelined since April of last season after suffering a torn left ACL. He has yet to return to the court this season, but the latest update suggests his debut could be coming during this home stretch of the season.

On Feb. 11, Nuggets president Tim Connelly shared that he thinks both Murray and Michael Porter Jr. (who we’ll get to next here) will be physically cleared to return “hopefully in the not too distant future,” according to Altitude Sports’ Chris Dempsey.

ACL injuries are typically a one-year recovery, so Murray could make his return before the 2022 NBA Playoffs.

Porter played in nine games this season before leaving a contest with lower back tightness. This raised a cause for concern given the 23-year-old missed his entire rookie season recovering from back surgery.

It was reported that Porter was dealing with a nerve issue in his back and on Nov. 29, it was announced he would undergo “a surgical procedure on his lower back,” sidelining him for an “indefinite period.”

As mentioned in Murray’s section above, an update was provided on Feb. 11 when Nuggets president Connelly stated that he thinks both Murray and Porter will be physically cleared to return “hopefully in the not too distant future.”

The Nuggets could be a scary playoff opponent if both Murray and Porter make a return.

Hayward was dealing with a foot injury that caused him to miss a few games starting on Jan. 23, then he entered COVID-19 health and safety protocols. Even once he cleared protocols, he was still sidelined due to his foot ailment. He finally made his return on Feb. 4 and played sparingly in two games before going down with an ankle injury.

Hayward underwent an MRI on his left ankle which revealed sprained ligaments, listing him “out indefinitely.”

Even out of the All-Star break, the Charlotte Observer’s Rod Boone reported Hayward is expected to be “out for a while.”

The Hornets have fallen apart in Hayward’s absence, going 3-14 over the 17-game stretch since his Jan. 23 injury.