Tyson Fury takes his son for a ride in Rolls-Royce 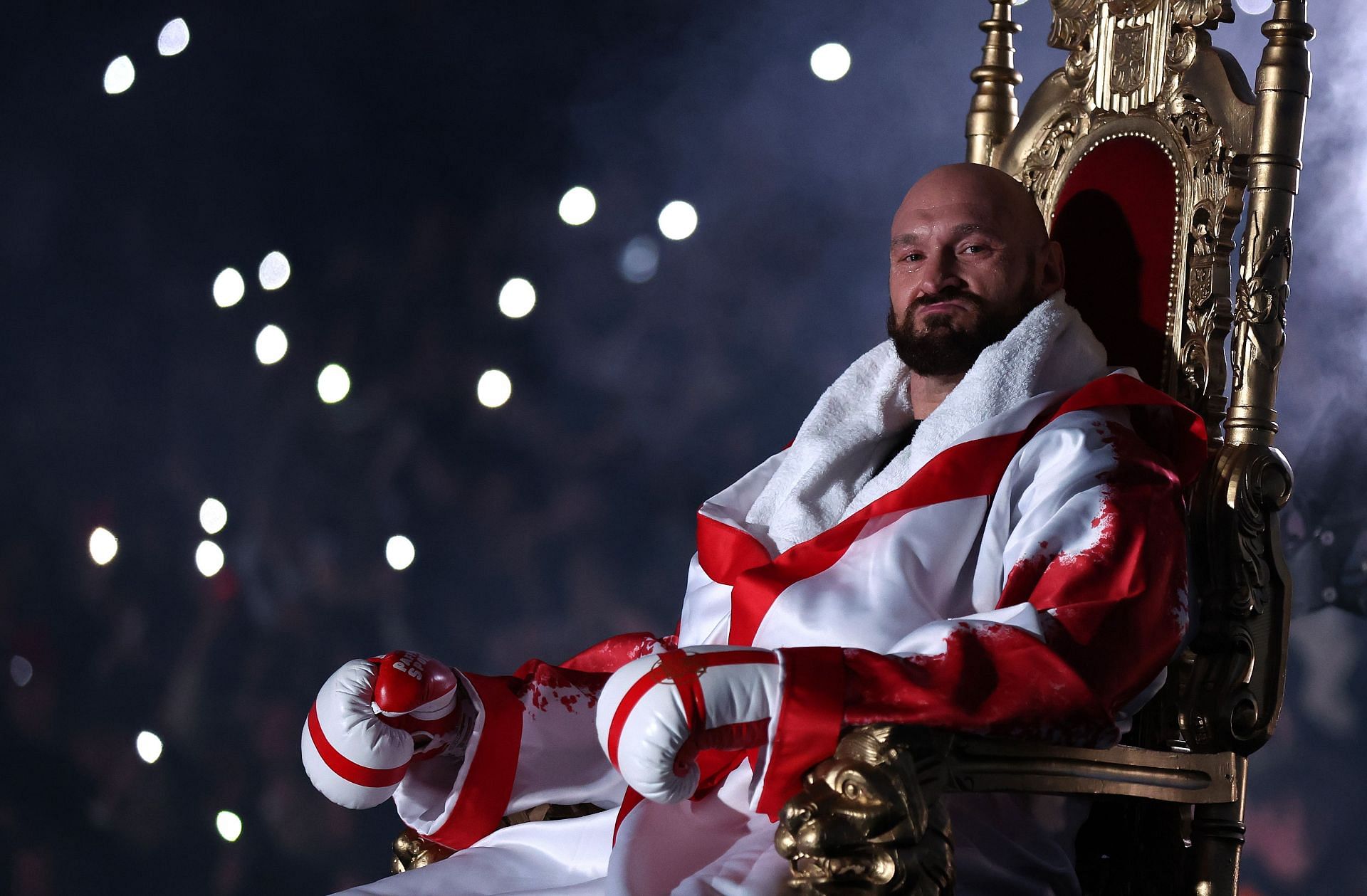 Tyson Fury was recently seen taking his son for a ride in a Rolls-Royce as the pair made their way to Manchester. Fury also mentioned in the video that he has been training six days a week.

Following his sensational knockout of Dillian Whyte at Wembley Stadium in front of a record-breaking 94,000 people, Fury announced his retirement from boxing.

Watch the fight highlights between Fury and Whyte:

However, there are some who believe that ‘The Gypsy King’ will return to the ring to face the winner of Anthony Joshua vs. Oleksandr Usyk 2. The bout is rumored to be taking place in mid-August in Saudi Arabia.

Tyson Fury’s son was particularly jovial in the clip and had the following to say:

“Hey up everybody, come on, I’m back… Me and me Dad going straight to Manchester in a Rolls-Royce. Get up!”

Later in the video, the WBC Heavyweight Champion spoke about his recent training regime:

“Just finished a lovely run, down the front with Bobby Howard and Matty. Absolutely smashed it this morning. I ran six times this week and trained six times as well. Absolutely doing fantastic, no excuses from me.”

Watch the full video with Tyson Fury and his son:

Will Tyson Fury return to the ring?

While Fury has stayed in shape since hanging up his gloves, there is no guarantee that he will return to the ring.

Fury’s battle with depression has been well-documented and ‘The Gypsy King’ might be staying active to avoid a recoccurence of his issues in 2016 and 2017. After defeating Wladimir Klitschko, the heavyweight champion suffered extreme weight gain due to alcoholism and other problems.

Regardless, one of Fury’s most recent boxing promoters, Bob Arum, is not convinced that he has left the sport for good. He believes a lucrative fight will be too tempting to turn down.

Bob Arum: “Tyson Fury is retired and he will be retired until we come to him with the next big event and then he will unretire.” [@FightNews]

Bob Arum: “Tyson Fury is retired and he will be retired until we come to him with the next big event and then he will unretire.” [@FightNews]

Fury is currently undefeated and is already seen by many as one of the best heavyweights of all time. However, a win against Joshua or Usyk would cement his legacy and allow him to become the first Undisputed Heavyweight Champion since Lennox Lewis.