Sports News Roundup: NBA-Curry’s improved defense shows he is more than just a sharpshooter; Tennis-I would probably not have played any other Grand Slam with my injury, says Nadal after French win and more 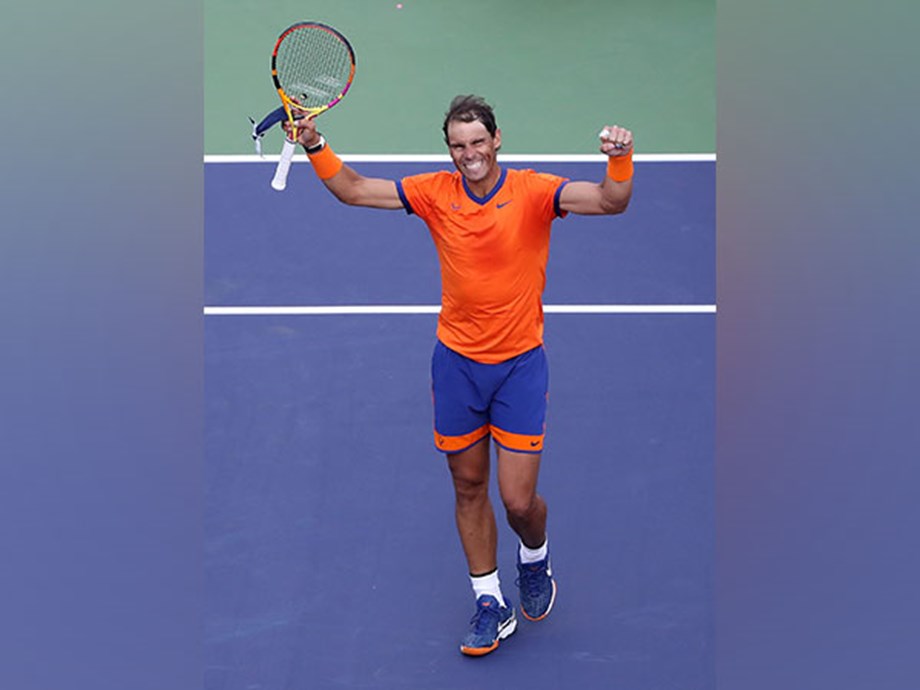 The “Baby-Faced Assassin” is all grown up. Stephen Curry’s youthful appearance mixed with his lethal shooting earned him that moniker early in his career and while opposing teams feared him pulling up from just about anywhere on the court, they saw him as a defensive liability. Not anymore.

Tennis-I would probably not have played any other Grand Slam with my injury, says Nadal after French win

Rafael Nadal would probably not have played any Grand Slam other than the French Open with the chronic foot injury that needed numbing injections in Paris, the 14-time Roland Garros champion said on Monday. The Spaniard’s record-extending triumph on the Paris clay earned him an all-time best 22nd men’s singles major with a 6-3 6-3 6-0 crushing of Norway’s Casper Ruud and put him two titles clear of Roger Federer and Novak Djokovic

Rob Valetini’s recovery from injury could mean a selection headache for the ACT Brumbies’ Super Rugby semi-final against the Auckland Blues, with young lock Tom Hooper has proved a revelation in the back row. Playing at blindside flanker, second-year player Hooper was instrumental in quelling Ardie Savea in Saturday’s quarter-final win over the Wellington Hurricanes, while also impressing with a number of strong carries.

Auctioneers are expecting a one-of-a-kind LeBron James trading card to fetch more than $6 million when it goes up for sale this week. The “Triple Logoman” card, a single-issue card featuring the 18-time NBA All-Star, includes patches taken from jerseys James wore while with the Cleveland Cavaliers, Miami Heat, and Los Angeles Lakers.

Eduardo Escobar drove in six runs while hitting for the cycle and Carlos Carrasco allowed two runs on five hits over seven innings as the New York Mets routed the host San Diego Padres 11-5 on Monday night. Escobar finished 4-for-5. His single, homer, and triple drove in two runs apiece. Escobar logged the 11th cycle in Mets history but the first since Scott Hairston accomplished the feat in 2012. The third baseman capped a three-run Mets first with a two-run single against Padres starter Blake Snell (0-3).

Former FIFA President Sepp Blatter and ex-UEFA President Michel Platini are due to appear in a Swiss court on Wednesday facing corruption charges which triggered their downfall from the summit of global football. Swiss prosecutors accuse the pair, once among the game’s most powerful figures, of unlawfully arranging the payment of two million Swiss francs ($2.08 million) in 2011 from FIFA to Platini.

Britain’s Emma Raducanu said she will not rush into a decision over appointing a permanent coach as she begins preparations for the grasscourt season ahead of Wimbledon, which commences later this month. The 19-year-old has been without a full-time coach after splitting with German coach Torben Beltz in April.

Tennis-Auckland Open back for 2023 after COVID hiatus

Top-class tennis will return to New Zealand next January for the first time in three years with big names promised for the men’s and women’s Auckland Open tournaments, organizers said on Tuesday. Serena Williams was the last champion of the WTA event at the ASB Tennis Centre in early 2020 before New Zealand locked down its borders in an attempt to keep the COVID-19 virus out of the country.

This year’s Billie Jean King Cup Finals will be played on indoor hard courts in Glasgow, the International Tennis Federation (ITF) said on Tuesday. As hosts, Britain, who were beaten by the Czech Republic in the qualifiers in April, will be awarded the final berth in the 12-team competition.