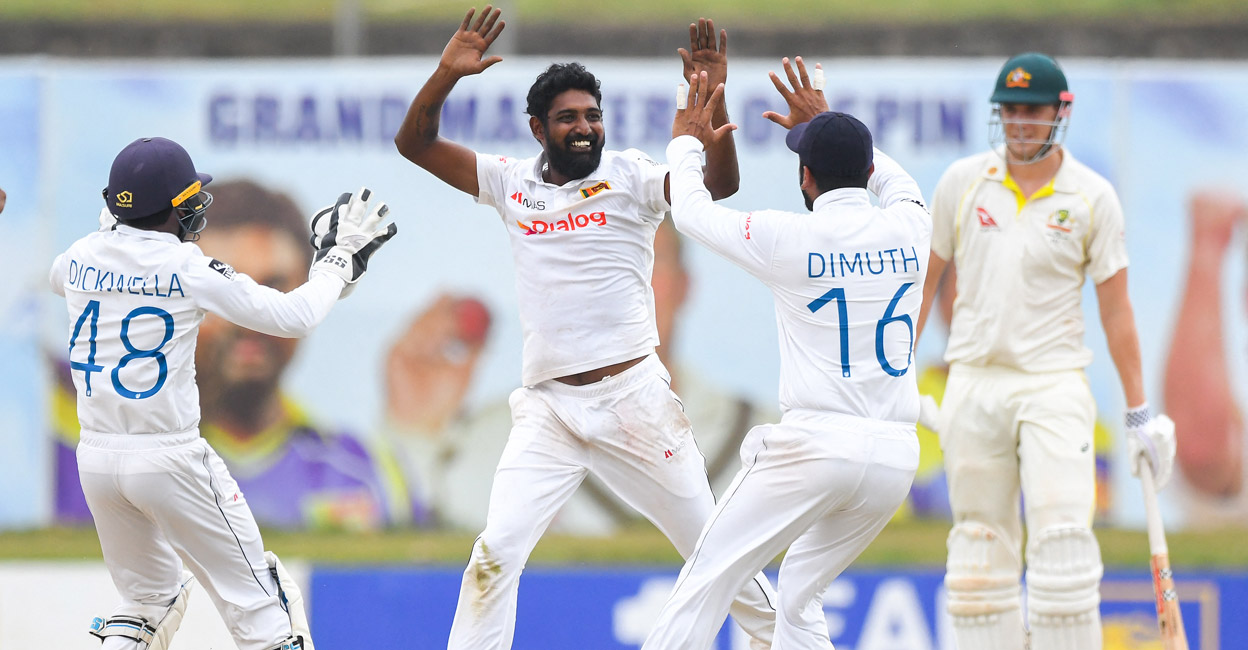 Sri Lanka grabbed international headlines during the week that went by over the incidents that took place in Colombo which ended in President Gotabaya Rajapaksa fleeing the country and taking refuge in Singapore. The country was on the boil on account of a severe financial crisis which caused shortage of essential items, including diesel and medicines, forcing the government on the back foot. However, the sudden turn of events involving storming of presidential palace and setting fire to the private residence of the Prime Minister underlined the fury of the people against the elected government that could not be controlled by the police and armed forces. Though the exit of Gotabaya and his subsequent resignation signalled a victory for the protesters, the troubles plaguing the island nation are far from over. The new administration that takes office will need to tread a careful path while guiding the country back to good financial health.

Amid the news of despair and suffering emanating from this country, one almost missed out a significant victory scripted by the Sri Lankan cricket team. In the second Test of a two-match series played at home against Australia, Sri Lanka defeated their rivals by a massive margin of an innings and 39 runs. This win, which came after a 10-wicket loss in the first Test helped the hosts square the series and emerge with their pride in tact. The Lankans were also badly affected on account of a bout of COVID-19 infection among the players and were without Dhananjaya de Silva, their in-form batsman, and Asitha Fernando, the fast bowler who has been among the wickets of late. The win was a considerable achievement for a side that is currently placed at No. 7 in the International Cricket Council (ICC) rankings for Test playing nations, with only the West Indies, Bangladesh and Zimbabwe below in the pecking order. It was also a sweet comeback for the side after the heavy loss in the first Test.

This victory was made possible by the efforts of an unlikely duo – an experienced right-handed batter and a rookie left arm-spinner playing in his first Test. Dinesh Chandimal held the Sri Lankan innings together with an exemplary double century that helped the hosts not only surpass the Aussie first innings total of 364, but also helped them get a substantial lead of 190. Batting at No. 5, Chandimal built on the excellent foundation laid by skipper Dimuth Karunaratne, Kusal Mendis and Angelo Mathews and wore down the bowling attack of the visitors, which consisted of Mitchell Starc, Pat Cummins, Nathan Lyon and Cameroon Green, to take his side to an unbeatable position. In the first phase he guided newcomer Kamindu Mendis to a half-century during a 133-run partnership for the fifth wicket. The inspiration that Chandimal’s batting provided to his team members was evident from the manner in which he was supported by tailenders Jayasuriya and Karun Rajitha, with whom he added 56 runs for the last two wickets, with neither contributing even a single run!

If Chandimal’s performance with the bat was not completely unexpected given the fact that he had played the game at the highest level for more than a decade, the star turn of Jayasuriya would have surprised even his more ardent supporters. He was drafted into the playing eleven only at the last moment on account of the COVID bug that laid low other senior players. But he bowled like a seasoned pro and returned with the match-winning figures of 12 for 177. His bowling in the second innings was particularly impressive as he wove a web around the top Aussie batsmen, dismissing Usman Khwaja, Steven Smith and Marcus Labuschagne in quick succession, before running through the tail in the company of Mahesh Theekshana, another debutant, and Ramesh Mendis. The famed Aussie batting came apart completely, unable to confront the challenges posed by this inexperienced and unheard of bowling trio.

This brilliant display has straightaway propelled Jayasuriya into the record books. His match figures place him at fourth position among the best performances by bowlers on Test debut, behind Narendra Hirwani and Bob Massie, both of who took 16 wickets, and Fred Martin of England who scalped 12 in 1890. By any standards, it was a dream debut for this 30 year old, who incidentally failed to take a wicket in the two One-Day Internationals (ODIs) that he played. He improved as the game went on and deserved each of the wickets he got. It is to his credit that he bowled well within himself and did not allow success to go to his head by trying anything outlandish.

History tells us that none of the bowlers who picked up 12 wickets on their Test debut stayed long enough in the game at this level to increase their tally to 100. While Massie ended up with 31 wickets from six Tests and Hirwani fared slightly better with 66 scalps from 17 matches, Martin could play only one more game after his sensational debut. The only other player to pick up 12 wickets on debut – Jason Krejza of Australia who had figures of 12 for 258 against India in 2008- too played only one Test after the sensational start. It would be a tough act for Jayasuriya too to live up to the heightened expectations borne out of his stellar performance on debut.

But, for the moment one should ignore history and stop worrying about the future and focus on the present by congratulating the Sri Lankan players on their incredible victory. They had to do the battle on many fronts – against the top rated Test side on the field, shortage of players due to outbreak of Cove-19 infection within the squad and an explosive external environment brought about by financial crisis and political uncertainty within the country. But they faced all the above challenges with a brave heart to emerge as worthy winners. Victories of this nature carry with them the potential to elevate the mood of the entire nation and bring in a wave of optimism and positivity that Sri Lanka needs so urgently.

Kudos to Karunaratne and his boys on their outstanding victory! Let us hope that this win signals the resurgence of Sri Lankan cricket as well as the return of normalcy in that country.