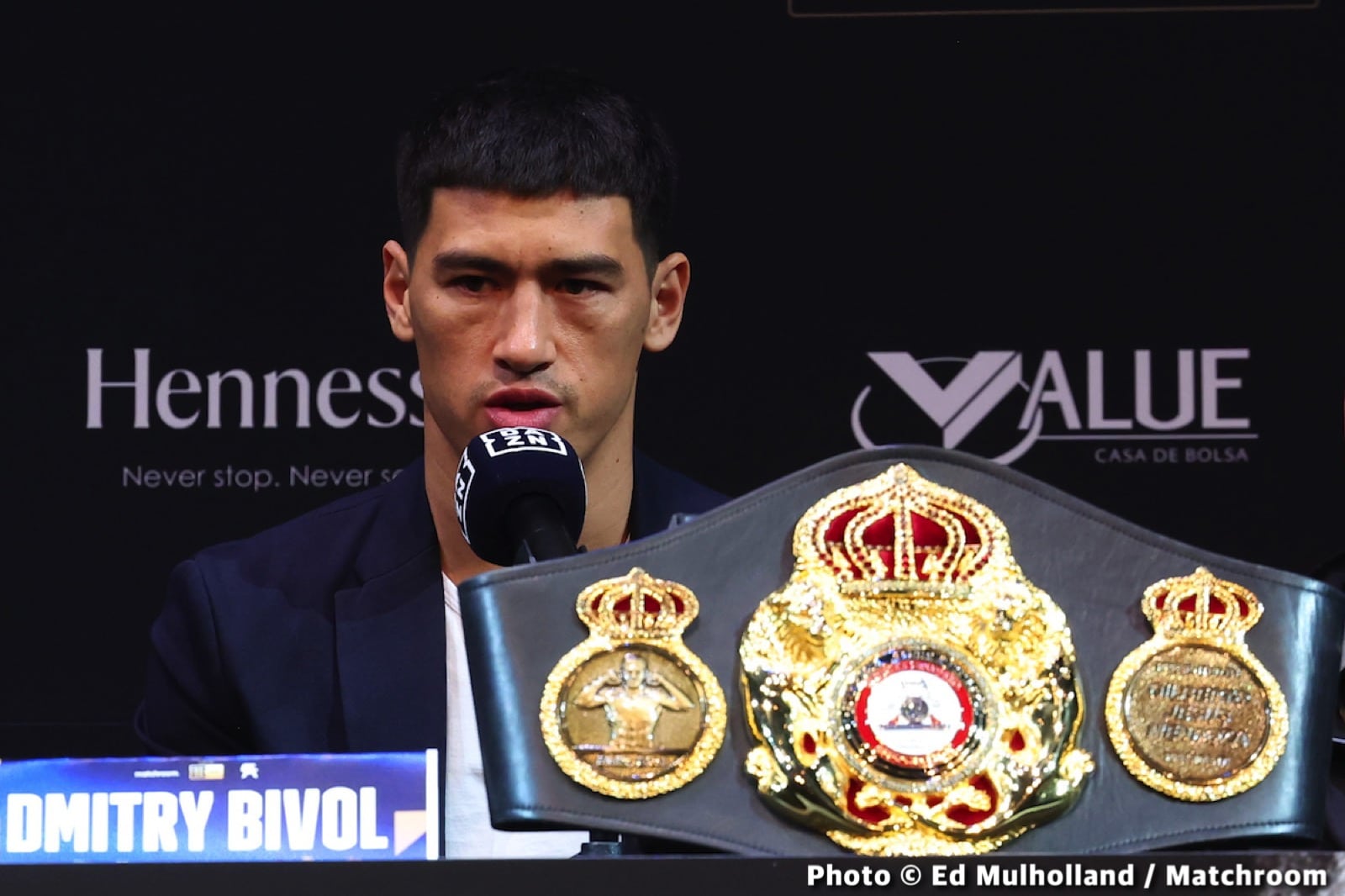 Matchroom Boxing promoter Hearn states that he’s already asked the WBA for an exception to allow Bivol (20-0, 11 KOs) to defend against Buatsi (16-0, 13 KOs) next ahead of the recently ordered match against #1 Ramirez.

Hearn is waiting for the WBA to let him know if they’ll grant his request for an exception for Bivol. If they accept it, Bivol will defend against the 2016 Olympian Buatsi in October or early November, likely in the UK.

Hearn says Bivol may need to fight Buatsi & Ramirez before facing Canelo Alvarez in a rematch next May 2023.

Bivol defeated Canelo earlier this year on May 7th, and the Mexican star chose to take on Gennadiy Golovkin next on September 17th. Canelo had spoken of wanting to rematch Bivol immediately, but he’s changed his mind and will take the trilogy with GGG instead.

“Yeah, Zurdo has been called as a mandatory, but we already put in an exception for Bivol to fight Joshua Buatsi. So that will be reviewed by the WBA,” said Eddie Hearn to the DAZN Boxing Show about his hopes to have the WBA allow Joshua Buatsi to challenge WBA 175-lb champion Dmitry Bivol ahead of mandatory Gilberto ‘Zurdo’ Ramirez.

“He’s [Bivol] going to have to fight one or both of those guys ahead of Canelo Alvarez, and they’re both very dangerous fights,” Hearn said. “Buatsi is a great talent. Gilberto Ramirez is a great talent as well, a former world champion [at 168].”

Those are both tough fights for Bivol, and he’s going to need to go through the wringer if he must fight Buatsi & Ramirez before he gets to the Canelo rematch next May.

That works in Canelo’s favor because those two light heavyweights could deplete Bivol, and he may not be at the same level next year that he was in their first fight.

The trilogy fight for Canelo against Golovkin (42-1-1, 37 KOs) won’t be a walk in the park, but it’s an easier fight on paper due to GGG’s advanced age compared to what Bivol will need to go through against Buatsi & Ramirez.

“Canelo has made it quite clear that he wants to fight Gennadiy Golovkin [in September], and then he wants to rematch Dmitry Bivol in May,” said Hearn.

“So, we’re a little bit up against time. I think October and early November are really realistic for Dmitry Bivol’s next fight. We’re talking to the World of Boxing. Obviously, he’s under contract with us.

“We’ll be planning out his [Bivol] next fight, whether that’s Buatsi or Ramirez, it’ll be one of those guys next,” said Hearn.