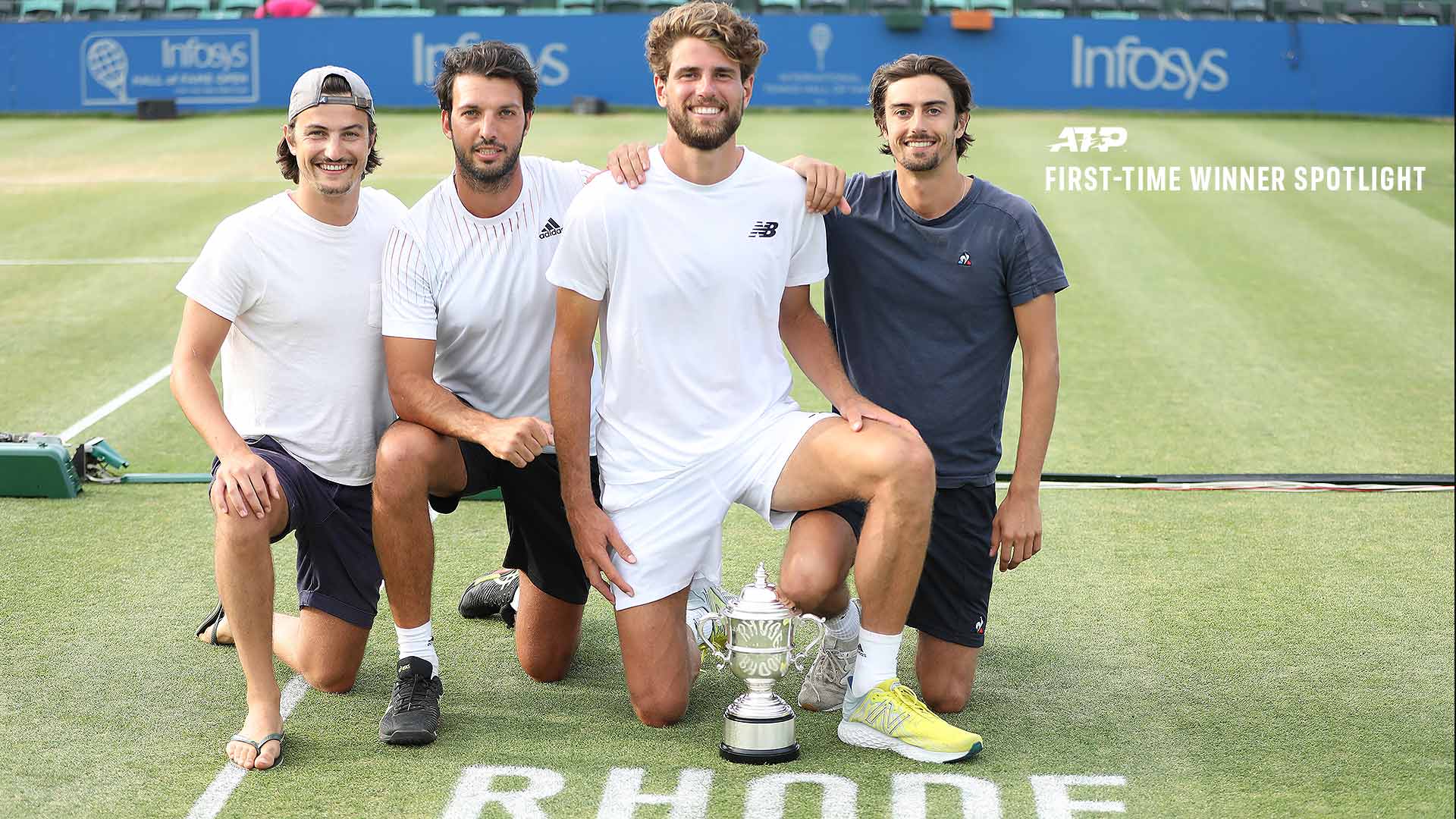 Maxime Cressy’s bid for a maiden ATP Tour title appeared over halfway through the championship match at the Infosys Hall of Fame Open in Newport on Sunday, but the 25-year-old American engineered one of the comebacks of the season to secure his first tour-level crown.

The 25-year-old American recovered a 2-6, 0-3 deficit against Alexander Bublik on the grass in Rhode Island to cap an impressive week in which he also defeated countrymen Mitchell Krueger, Steve Johnson and John Isner en route to the title at the ATP 250 event.

Having been outside the Top 150 in the Pepperstone ATP Rankings as recently as twelve months ago, Cressy’s run in Newport lifted him to a career-high No. 33 on Monday. After his remarkable triumph in Rhode Island, ATPTour.com caught up with the American as he reflected on the latest milestone in his rapid rise.

What does it mean to you to win your first ATP Tour title?
I think it’s the most incredible feeling that I’ve had in my entire life. It’s difficult to describe. I’ve been looking forward to that first title for a very long time.

How did your experience in previous finals against Rafael Nadal and Taylor Fritz prepare you for this match?
Those matches were also nerve-wracking, just like today! Playing Nadal was beyond belief, it was more like, ‘Is it actually happening?’ I think that was one reason I wasn’t able to beat him. Against Fritz, it was close margins as well.

As everyone says, the third time is the charm. It’s a big step forward for me, because I don’t think I’m going to be as nervous for the next finals that may come. The first title is definitely the most difficult one.

You’ve previously shared that your family assists you with some of your off-court business. Your mother is your manager, and your brother helps build your social media presence. What does it mean to share your tennis journey with your family?
My mum has been helping me out with some off-court stuff, the finances or talking with brands, because I don’t have an agent yet. I am actually looking into it, but I am still debating in my mind. My brother has been helping me with the social media as well, because I don’t want to deal with it!

My family has been an integral part of my success. They’ve always been there for me, so I consider them very important for my career.

How did your international upbringing, growing up in France before coming to the U.S. to attend college at U.C.L.A., shape you as a person?
To be a citizen of both worlds is incredibly special, and it shaped me. I became so much more independent by going to the States on my own. I had that belief that I could live the American dream, that my life could be much better, because my tennis game was suffering then. I thought that going to the States could give me a fresh start, and that is what it has done.

Being recruited at U.C.L.A. was the most incredible thing that happened to me, and as soon as that happened, my desire went through the roof. At the beginning I didn’t have any professional aspirations, but that quickly changed when I became an integral part of the team. Starting my junior year, that’s when I started to think about going pro, and being with players like Mackenzie McDonald and Marcos Giron on the team also helped those professional aspirations.

With this victory you will be just outside the Top 30 in the Pepperstone ATP Rankings, but you have been very bold in saying that your goal is to be No. 1. Have you mapped out a timeline for that goal?
Regardless of the ups and downs, my ranking has just skyrocketed really fast in the past two years. Considering all the failures that I’ve had, it’s been kind of crazy, because I definitely feel like I’ve fallen down a lot. But I rose back up quickly, I never gave up and I stayed resilient. Being just outside the Top 30 that quickly is a huge indication [to me] that I have what it takes to be World No. 1. I don’t think that belief is ever going to change.