MLB All-Star appearances record: Full list of players with the most All-Star selections in baseball history 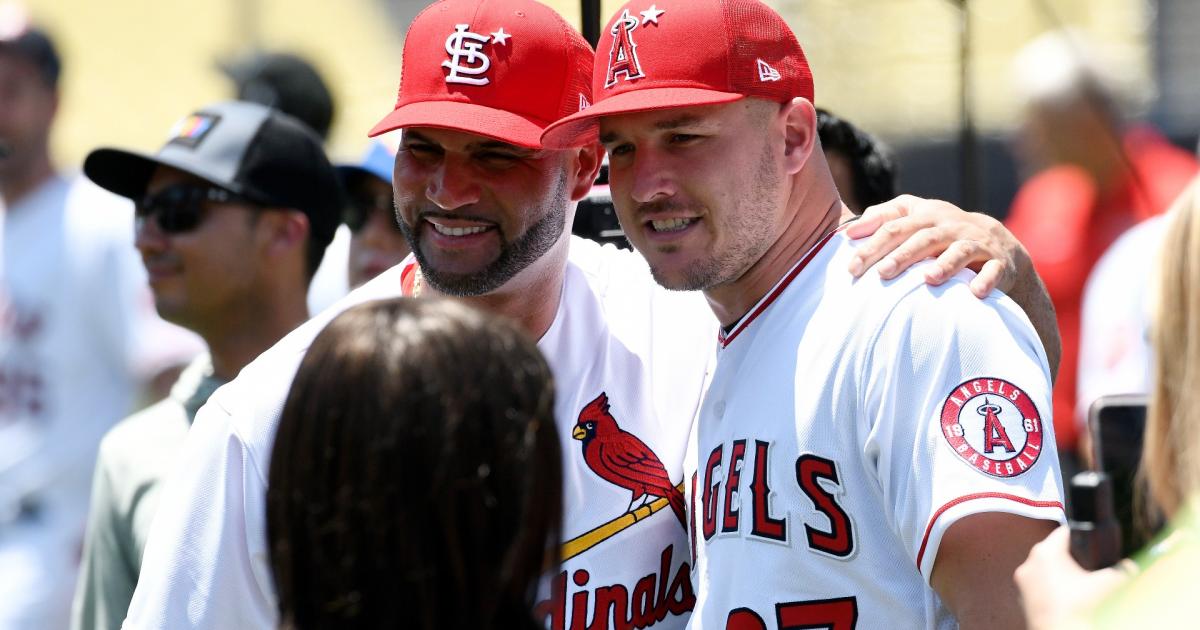 Albert Pujols and Miguel Cabrera are back in the All-Star Game together.

The last time the two all-time great batters reached the Midsummer Classic came in 2015, when Pujols was with the Angels, and the pair made their only appearance together on the American League squad. They appeared together four times on the National League squad when Cabrera was on the Marlins during Pujols’ first stint with the Cardinals.

For Cabrera and Pujols, this will be All-Star appearances No. 12 and 11, the most among all active players. However, the players with the most appearances in the game are still well ahead of both the two stars.

Here’s a look at the MLB players with the most All-Star appearances.

MORE: Why Shohei Ohtani isn’t pitching in the All-Star Game

The all-time leader in MLB All-Star Game appearances? That would be Hammerin’ Hank.

While that might look off because Aaron had more appearances than seasons played, the explanation is simple: There was a stretch where there were two All-Star Games in a season.

From 1959 until 1962, players had the chance to appear in two separate All-Star Games, which is how he is also one of the few with more appearances than seasons played, joining Willie Mays (24 appearances, 23 seasons), Stan Musial (24 appearances, 22 seasons) and Mickey Mantle (20 appearances, 18 seasons).

Here’s a look at the players with at least 15 appearances by counting only one All-Star appearance per year.

Aaron still leads with Mays and Musial right behind him, though Mantle fell outside the top five.

Considering where the active leaders are, it is hard to imagine anyone getting close to Aaron’s record.

Cabrera and Pujols are the active leaders in All-Star Game appearances. Cabrera will play one more season. Pujols is in his final campaign.

Cabrera’s total of 12 makes him the only player within a single-digit gap of Aaron, and still has him three appearances shy of tying for the 10th-most all-time at 15.

Among players who have not signaled that this or next season will be their last, Mike Trout is next up with 10 All-Star appearances to his sterling resume. He is tied with Yadier Molina for the third-most among active players; Molina has said this is his final season.

Among active players, Trout has reached the All-Star Game in the highest percentage of his seasons. With appearances in 10 of his 12 seasons, Trout has reached the Midsummer Classic in 83 percent of his seasons. The only two exceptions are the 40 games in which he played in 2011 when he made his MLB debut and the 2020 season, where there was no All-Star Game.

Aaron made his final All-Star appearance at the age of 41. If Trout were to be named to the team each year until that point, he would have been named to 21 All-Star Games, matching Aaron’s record. No other player with at least five All-Star appearances is on the same pace.