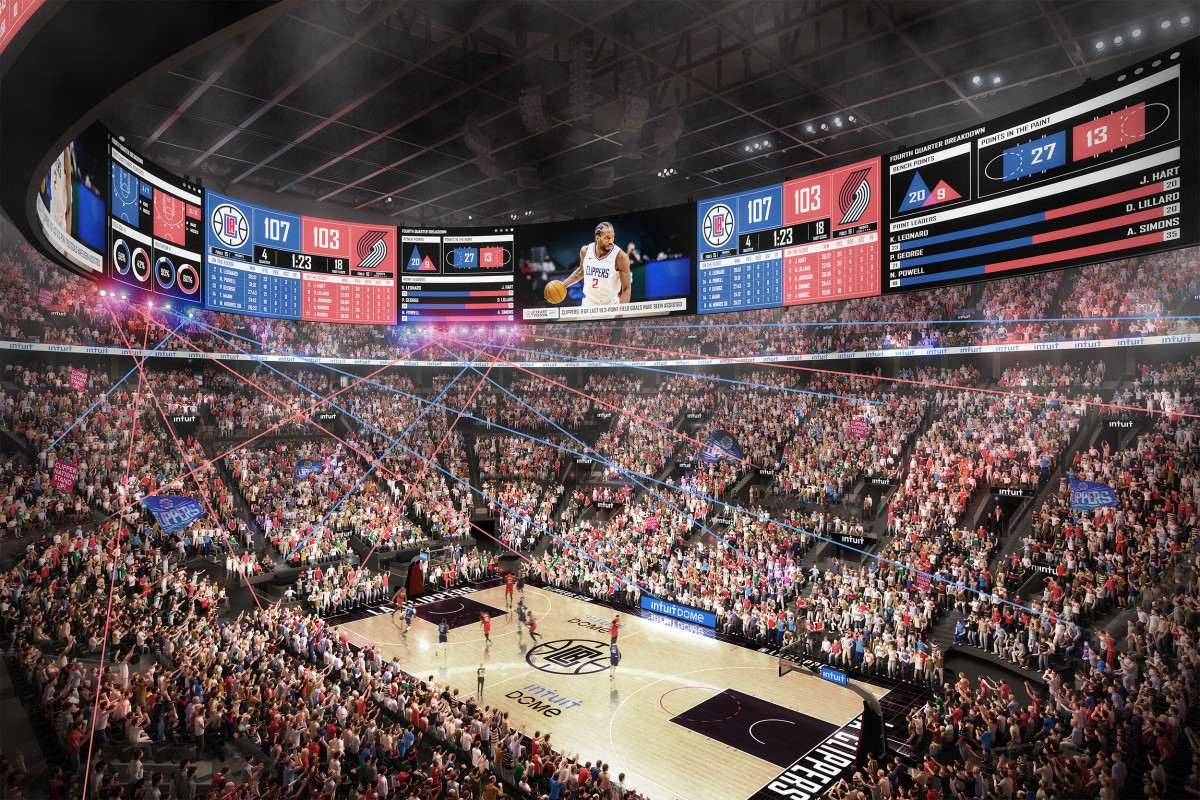 We’re still roughly two years away from the Clippers’ new Intuit Dome Arena being built, but new details are being revealed bit by bit.

A Reddit user posted a look at what the potential center court of the arena will look like. Based on the video, it looks like the arena is going to be a massive one.

If there’s a team in the NBA that desperately needs its own arena it’s the Los Angeles Clippers. The Clippers regularly receive one of the worst schedules in the NBA because they’re the third priority in their arena behind both the Los Angeles Kings and Los Angeles Lakers. Ramona Shelburne revealed in ‘The Sterling Affairs’ that former Clippers owner Donald Sterling had the chance to make the Clippers have priority over the Lakers, but he took too long to commit to Staples Center.

For the Clippers, getting a new arena goes beyond just their horrible scheduling system. The team has been developing its own identity for the past decade and creating a new arena is the right step in that direction. For years, the Clippers have been associated with a cheap and losing team. Now, they’ve had some of the most wins in the last decade and have the richest owner in the NBA. Creating The Intuit Dome is the next step in associating the LA Clippers as a premier NBA team.