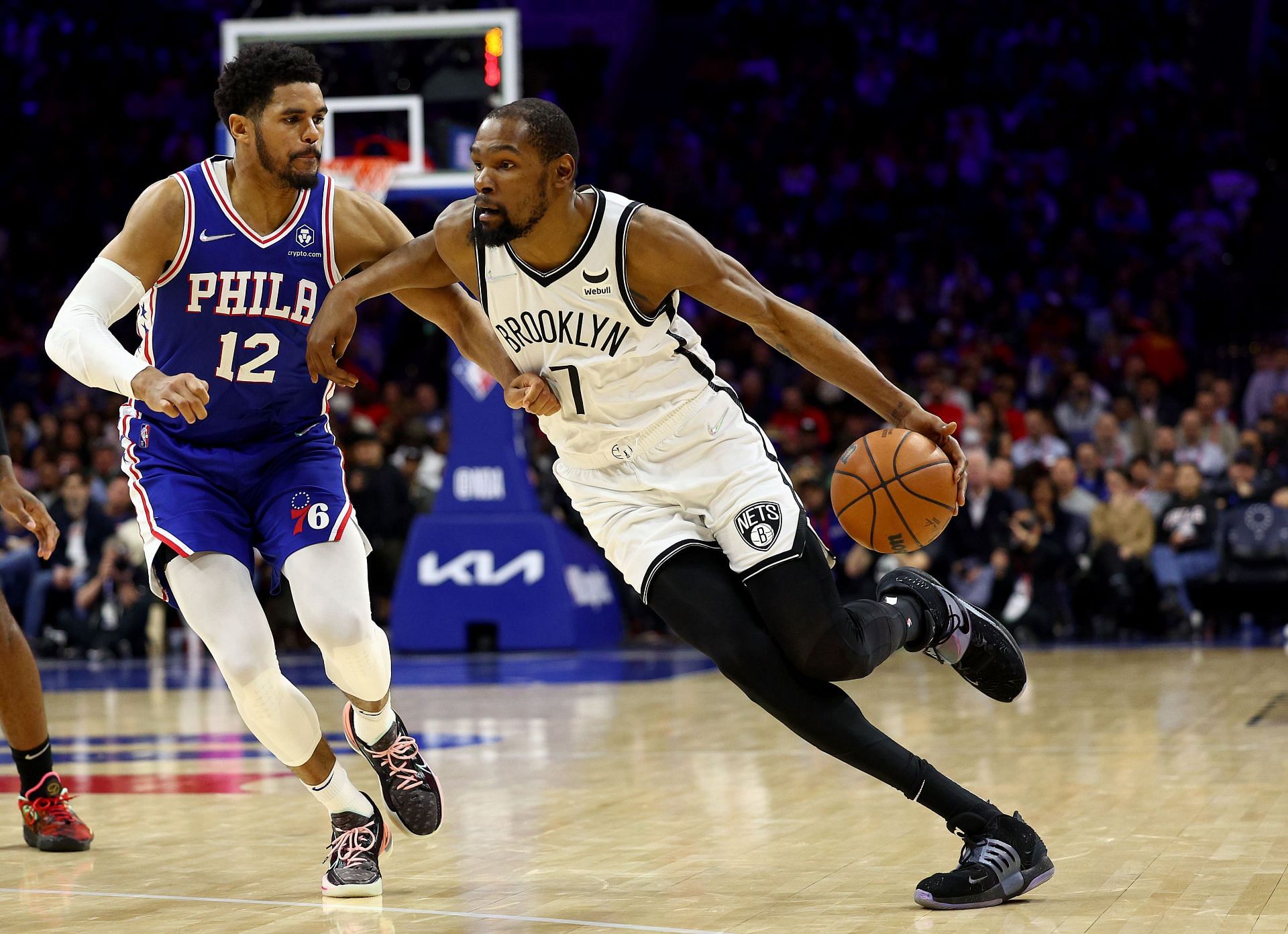 According to recent reports, the Philadelphia 76ers find themselves in the middle of the Kevin Durant sweepstakes. Along with the Boston Celtics, the former MVP listed Philly as a desired landing spot.

From earlier: some notes on the Nets, Celtics, Kevin Durant, Marcus Smart and the Sixers’ interest in Durant here: sny.tv/articles/sourc…

From earlier: some notes on the Nets, Celtics, Kevin Durant, Marcus Smart and the Sixers’ interest in Durant here: sny.tv/articles/sourc…

Durant is looking to add more titles to his resumé, so it’s no surprise the 76ers have caught his interest. They have a formittable star duo in Joel Embiid and James Harden, and they acquired multiple depth pieces this offseason.

Just two pals, Kevin Durant and James Harden working out in Barcelona together

While the 76ers might be on Durant’s radar now, acquiring him is still going to be an uphill battle. The Brooklyn Nets have made it clear they are not budging from their high asking price. On top of that, Philadelphia president of basketball operations Daryl Morey has minimal assets at his disposal to pull off this kind of blockbuster.

During a recent appearance on “NBA Today,” Bobby Marks dove into what a trade might look like between Philly and Brooklyn. He feels it’s unlikely because the Nets already have their draft picks from the Harden trade at February’s deadline.

“If you’re the Nets’ perspective, you have their picks already, so why are you going to make this team a lot better? The pieces are there when you look at Harris, Maxey and Thybulle for Durant. But from a draft-pick perspective, it doesn’tmake sense.”

Should the Philadelphia 76ers mortage everything in a move for Kevin Durant?

Durant would instantly turn the 76ers into title favorites, but the question becomes, is it worth sacrificing everything? As Marks mentioned, any return package starts off with Tobias Harris, Tyrese Maxey and Matisse Thybulle.

Parting with Maxey is easily the biggest decision Morey has to make. Fresh off a breakout season, the 21-year-old has shown star potential. More importantly, he has thrived playing alongside Harden in the backcourt. Getting this kind of production from a player on a rookie deal is huge for a team pushed up against the salary cap.

The other thing to look at is whether the risk is worth the reward. Durant might be invested now, but as we’re currently seeing, his mind can change in an instant. Since he is under contract for four years, any team that might land him has to worry about him pulling a similar stunt.

Durant might put them over the edge, but a case could be made that the 76ers might be better off staying put. Along with having a roster that is ready to compete for a title now, there is no telling what Maxey might look like when he reaches his full potential.