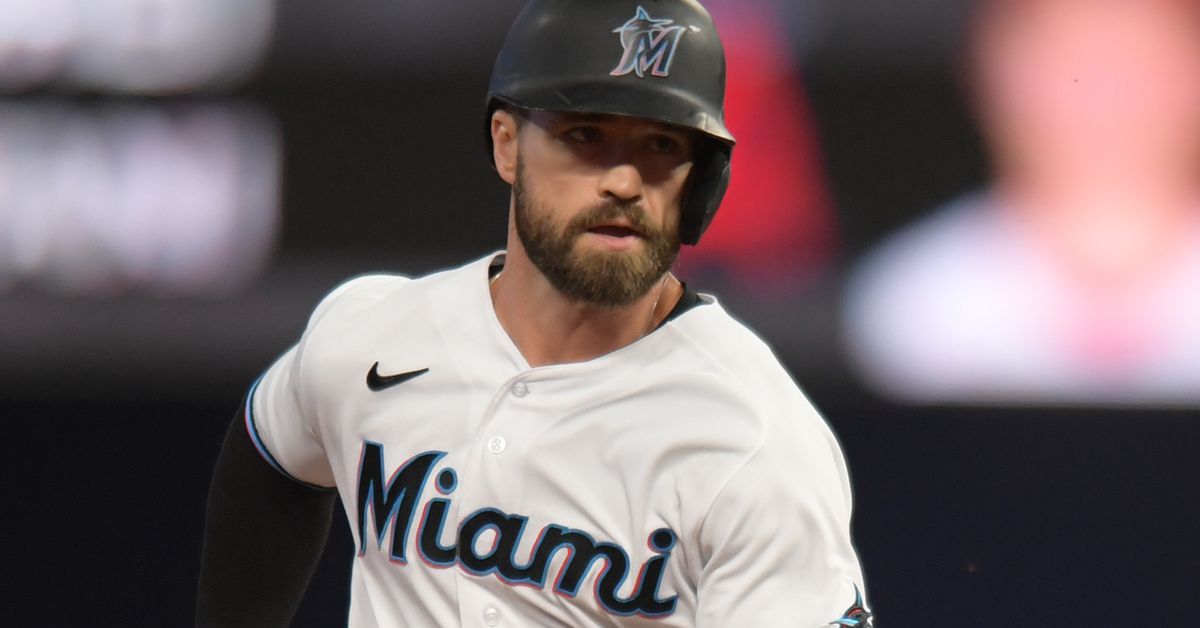 It’s the opening game of a new series, which means we’ve got free prop bets and a series preview livestream featuring the Fish Stripes staff and special guests.

Use this Fish Picks link prior to every Marlins series to submit your predictions. The seventh inning of the contest has just begun and it runs through August 24.

Notes: Odorizzi is making his second start since being traded from Houston to Atlanta…Grissom went 2-or-4 with a home run and a stolen base in his MLB debut on Wednesday…Among players on the Braves active roster, Acuña (1.244 OPS in 23 PA) and Swanson (.589 OPS in 22 PA) have the most head-to-head history with Pablo López.

Lineup Changes from Previous Game: Aguilar, Anderson, Berti and Stallings in, Garrett Cooper, Nick Fortes, Charles Leblanc and Luke Williams out; Wendle switches from 2B to 3B, Bleday switches from RF to CF, Burdick switches from CF to LF

Additional Notes: The Marlins utilized Hamilton in a very particular role and he proved to be useful! They won all four games that he started and several others with help from his late-inning pinch-running. Ultimately, that wasn’t enough to justify rostering him over players who could make an impact beyond 2022…Anderson’s return coincides with Berti’s as well as the emergence of Leblanc. Therefore, he will be treated primarily as a corner outfielder…It’s unclear whether Cooper (calf tightness) will be available off the bench.

Rogers to pitch a rehab game on Sunday

First pitch is scheduled for 6:40 p.m. ET. Watch on Bally Sports Florida or listen to the radio broadcast on Fox Sports 940 Miami. Out-of-market fans can stream the game on MLB.TV.

Kevin Barral and Brent Cosculluela are at LoanDepot Park representing Fish Stripes as credentialed reporters. Follow them on Twitter (@kevin_barral and @brentcosc1) for in-game updates. Brent will handle the game recap article.

All Marlins minor league affiliates are also in action. Follow @FishProspects for notes and highlights.