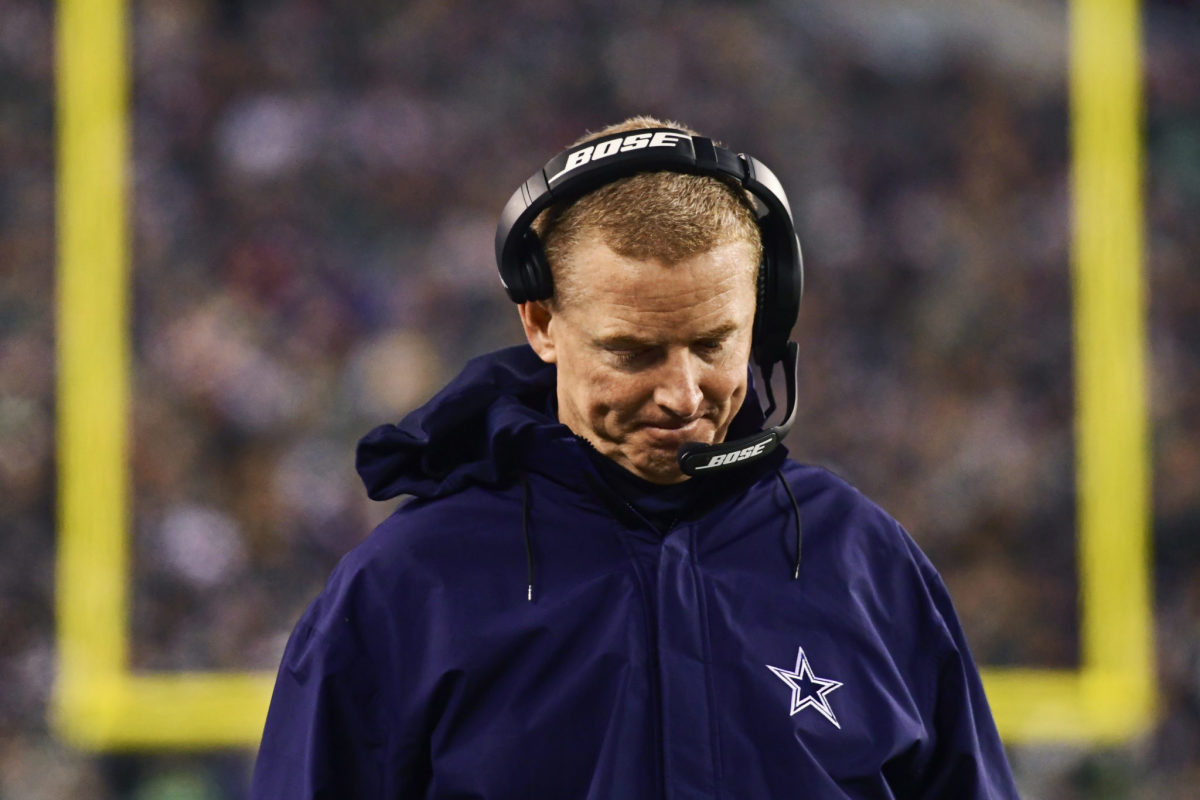 Jason Garrett continues to land interesting jobs outside of the coaching world.

According to a report from The New York Post’s Andrew Marchand, the former Dallas Cowboys head coach will be calling Notre Dame football games.

“I absolutely love that we have a ND guy in the booth finally even if it means scrub a– Jason Garrett is part of it,” one fan wrote.

“Real happy for Jac and that’s about all I’ll say,” another fan admitted.

Notre Dame is set to open the 2022 season on Sept. 3 against Ohio State.