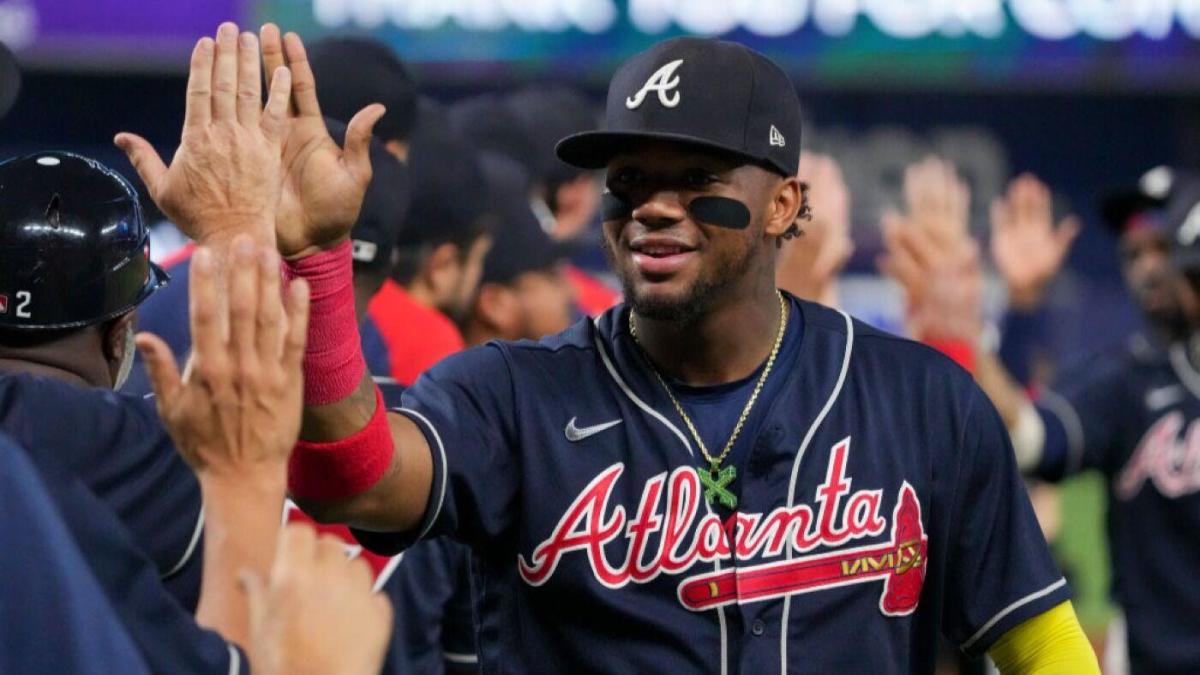 The second weekend of August is in the books, meaning it’s time for playoff races to start heating up. Let’s dive into what you need to know about this weekend’s action.

Call us softies if you must, but our highlight of the weekend was the big-league debut of Wynton Bernard, an outfielder with the Colorado Rockies who spent 10 seasons in the minors before getting the call this weekend. Here’s a look at how he broke the news to his mother, in predictably emotional fashion:

Bernard, 31, didn’t wait long to make an impact in the majors, either. He went 1 for 3 in his first game, singling and stealing a base before scoring a run as part of a 5-3 Rockies victory against the Diamondbacks.

As our Matt Snyder noted, Bernard was originally a 35th-round draft pick in 2012. He appeared in 863 minor-league games and toiled through stints in various independent and winter ball leagues to achieve his dream. Congratulations to him, and here’s hoping he authors a few more memorable moments the rest of the way.

Major League Baseball has not seen anyone throw a perfect game since Aug. 15, 2012 — or, nearly 10 years to the day. Tampa Bay Rays right-hander Drew Rasmussen almost pulled off a heck of a coincidence Sunday, though, as he kept the Orioles off the board through the first eight innings. Rasmussen’s attempt at history was, nevertheless, dashed in the ninth by a Jorge Mateo double. You can read more about Rasmussen’s near-perfecto by clicking here.

The Red Sox headed into Thursday having gone a paltry 12-29 against fellow AL East teams. They won a makeup game over the Orioles on Thursday and it was curiously defined as a “series.” It was notable because this was the first series all season the Red Sox had won against an AL East opponent.

They then made it two straight.

By virtue of excellent pitching all weekend and some timely hitting on Friday, the Red Sox took two of three from the Yankees.

Michael Wacha went seven scoreless innings Sunday night, giving up just two hits while striking out nine. A Rafael Devers two-run homer was the big blast of the game, pushing the lead to 3-0, which would end up the final score.

The Red Sox are still only 15-30 against the AL East, but they’ve made some progress. We’ll call them baby steps.

The Padres capped off their weekend in D.C. on Sunday with a victory behind a strong effort from veteran lefty Blake Snell.

Snell, who entered the afternoon with a 3.96 ERA in 14 starts this season, delivered six shutout innings as part of a quality outing. He didn’t walk a single Nationals hitter, but he did strike out 10 batters on 103 pitches. His seasonal ERA is now down to 3.66.

Snell’s performance on Sunday continued a hot stretch of pitching for the former Cy Young Award winner. In eight starts since July 1, he’s allowed one run or fewer seven times, resulting in a 2.08 ERA. He’s also compiled a 67-to-17 strikeout-to-walk ratio.

Juan Soto, by the way, recorded a hit and walked twice.

The Dodgers lost to the Royals by a 4-0 mark on Sunday, as Los Angeles was shut out for a fifth time this season. Royals right-hander Brady Singer continued his impressive run, locking down Los Angeles for six innings. The loss snapped the Dodgers’ 12-game winning streak; they were a win away from matching the franchise’s longest streak since the club moved from Brooklyn to Los Angeles in 1958. You can read more about that by clicking here.

The Braves entered the ninth inning of Sunday’s game against the Marlins trailing by a 1-0 margin. That wasn’t the case for long. Rather, Michael Harris II delivered a solo home run to tie the game at 1-1.

From there, the Braves would string together a series of singles and walks to take a 3-1 lead. Dansby Swanson (single), Vaughn Grissom (walk) and Matt Olson (walk) would reach base around an Austin Riley fly out (though Swanson would be thrown out attempting to advance to third). Nevertheless, Grissom would score on a William Contreras single, while Olson would scamper across on a wild pitch.

Closer Kenley Jansen would shut the door in the ninth, giving the Braves a 3-1 victory — their sixth consecutive win. Atlanta is set to face the Mets for a four-game set beginning on Monday. The results of that series will go a long way in determining the winner of the National League East.

The Cardinals won the three-game series and extended their lead in the National League Central on Sunday with a 6-3 victory against the Brewers.

One of the key contributors for the Cardinals was veteran DH Albert Pujols, who slugged his ninth and 10th home runs of the season as part of a four-RBI day. Take a look:

Pujols is now up to 689 home runs for his career. That puts him seven away from tying Alex Rodriguez (696) for the fourth most all-time. It also puts him just 11 away from becoming the fourth player to ever clear the 700-homer threshold, though that mark would seem highly unattainable given his intent to retire at the end of the season.

The Cardinals also owe Sunday’s win to starter Miles Mikolas. He threw eight innings and allowed just two runs on four hits and no walks. He struck out six batters and lowered his seasonal ERA to 3.44.

Reds first baseman Joey Votto made history on Sunday by appearing in his 1,989th career big-league game. That just so happens to be one more than Hall of Fame outfielder Larry Walker appeared in, meaning Votto is now the career leader in games played among Canadian-born players. Take a look:

As you can see above, Matt Stairs, Russell Martin and Justin Morneau round out the top five.

Orioles at Blue Jays (three games): We’ll kick off our preview section with a series that suddenly has playoff relevancy. The Blue Jays enter Monday in the top wild card spot and a 2 ½ game lead over the Orioles, currently the first team out of the playoff picture. The Orioles are 4-2 this season against Toronto, and another series win would pull them even closer to their first playoff appearance since 2016.

Mets at Braves (four games): The Braves head into play on Monday some 5 ½ games back of the Mets in the National League East. If they intend to capture their fifth consecutive division crown, they’ll need to start making up ground, and soon. What’s a better way of doing that than taking an extended series from the Mets? The Braves are 4-8 against the Mets this year, suggesting that it’s easier said than done.

Dodgers at Brewers (four games): The Dodgers have been unstoppable of late, while the Brewers are jockeying for position with the Cardinals in a tight National League Central race. This is a potential playoff preview, depending on how things break, and we should be in for some fun contests.

White Sox at Guardians (three games): Speaking of tight races in Central divisions, it’s a three-team race at this point on the AL side. The Guardians have the advantage right now, but the White Sox are only 2 ½ games back in a virtual tie with the Twins for second place. Cleveland is 8-5 against Chicago this season, and another series win would give them some additional padding heading down the stretch run.

Astros at Braves (three games): We’ll end with a rematch of last year’s World Series. Both sides are secure in their playoff positioning — or, at least, as secure as one can be in mid-August — meaning this could well be a preview of this season’s Fall Classic as well. Stay tuned.