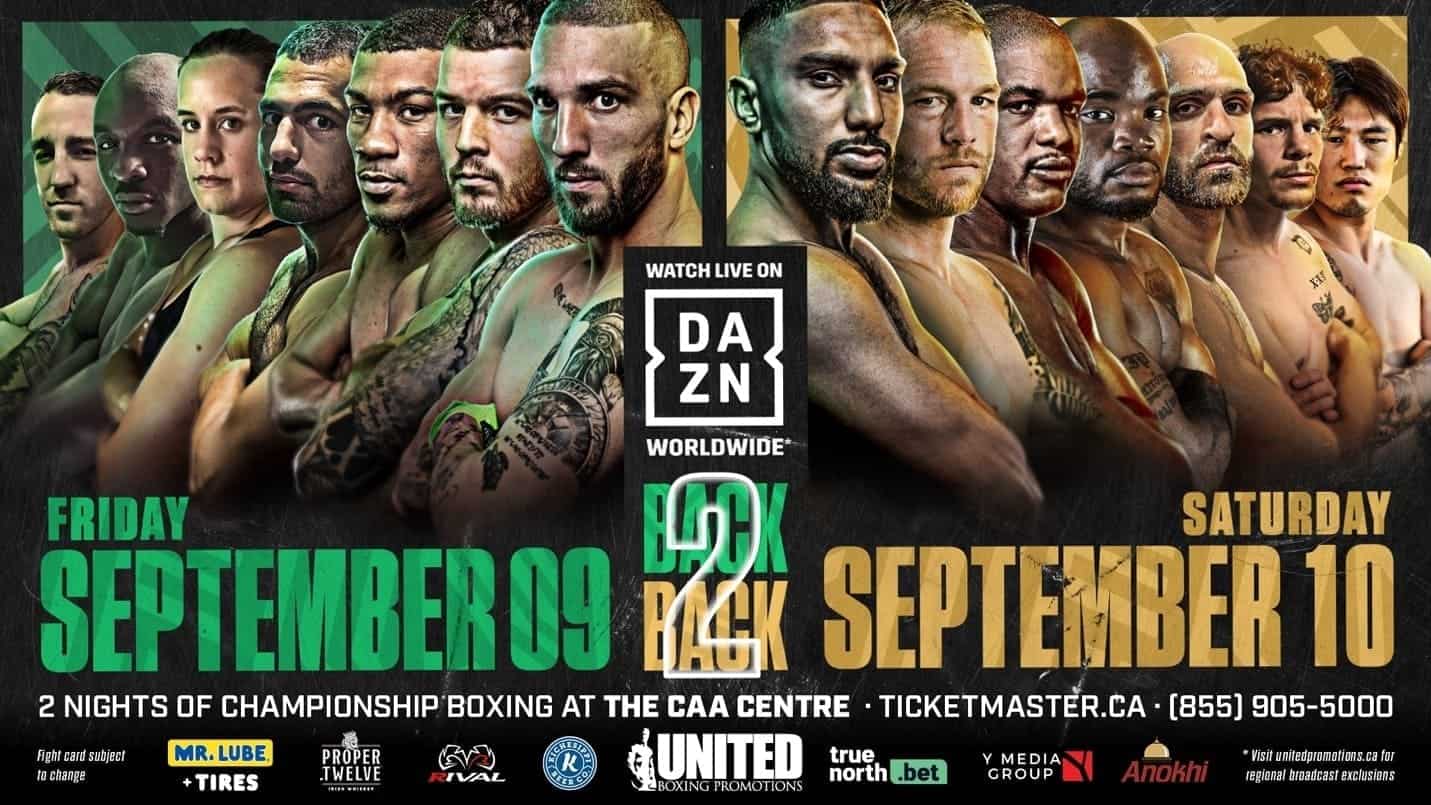 United Boxing Promotions (UBP) today announced it has reached an exclusive multi-fight domestic and international partnership agreement with global sports entertainment platform DAZN, which will make DAZN the exclusive broadcaster for UBP championship fights in Canada as well as 180+ markets around the world (excluding Caribbean countries and territories).

“We’re thrilled to expand our relationship with DAZN in coming years and take some of Canada’s biggest and brightest boxing stars to the next level by exposing them to the widest possible audiences in Canada as well as across the world with DAZN,” said Tyler Buxton, President of United Boxing Promotions.

“This deal between DAZN and United Boxing Promotions is great news for boxing fans in Canada and we look forward to showcasing big events, some of Canada’s best fighters, and our sponsors to them as well as other audiences worldwide.”

Featuring UBP’s brightest up-and-coming male and female boxers, the first United Boxing Promotions event as part of the new agreement will be the highly anticipated doubleheader weekend on September 9th and 10th, live from the CAA Centre in Brampton, Ontario, and available both live and on demand for DAZN subscribers.

“The multi-year deal with United Boxing Promotions further solidifies DAZN as the home of boxing in Canada as well as the global home of boxing, and we look forward to adding an ongoing slate of local fight nights featuring impressive homegrown Canadian talent to our schedule for fans both domestic and abroad,” said Norm Lem, SVP, DAZN Canada.

“The September 9th and 10th doubleheader will be a great start to this new partnership with United Boxing Promotions, with two events that will further bolster an exciting fall DAZN boxing schedule that also includes the thrilling trilogy showdown between Canelo and GGG on September 17 and blockbuster British battle Eubank Jr. vs. Benn on October 8.”

On-air personalities as well as more upcoming dates will be announced soon by United Boxing Promotions.