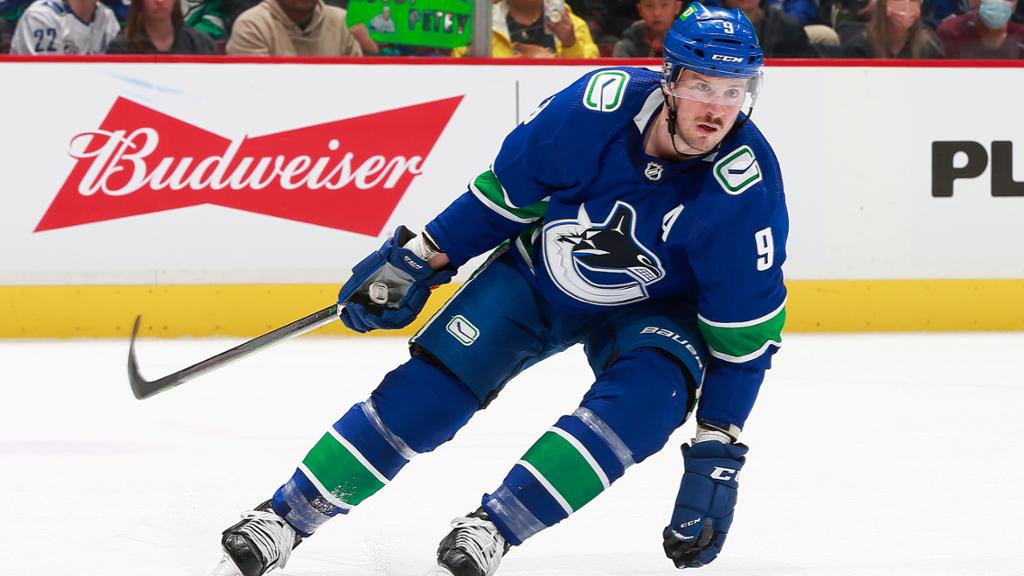 Bruce Boudreau is preparing as though J.T. Miller will be with the Vancouver Canucks when the regular season begins.

“He’s a Canuck, and the other stuff I can’t do anything about,” the Vancouver coach told SiriusXM NHL Network Radio on Thursday. “So I put him in [my plans] and don’t worry about it. If something were to happen, then I just would adjust to that situation, but I think of J.T. as our No. 1 center and a great hockey player, and I’m just glad he’s a Canuck.”

The 29-year-old center, who is entering the final season of a five-year $26.25 million contract ($5.25 million average annual value) he signed with the Tampa Bay Lightning on June 26, 2018, can become an unrestricted free agent after this season. He set NHL career highs in goals (32), assists (67) and points (99) in 80 games last season, his third in Vancouver.

Miller had been the subject of trade speculation leading up to the 2022 NHL Trade Deadline on March 21, but the Canucks opted to retain him with them sitting four points out of a playoff berth on that date. Vancouver ended up finishing five points behind the Nashville Predators for the second wild card into the playoffs from the Western Conference.

If Miller remains with the Canucks to start the season, their depth at center will arguably be among the best in the NHL with Elias Pettersson, who set career highs in goals (32) and points (68) last season, and Bo Horvat, who scpred a career-high 31 goals.

“The NHL Network did a list of the Top 20 centers and we had two guys (Miller, No. 12; Pettersson, No. 19),” Boudreau said. “But I would venture to guess that if they did the top 30 or top 25, we would have been the only team with three of them on the list. Bo Horvat has to be put right up there. He’s a 30 goal-scorer and would have had 35 if he hadn’t broken his leg in the last two weeks of the season. When you talk about strength down the middle, that’s what I’m really excited about. J.T. is the leader of our group, and I’m pretty sure he’s going to be the leader of that group again this year.”

Boudreau said it was not just Miller’s production but his well-rounded game that makes him such an effective player.

“He just comes to play and he cares about winning,” Boudreau said. “I remember as soon as I got to Vancouver, he told me all he cares about is winning and those guys are hard to find. … He pretty well was part of every situation that we had. To us he did an awful lot.”