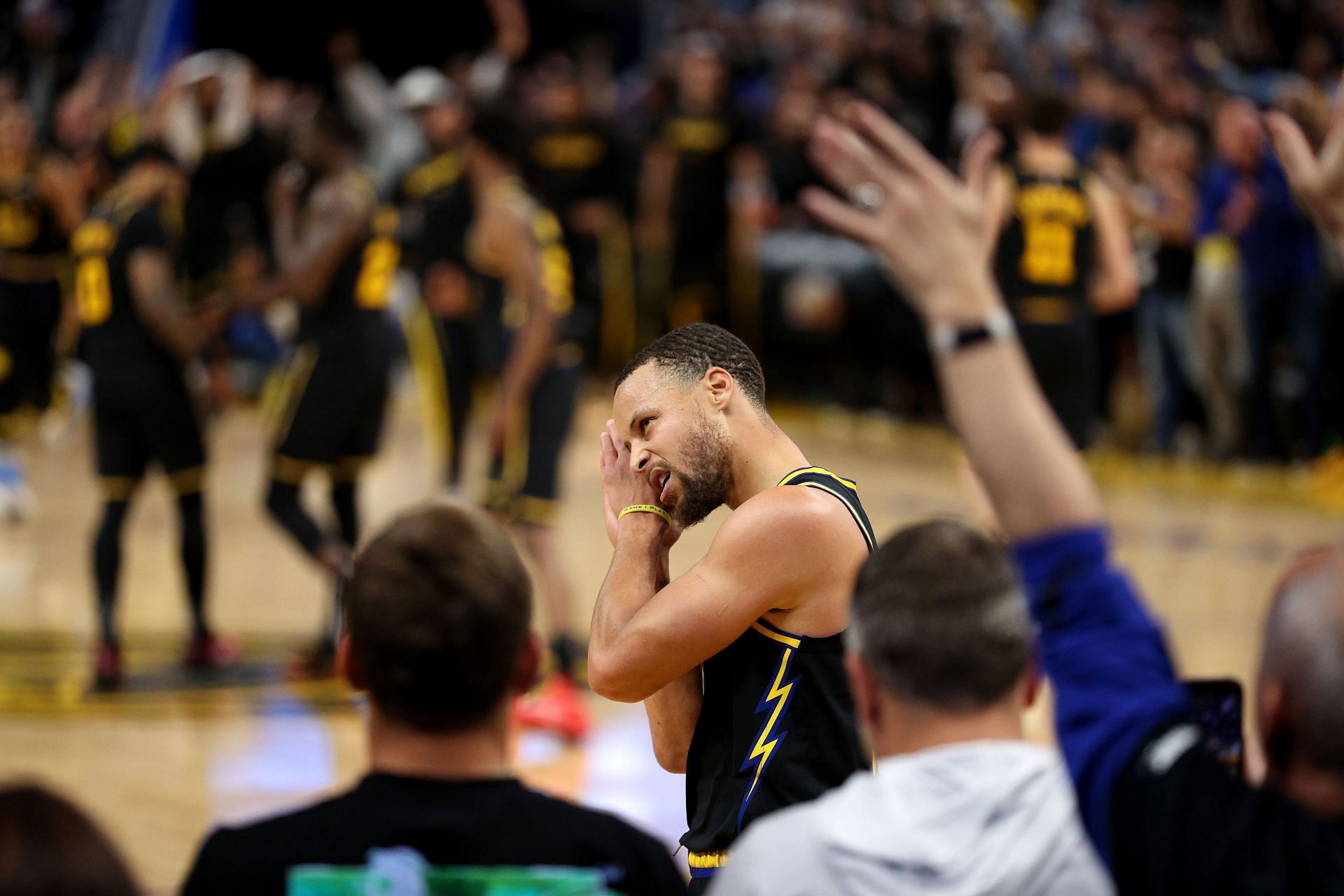 Golden State Warriors superstar Steph Curry is back among the headlines again. The two-time NBA MVP’s company, ‘SC30inc’ reportedly filed a trademark for the phrase “night night.” Curry’s iconic “night night” celebration has gone viral this year and athletes from various sports have used the gesture to celebrate on the field.

NBA legend Shaquille O’Neal has big expectations from New Orleans Pelicans big man and one-time All-Star Zion Williamson. The former #1 pick is all set to make his comeback next campaign after missing the entire 2021-22 season due to injury.

Williamson has endured heavy criticism regarding his weight, but O’Neal believes the forward will shut down his doubters in the upcoming season.

Steph Curry’s company, ‘SC30inc,’ reportedly filed the trademark paperwork for the “night night” phrase just 10 days after the NBA Finals. The report about the iconic celebration that went viral during the NBA playoffs comes from Boardroom’s Nick DePaula.

Curry used it every time he hit clutch shots against teams to take the Golden State Warriors closer to victory. It proved to be one of the most popular gestures from the two-time MVP.

Multiple athletes, like soccer stars Neymar Jr. and Alex Morgan, as well as many others from various sports, copied the celebration on and off the field.

If approved, the trademark filed by Curry would allow him to use the phrase on 35 product categories. Bedding, glassware, boxing equipment & alcoholic beverages are among the included categories.

10 days after the NBA Finals, @SC30inc filed trademark paperwork for the phrase “Night Night” — to be used, as expected, in footwear & apparel.

The filing also could extend to as many as 35 product categories, like bedding, glassware, boxing equipment & alcoholic beverages. twitter.com/nickdepaula/st…

After debuting the “Night Night” move in the 1st Round of the Playoffs, nothing topped sealing the Finals with his new signature celebration in Boston.

After debuting the “Night Night” move in the 1st Round of the Playoffs, nothing topped sealing the Finals with his new signature celebration in Boston. “It felt the best,” @StephenCurry30 tells @Boardroom: https://t.co/7WwlTBMWTK

10 days after the NBA Finals, @SC30inc filed trademark paperwork for the phrase “Night Night” — to be used, as expected, in footwear & apparel. The filing also could extend to as many as 35 product categories, like bedding, glassware, boxing equipment & alcoholic beverages. twitter.com/nickdepaula/st…

Zion Williamson will be among the players who will have a lot to prove when he makes his comeback from injury next campaign.

The former #1 pick has been dominant when he has been in action, but hasn’t been healthy for long stretches. He missed the entire 2021-22 season due to a foot injury.

Williamson has been criticized for not keeping his weight under check and many believe that has caused him injury problems. However, he is healthy and ready to lead the New Orleans Pelicans for the upcoming season.

He is expected to improve the team that surprised everyone by making the playoffs last year in the former Duke prospect’s absence.

NBA legend Shaquille O’Neal is also big on the Pelicans and Williamson. Here’s what Shaq said about this on “The Big Podcast with Shaq”:

“See, us big guys are sensitive when you start talking about our weight. So, I know he coming back with that force to show people, ‘Yeah, I’m big, but – guess what? – I’m the best big at being big.'”

Bayless lambasted Westbrook for his underwhelming debut season with the Lakers several times over the last year. The Fox Sports TV presenter recently made another bold comment about the two-time MVP, claiming he is more focused on fashion than basketball.

Here’s what Bayless said regarding this on the most recent episode of “Skip and Shannon: Undisputed”:

“Russell Westbrook does not fall in line. He just doesn’t. He was not born falling in line. He’ll fall on your head if you don’t watch it, but he won’t fall in line behind you.

The Brooklyn Nets and Kevin Durant are at a stalemate regarding the player’s trade request.

The Nets don’t seem to have much leverage in trade discussions with other teams. At the same time, Durant doesn’t have leverage either as he is under contract for four more years.

The Nets owner then took to Twitter to show his support for Marks and Nash, indicating that he could be willing to let go of Durant.

However, Brooklyn has struggled to find a trade partner for their best player. Teams aren’t willing to unload a bevy of assets to match the Nets’ asking price, which has proved to be a stumbling block. This means that despite being disgruntled with the franchise, Durant could suit up for them next year.

Former NBA player-turned-analyst Kendrick Perkins has questioned how Brooklyn intends to work things out with Durant. Here’s what Perkins said regarding this on the “Swagu and Perk” podcast:

“That’s my point what I’m trying to tell everybody else around the world. Alright, that they keep saying ‘oh, Brooklyn gone try to get him into training camp and try to work this out.’

“How? How? Didn’t KD just call for Steve Nash and Sean Marks’ job? Didn’t Joe Tsai say the other night he stood by them and said they’re not going nowhere? How in the hell do you expect to make that work when the trust is not there? Because if I’m Steve Nash, I don’t trust KD.”

LeBron James signed a two-year, $97.1 million extension with the LA Lakers this offseason. The deal guarantees his time in Hollywood until the end of the 2023-24 campaign, while he also has a player option for the 2024-25 season.

It’s a perfect scenario for James and his hopes of teaming up with his son Bronny, who will become eligible for the NBA draft in 2024. Bronny’s market value will get a boost as LeBron has discussed his intentions of playing for the team that drafts his son.

ESPN’s Jay Williams believes NBA teams will be intrigued by the possibility of adding Bronny and LeBron James to their roster. Williams believes this will be the case even if the latter isn’t playing at a high level due to his star power. He stated:

“If you’re telling me if I’m at the sixth spot and I’ve been a franchise that has struggled for attention and I have a chance for LeBron James to end his career on my team with his son?

“I’m the hottest ticket in the NBA regardless whether LeBron is playing well or not! He’s ending his career with my franchise.”

For now, however, LeBron James will be focused on getting the LA Lakers back into the postseason after a disappointing 2021-22 season.