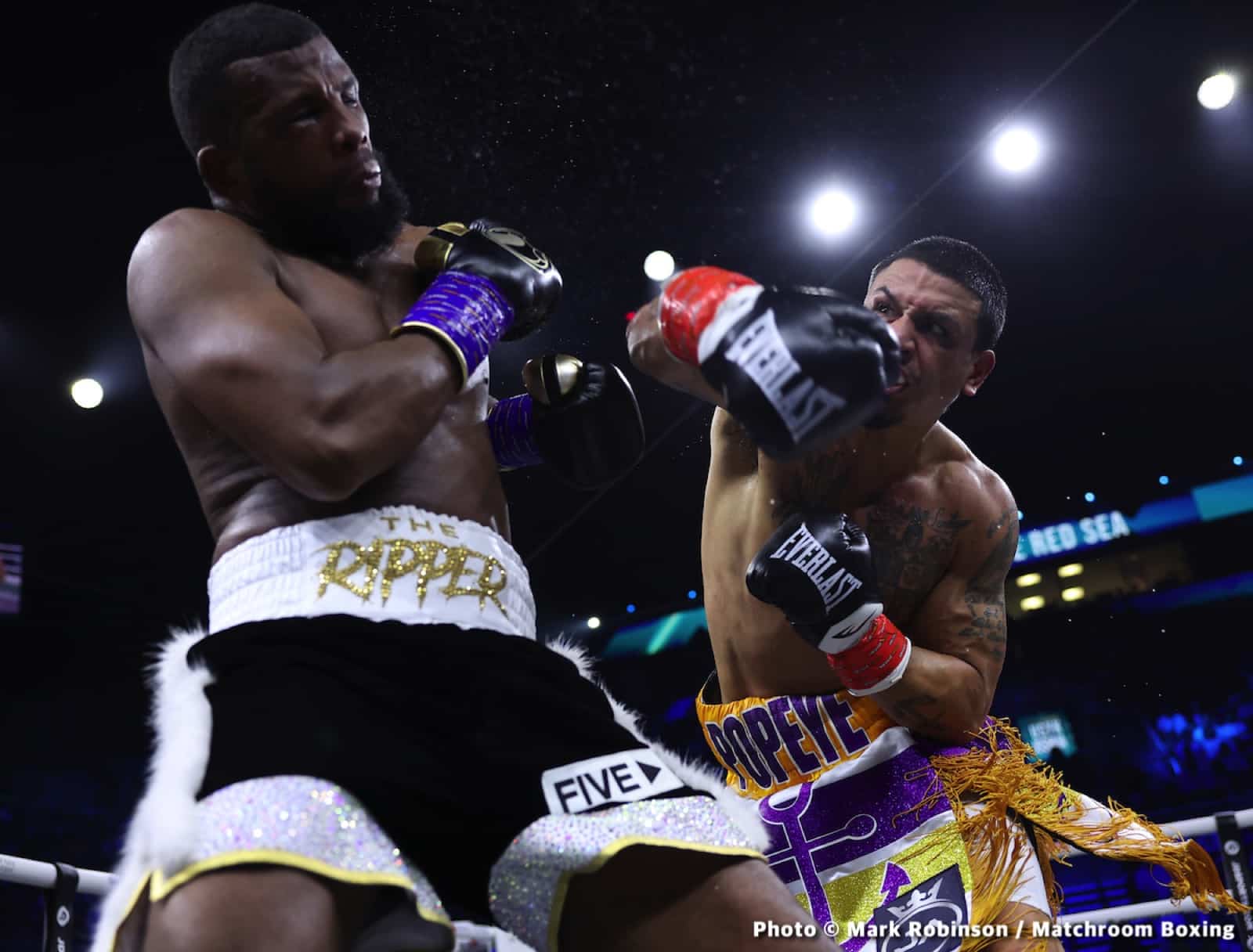 Tonight, on the big Usyk-Joshua card in Jeddah, Badou Jack won a close, tough and controversial 10 round split decision victory over an incredibly game Richard Rivera. Jack, now aged 38 and campaigning as a cruiserweight, had a hard night as he was unable to figure out Rivera’s ungainly yet wholly effective style. Known as “Popeye the Sailor Man,” Rivera looked to this writer (and the entire Sky Sports team) to have made a name for himself with the upset win.

Rivera, who entered the ring donned in Popeye gear, complete with pipe, gave Jack fits in the first half of tonight’s fight. Unpredictable, somewhat ungainly, yet dangerous and effective with his big right hand, which cracked into Jack’s skull numerous times throughout the exciting fight, Rivera was by far the busier man, sweeping the first four cards here. Jack, looking his age, couldn’t get into his groove and he was guilty of hitting and holding quite a bit.

Jack did some good work to the body, but Rivera was the man setting the pace, the fighter seeming to ‘want it more.’ Rivera, largely unknown and having what he believed would be his breakthrough fight, showed superb stamina as well as a good chin. Jack, sensing he was behind, came on strong against his switch-hitting foe in the 7th and 8th rounds, unloading his left hook upstairs more. There was controversy in the 8th, as the round ran for four full minutes.

Rivera was hurt in the final seconds, and then the additional, illegal seconds of the 8th, and there would have been hell to pay had Jack stopped him during this overtime session. Jack went for the finish yet he was unable to get it; credit again to Rivera’s chin. Jack, swollen around the eye, saw Rivera come back at him in the final two rounds and it seemed clear Jack needed a KO to save the fight. “The Ripper” never got the KO, yet he got the win. Rivera was understandably very disappointed at the result, calling for a rematch he said Jack is unlikely to give him. Rivera deserves one.

Jack got a gift tonight. Popeye was robbed.