WORLD JUNIORS: Joel Maatta to compete for gold on Saturday 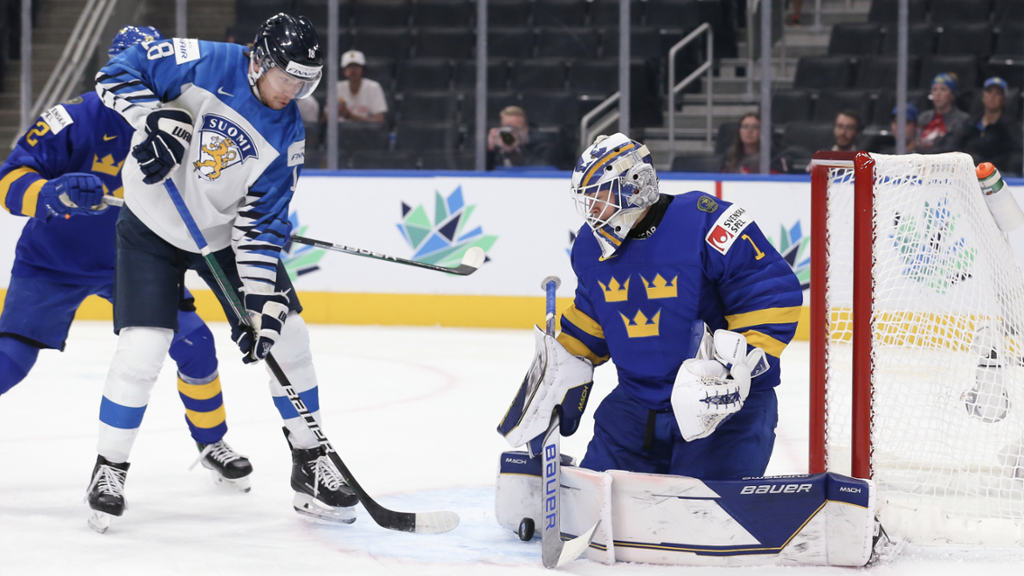 Finland defeated Scandinavian rivals Sweden 1-0 on Friday to advance to the finals for the first time since they won gold over the United States back in 2019. Maatta played 15:53 in the contest with a shot and a penalty in the victory. The forward known for his defensive prowess was one of the final five players on the ice to secure the shutout victory for Finland.

So far in the 2022 WJHC, Maatta has potted three goals – all on the powerplay – and an assist in six games. The Oilers seventh-round-pick in 2022 out of the University of Vermont also suited up for Finland in the abbreviated tournament that began in Edmonton this January, picking up a goal and two assists in two games before the event was cancelled until this August.

Finland picked up a pair of wins over Latvia and Czechia in the group stage, before defeating fellow Oilers prospect Luca Munzenberger and Team Germany on Wednesday to advance to Friday’s contest against Sweden. The only goal of the contest was scored by 2020 Florida Panthers fifth-round-pick Kasper Puutio, with undrafted netminder Juha Jatkola picking up the 23 save shutout. Sweden will compete against Czechia on Saturday for the bronze medal.

The Finnish World Junior team has won five gold medals since the tournament’s inception, with the last being in the 2019 tournament in British Columbia. This will be the first time Canada and Finland have competed against each other for a medal since the 2012 WJHC when Canada defeated the Finns for the bronze medal in Calgary.