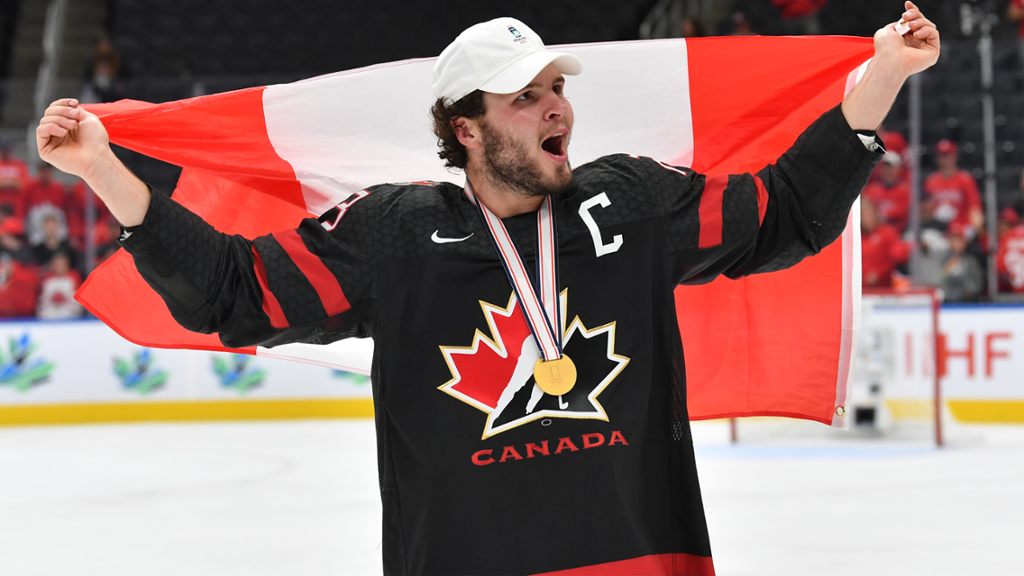 Mason McTavish (third overall in 2021) was named the tournament MVP, the second straight Ducks prospect to win the award, marking the first time an NHL club has had back-to-back prospects named MVP of the tournament.

Trevor Zegras was named the tournament’s MVP in 2021 after leading Team USA to a gold medal (Zegras scored 7-11=18 points in seven games). The Ducks are also the only NHL organization to have three players named MVP of a WJC, with McTavish joining Zegras and John Gibson (2013, Team USA). The MVP was first awarded in the 2002 tournament.

Tweet from @AnaheimDucks: Back-to-back #WorldJuniors MVPs for the Quack Attack! It’s the first time an NHL club has had back-to-back prospects named MVP of the tournament. Trevor Zegras was named the tournament���s MVP in 2021 after leading Team USA to a gold medal. #FlyTogether pic.twitter.com/le3qzPtJOT

Three Ducks prospects led Canada to gold tonight in a 3-2 OT win over Finland, including McTavish, Olen Zellweger (second round, 34th overall in 2021) and Nathan Gaucher (22nd overall in 2022).

Tweet from @AnaheimDucks: MASON MCTAVISH WITH THE GOLD MEDAL SAVING SAVE! 🤯🤯🤯 pic.twitter.com/g8L8aZYbk0

Zellweger recorded a primary assist in the final, completing the tournament with 2-9=11 points and a +14 rating. He co-led the tournament in assists and plus/minus along with McTavish, while he led all tournament defensemen in points, assists and plus/minus. 11 points rank tied for third among Canada’s all-time defensemen in a single tournament, trailing only Alex Pietrangelo (3-9=12 in 2010) and Bryan McCabe (3-9=12 in 1995). He is one of six Canadian defensemen in a single WJC to record double-digit points, joining Pietrangelo, McCabe (3-9=12 in 1995), Thomas Chabot (4-6=10 in 2017), Ryan Ellis (3-7-10 in 2011) and Carlo Colaiacovo (1-9=10 in 2003). Zellweger’s 11 points ranked tied fourth among all-time single-tournament defensemen, trailing only Pietrangelo, McCabe and Peter Andersson (Sweden, 4-10=14 in 1985).

Anaheim’s three prospects representing Canada are tied with the New York Rangers for the most appearing for the host nation, while the Ducks’ four prospects for Team USA in 2021 also led that WJC.