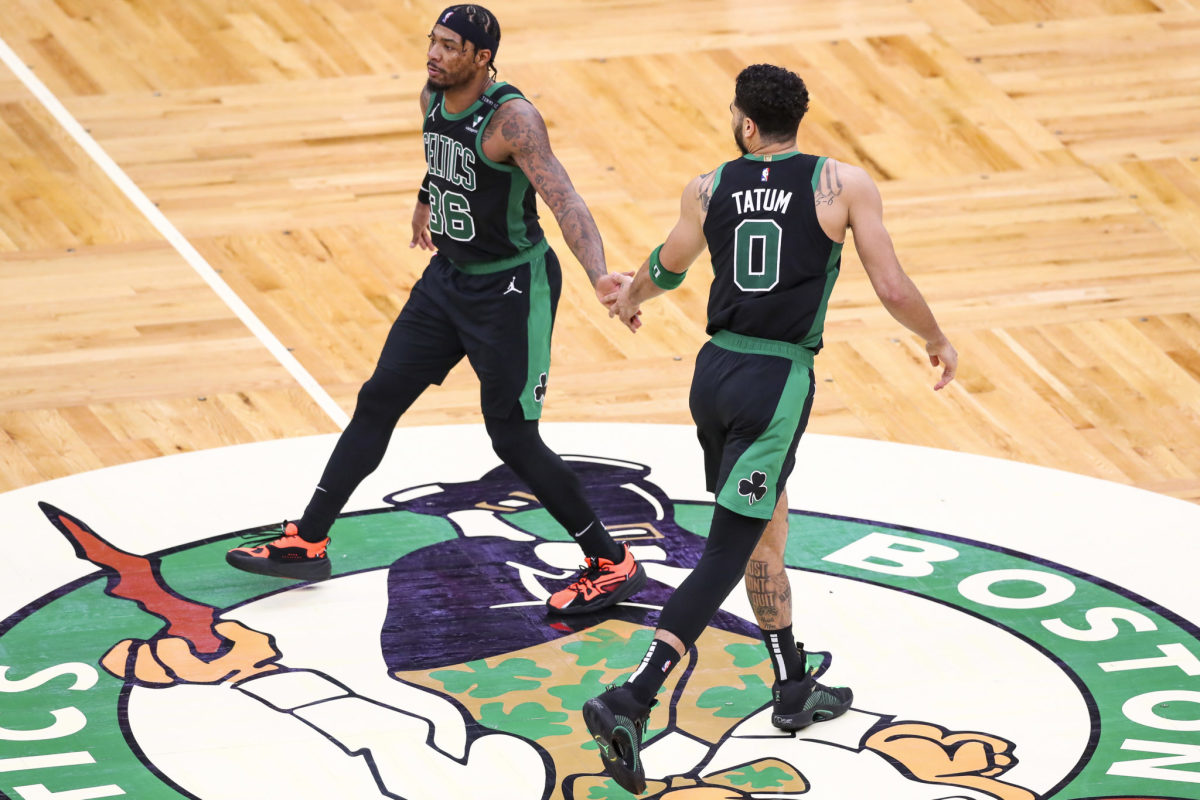 Jayson Tatum was pretty banged up during the NBA playoffs earlier this year.

The Boston Celtics star opened up about a wrist injury that he suffered and how he was still able to play through it.

“It showed that I had a non-displaced fracture in my wrist,” Tatum said. “I chipped a bone but it didn’t leave the surface. It showed that the bone had grown over it so it healed but I was still in pain because I kept getting it hit or falling on it. I played with somewhat of a fracture for two months.”

NBA fans had all sorts of different reactions to Tatum’s admission.

Tatum’s Celtics lost to the Golden State Warriors in the NBA Finals in six games earlier this year.

He’ll look to stay healthy during the playoffs next season as the Celtics have some unfinished business to attend to.