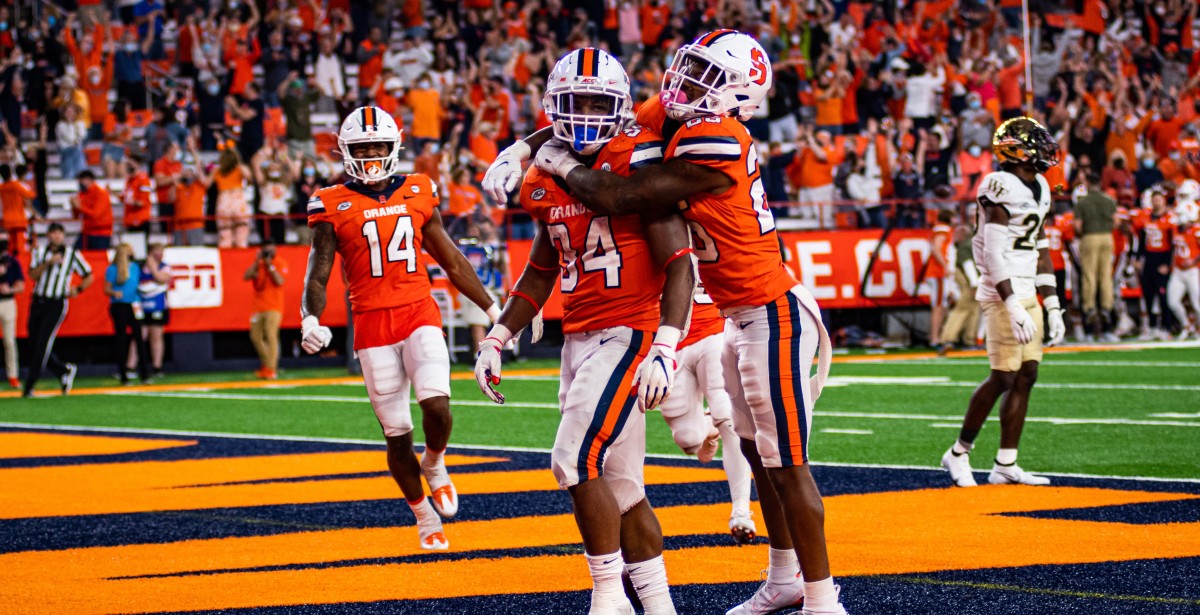 1. Win the Games You Should

Syracuse has to beat Wagner and UConn. Period. Both are teams that should be inferior to Syracuse. If you cannot win both of those games, you are not going bowling.

There are several games on the schedule that will be viewed as “toss-up” types that could go either way. They include Louisville, Purdue, Virginia, Florida State and Boston College. Obviously if Syracuse wins four of those five, after winning the games in number one above, that is six games and bowl eligibility. If not, an upset or two will be necessary. The good news for the Orange is that all four are at home.

3. Pull Off an Upset

If Syracuse does not win at least four of the toss-up games, upsets will be needed to make up for that. Syracuse does get NC State and Notre Dame at home, but both will be heavily favored. The Wolfpack blew out Syracuse last season while the Irish did so two years ago. The Orange was the road team for both of those games, however. In addition, Syracuse will have opportunities at Clemson, at Pittsburgh and at Wake Forest. If Syracuse goes 3-2 in the toss up games, beating one of NC State, Notre Dame, Clemson, Pittsburgh or Wake Forest will be necessary for bowl eligibility. If Syracuse goes 2-3 in the toss up games, the Orange will need to win two of the “upset” games.

An issue over the last few seasons has been Syracuse wearing down as the year progressed. Syracuse lost its last three games after starting 5-4 a year ago, in part due to injuries and lack of depth. This year’s team is deeper, which will help, but the Orange has to stay healthy to navigate this schedule. Especially the gauntlet in the middle of the season with four straight ranked opponents. From October 15th to November 5th, Syracuse faces #13 NC State, at #4 Clemson, #5 Notre Dame and at #17 Pittsburgh. That is a difficult task to say the least.