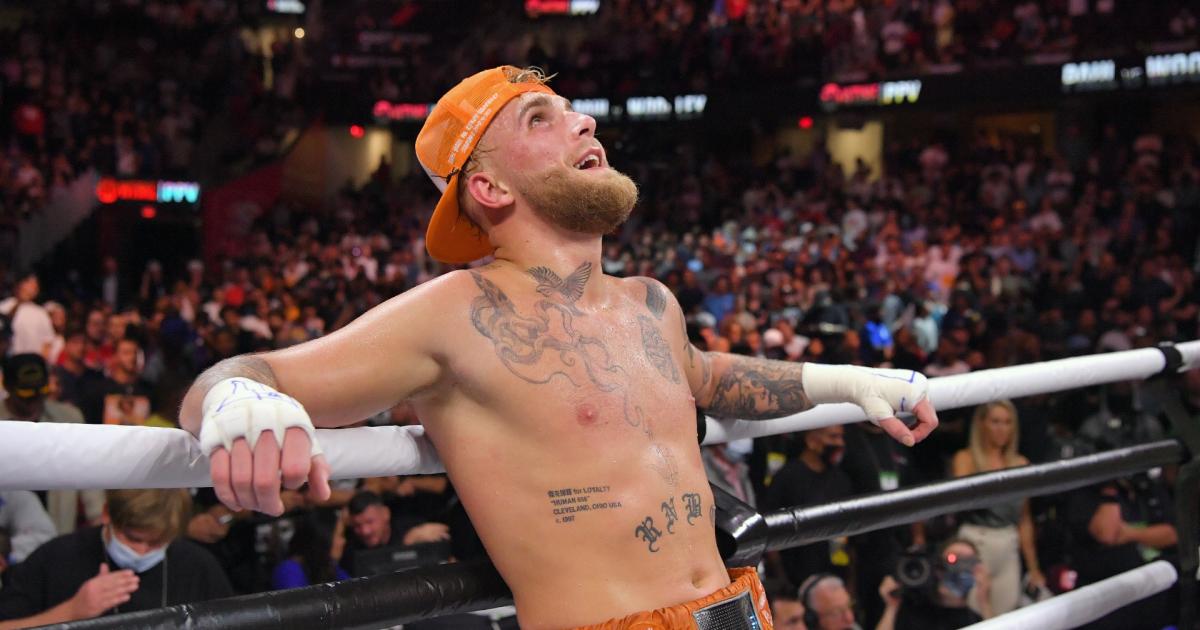 Recently, many have wondered what is next for Jake Paul. The YouTube star has stirred the pot thanks to his time in boxing. After his bouts with Tommy Fury and Hasim Rahman Jr. were nixed, however, he would have to do something extraordinary to get people interested in his fights again.

A clash against one of the greatest MMA fighters of all time might do the trick.

TMZ, following an initial report from NoSmokeBoxing, reported that Paul will be taking on Anderson Silva. The bout is rumored to take place on October 29.

Paul has been looking to fight Silva for a long time. When he chose to face Rahman following visa issues for Fury, Paul did entertain the idea of taking on Silva. That is what he said on Ariel Helwani’s MMA Hour.

“100% (we considered Silva). I think that fight still happens at some point. But, you know, I just didn’t wanna knock out another ‘old MMA guy,’ and then people are just like, ‘Oh, we don’t wanna see it,’” Paul went on to say. “After I beat a professional boxer August 6, then I’ll be able to do whatever I want and fight whoever I want without any criticism.”

Paul is 5-0 in the boxing ring, having beaten AnEsonGib, Nate Robinson, Ben Askren, and Tyron Woodley twice. He was supposed to fight Rahman on August 6, but there were issues surrounding Rahman’s weight. The fight was called off not long after.

Silva made his MMA debut in 1997 and joined the UFC in 2006. He beat Chris Leben via KO in his UFC debut and went on to beat Rich Franklin to win the UFC middleweight title. From 2006-2012, Silva went on a legendary run. He successfully defended the title 10 times and was on a 16-fight win streak.

Since 2013, however, Silva’s MMA run took a little detour. After losing the middleweight title against Chris Weidman at UFC 162, Silva went 1-6 with one no-contest. Injuries, age, and surgeries affected his career. Silva’s last fight was a TKO loss against Uriah Hall in October 2020. He was later released from his UFC contract.

Silva previously competed in a boxing ring in 1998 and 2005, going 1-1. He returned in 2021, beating Julio Cesar Chavez Jr. in Mexico. In September 2021, Silva knocked out former MMA fighter Tito Ortiz in the first round. He recently fought Bruno Machado this past May in a non-scored bout.

Here is a complete guide for a potential Paul-Silva fight, including the start time, fight card, price, updated betting odds, and more. The Sporting News will be providing updates as time goes on.

MORE: Breaking down the controversy around Jake Paul’s canceled fight

When is Jake Paul vs. Anderson Silva?

Paul vs. Silva is rumored to take place on October 29. The Sporting News will be providing more information as it is released.

How to watch Jake Paul vs. Anderson Silva

Jake Paul vs. Anderson Silva will reportedly be on Showtime PPV. Viewers can stream Showtime via Amazon Fire TV, Android TV, Apple TV, Roku, Xbox ONE, a laptop, or any mobile or tablet device.

Jake Paul vs. Anderson Silva PPV price: How much does Paul vs. Silva cost?

The Sporting News will be providing more information regarding the potential pay-per-view price for Paul vs. Silva.

Where is Jake Paul vs. Anderson Silva?

A location has yet to be determined for the fight, although Phoenix is the rumored destination, per Dan Rafael. The Sporting News will be providing more information as it is released.

Per BetOnline, Anderson Silva is the -135 favorite, while Jake Paul is the +105 underdog.