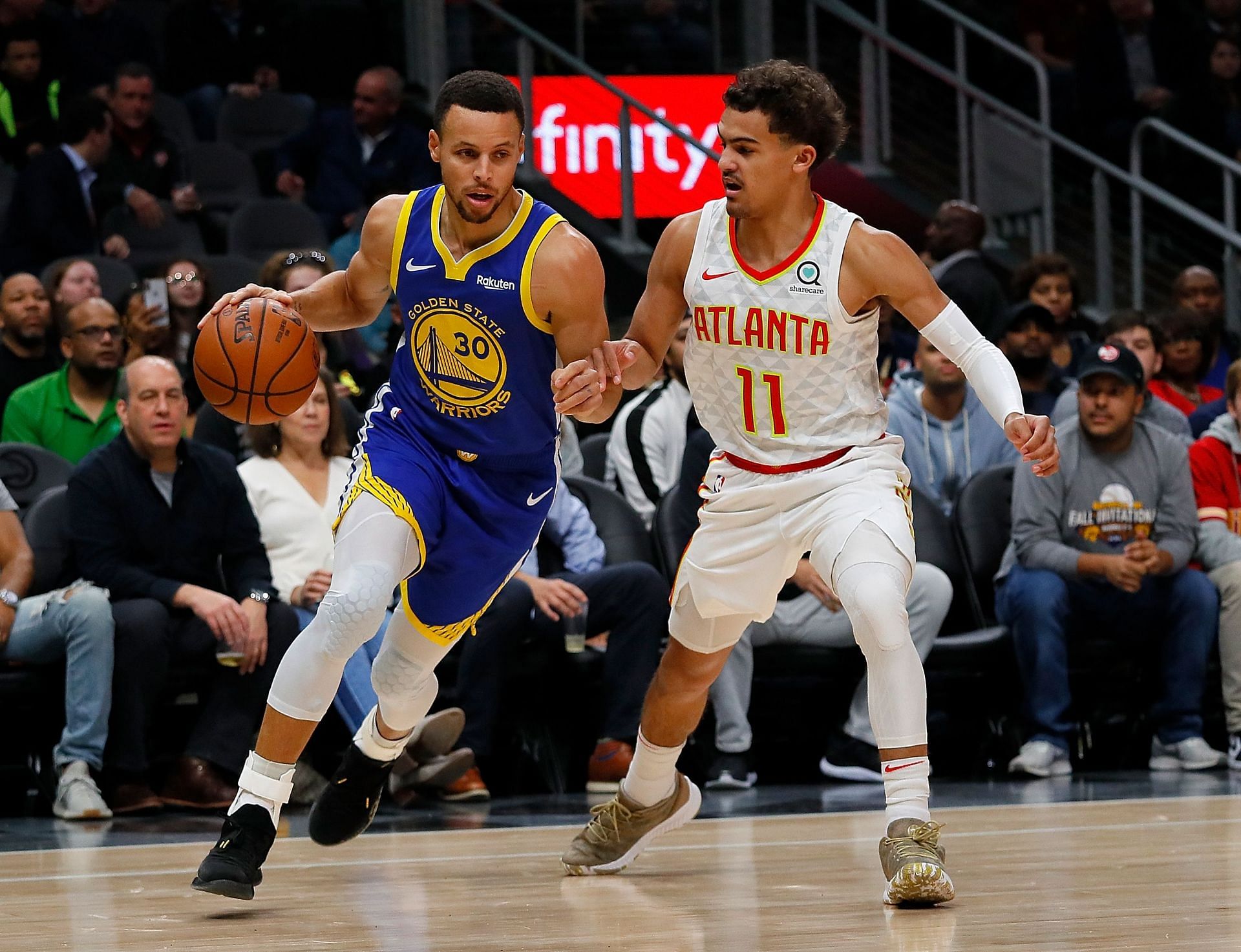 Many NBA players have been active this offseason, whether playing in pro-am tournaments or participating in basketball sessions. The latest stars to join in the Rico Hines’ runs were Steph Curry of the Golden State Warriors and Trae Young of the Atlanta Hawks.

Meanwhile, Kyrie Irving is ready to take over the league after missing a chunk of last season due to his vaccination status. Irving has an entire offseason to prepare for what could be his final season with the Brooklyn Nets. He is reportedly focused on having an MVP-caliber season.

Here is the latest NBA news roundup for Aug. 30 brought to you by Sportskeeda.

Victor Wembanyama, Scoot Henderson expected to battle it out as top pick for 2023 NBA draft

The 2023 NBA draft is still a year away, but there are already two consensus top players from the class. Victor Wembanyama from France and Scoot Henderson of the G League Ignite Team will likely be the top picks. Wembanyama is a 7’2″ big man, while Henderson is a 6’3″ athletic guard.

Wembanyama currently plays for Metropolitans 92 in France. He’s a freak of nature, with the size of a center and the skills of a guard. An anonymous NBA general manager described Wembanyama in an interview with HoopsHype.

“Wembanyama is a physical freak who plays like a guard that can hit step-back shots and handle the ball,” the GM said. “His durability is a concern. He’s not Kristaps Porzingis, I think he’s more talented. Defensively, he’s like Evan Mobley. Offensively, he’s like Porzingis.”

Meanwhile, Henderson is considered an elite guard. Scouts believe that he can play in the NBA already. His athleticism is off the charts, but he also has the length to defend the perimeter and the vision to make the right passes.

Steph Curry and Trae Young are two of the best shooters in the NBA. They have spent some time together this offseason. They recently participated in the latest runs by Rico Hines at UCLA. Curry and Young teamed up to take on several NBA players such as Pascal Siakam, Cade Cunningham and Scottie Barnes.

Curry and Young looked unstoppable during the basketball session. The Golden State Warriors superstar is coming off his fourth championship and possibly the best year of his career. Meanwhile, Young had another great season, but the Atlanta Hawks were disappointing.

For those who do not know, Hines is the player development coach for the Toronto Raptors. He has hosted many players for private runs and practices at UCLA. In addition to the stars mentioned above, Draymond Green and Paul George participated in one of the runs last week.

Several NBA players were in action Monday for the recent window of the 2023 FIBA World Cup qualifiers in Asia and the Americas. Jordan Clarkson of the Utah Jazz led the Philippines to an 84-46 win over Saudi Arabia. Clarkson had 23 points, five rebounds and six assists.

Meanwhile, Chris Duarte and Buddy Hield were in action for the Dominican Republic and Bahamas, respectively. Duarte had 20 points in the 76-72 loss to Venezuela. Hield put up 10 points, seven rebounds and six assists, but the Bahamas were blown out by Argentina 95-77.

Kai Jones also had 16 points and six rebounds for the Bahamas, but that wasn’t enough. Kelly Olynk led Canada in their 106-50 win over Panama with 18 points, six rebounds and five assists.

Kyrie Irving looking to have an MVP-caliber season

Kyrie Irving reportedly started the offseason trying to find a sign-and-trade deal out of the Brooklyn Nets. However, Irving decided to opt into his $36.5 million contract next season. The seven-time All-Star will also have Kevin Durant back and a healthy Ben Simmons.

According to Brandon “Scoop B” Robinson, Irving has been working out hard this summer. He has focused on weight training and core fitness in the gym. Robinson also noted that the Nets superstar looks to have an MVP-caliber season.

Nets PG Kyrie Irving has been in the gym, focusing on weight training and core fitness this off-season.

Those close to the PG tell @BallySports Irving’s focused on having an MVP caliber season literally. “He’s more than just a dribbling sensation.” twitter.com/_Ricasso/statu…

Kyrie Irving & the Nets have had ‘complications’ of what the next move would be, whether it be an incentive based contract or more per @ScoopB

Kyrie Irving & the Nets have had ‘complications’ of what the next move would be, whether it be an incentive based contract or more per @ScoopB Story here: heavy.com/sports/brookly… https://t.co/e6CCw3CEBq

Nets PG Kyrie Irving has been in the gym, focusing on weight training and core fitness this off-season.Those close to the PG tell @BallySports Irving’s focused on having an MVP caliber season literally. “He’s more than just a dribbling sensation.” twitter.com/_Ricasso/statu… https://t.co/k0751xSdPN

In 11 seasons, Irving has never received an MVP vote. He’s still one of the most skilled players in the league today. However, it would be hard to win the award with Durant as his teammate. KD is considered one of the best players in the world.

Free agency was active in its first few days, but the market has slowed down since. Several free agents have decided to move away from the league and sign with an international team. These players were all on an NBA roster at the end of last season.

Tim Frazier has signed with AEK Athens in Greece. Frazier played ten games for the Orlando Magic and two for the Cleveland Cavaliers last season. AEK Athens is Frazier’s first team outside the United States. He played two seasons in the G League and eight in the NBA.

Meanwhile, James Ennis has signed for BC Samara of the VTB United League in Russia. The veteran forward played for the LA Clippers and Denver Nuggets last season. Isaac Bonga spent some time with the Toronto Raptors but now plays for Bayern Munich in the Bundesliga.