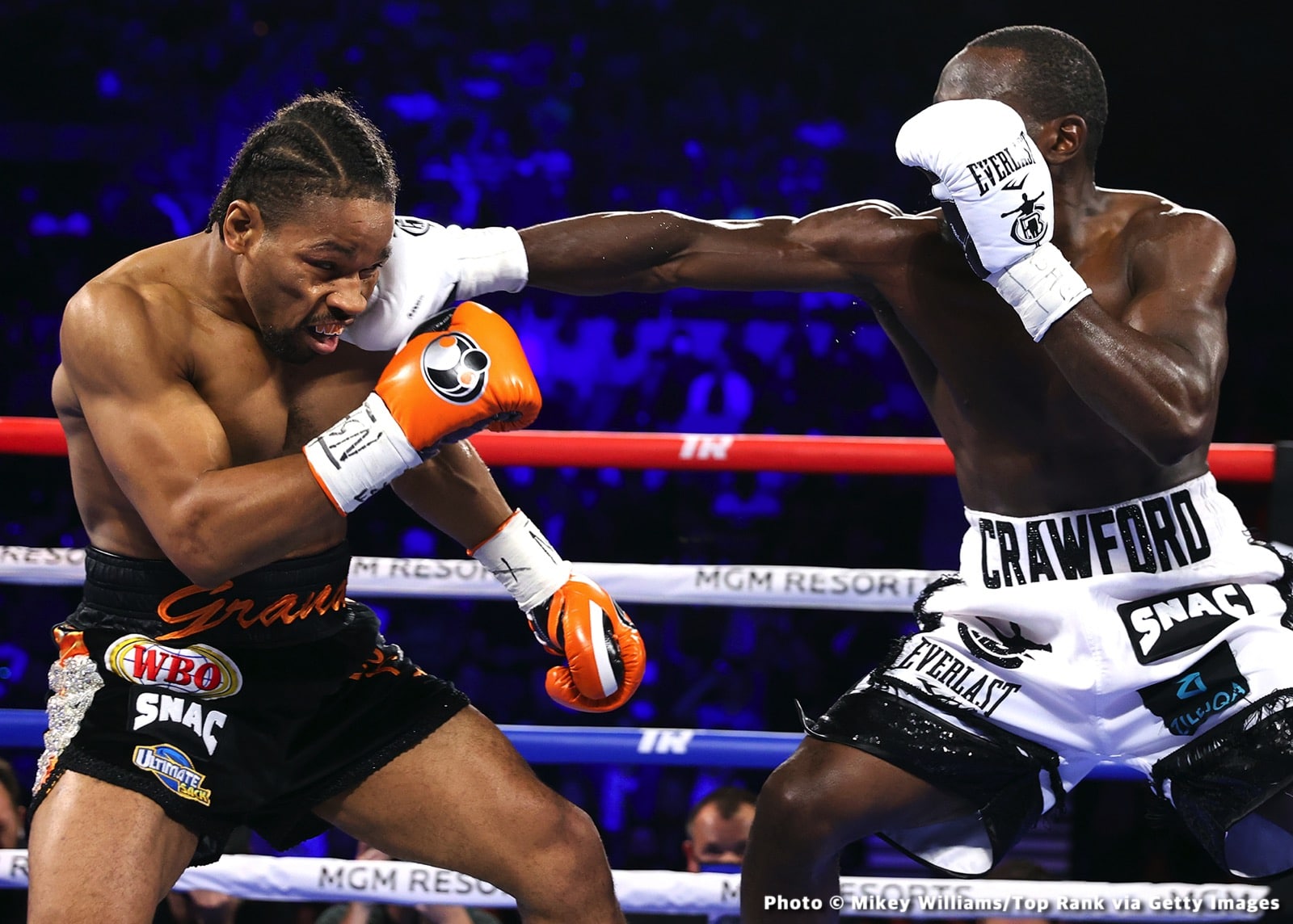 Canelo likes the skills of Crawford (38-0, 29 KOs) and is impressed with the way he’s able to seamlessly switch from southpaw to orthodox stance without losing anything.

It’s still anyone’s guess whether Spence vs. Crawford fight will happen, but it’s a good sign that neither fighter has been scheduled to take another fight.

If the management for Spence & Crawford had given up on putting the match together, they would have already scheduled both against other opposition.

Canelo says that if he were to face Crawford, he would be patient and focus on attacking his body rather than his head. He feels that Crawford is too difficult to hit with headshots, so he would go downstairs.

We saw Canelo employ the same tactic when he fought the crafty Erislandy Lara in 2014 and focused on attacking his body. Even then, Canelo barely won a 12 round split decision that many boxing fans saw as a gift.

“I think Crawford because he goes southpaw and [orthodox],” said Canelo Alvarez to Fighthype when asked who wins the Errol Spence Jr. vs. Terence Crawford fight.

“I think he’s a very difficult fighter. Just be patient and prepare myself as always and be patient,” Canelo said when asked how he would fight someone like Crawford.

“Work the body, and being patient is the key. Everybody looks to the head [of Crawford], and it’s very difficult to hit in the head that kind of fighter,” said Canelo.

“No disrespect, but I pick Crawford. I don’t think so; they so good,” said Canelo when asked if Jaron ‘Boots’ Ennis is ready for Crawford and Spence. “He needs to wait, don’t be in a hurry.

“He’s [Crawford] got a lot of skills & power. He’s a smart fighter. In boxing, anything can happen; you never know, especially when two good fighters mix it up. “Three or four more,” said Canelo when asked when Boots Ennis will be ready for Crawford & Spence.