Serena Williams’ path to US Open final: How tennis legend could reach another title round 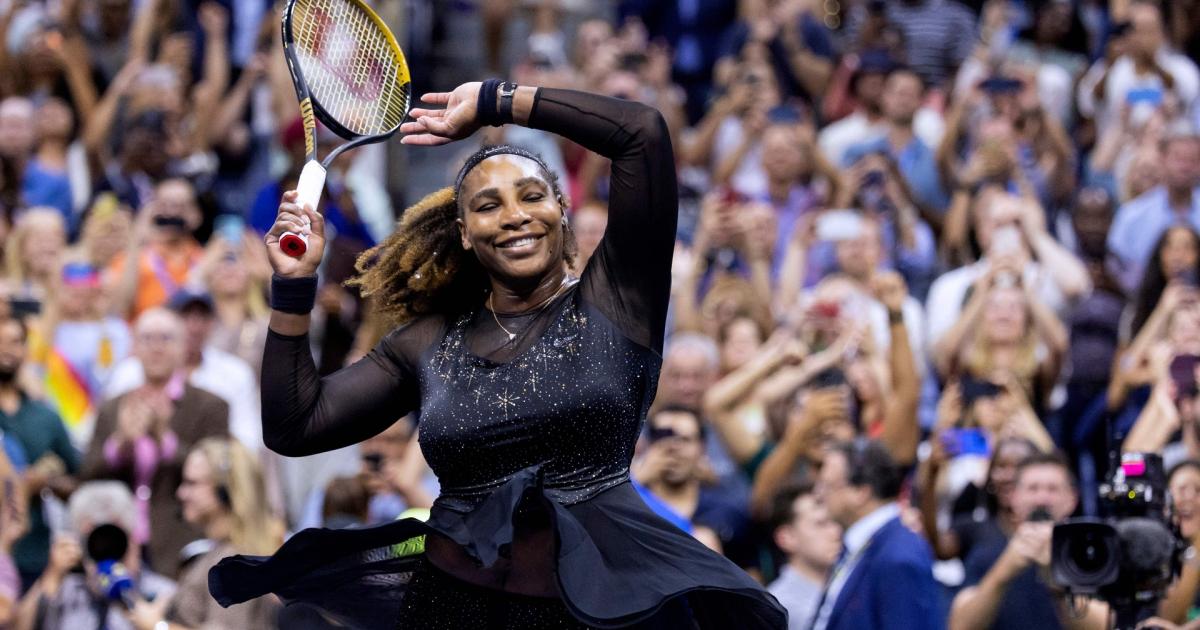 When Serena Williams arrived at Arthur Ashe Stadium on Wednesday, many believed it would be her final time playing a singles match in her career.

And why wouldn’t they? The 40-year-old Williams was set to face 26-year-old, world No. 2-ranked Anett Kontaveit, who just came off a 6-3, 6-0 dismantling of Jaqueline Cristian in the first round of the 2022 US Open.

But Williams silenced all the speculation that her evolution to retirement would be a quick one. After winning the first set in a tiebreak and dropping the second handily, Williams put away Kontaveit in the third, winning 6-2 and continuing what is likely to be her final run through a Grand Slam singles tournament.

With the victory over Kontaveit now in the rearview mirror, there won’t be many who doubt that Williams can make a run. And given how the women’s bracket is shaping up, a path is beginning to emerge for Williams to extend her stay in Flushing, N.Y., perhaps for a while.

MORE: Williams has awesome breakdown of US Open win over Kontaveit

How does that path currently look? The Sporting News dives in.

What is Serena Williams’ path to US Open 2022 final?

The field was always going to be difficult for Williams to navigate based on her current ranking. She is the No. 605 singles player in the world.

Of course, the field no longer has a challenge of Kontaveit’s level until the final. And Williams won’t face a seeded player until at least the quarterfinals.

Williams will play Ajla Tomljanovic, who is ranked 46th by the WTA, in the third round Friday. There was a chance that she could have faced No. 14 Leylah Fernandez or No. 23 Barbora Krejcikova in the Round of 16. Instead, it will be either Liudmila Samsonova or Aleksandra Krunic. Samsonova is the world No. 35 player and Krunic is at No. 96.

It appears likely that she will face a seeded player in the quarterfinals if she reaches them. Of the four possible opponents, three are seeded: No. 5 Ons Jabeur, No. 18 Veronika Kudermetova and No. 31 Shelby Rogers. Dalma Galfi (ranked 91st in the world) would be the only unseeded player in the group, if she were to beat Kudermetova in the third round.

Why does the seeding matter? In her career, Williams has dominated unseeded players, particularly at the US Open. She is 57-3 against unseeded players in the tournament and she has never lost to them prior to the semifinals.

If Williams is able to make it to the semifinals, there are four seeded players she could face there: No. 12 Coco Gauff, No. 17 Carolina Garcia, No. 20 Madison Keys and No. 29 Alison Riske-Amritraj.

Should she reach the final, there remain a number of seeded opponents she could face, including No. 1 Iga Swiatek.

That’s plenty of high-ranking potential opponents, but after defeating the No. 2 player in the world, there’s no reason to think that one of the greatest tennis players of all time, who’s playing without “anything to prove” or “anything to win,” as she said after the match, couldn’t make a run in an event she has won six times while playing in front of a supportive crowd.

What is Serena Williams’ potential US Open 2022 schedule?

Perhaps the biggest obstacle could simply be the amount of tennis she still has left to play. Williams has made it past the third round just three times in 10 singles tournaments since the 2020 US Open; she reached the quarterfinals of the 2021 Yarra Valley Classic, the semifinals of the 2021 Australian Open and the Round of 16 in the 2021 French Open.

But on top of having the singles schedule to navigate, she is also entered in doubles with her sister, Venus Williams. The last time she participated in both singles and doubles in the same tournament was at the ASB Classic 2020. She won the singles tournament and lost the doubles while paired with Caroline Wozniacki.

One day after her victory against Kontaveit, the Williams sisters will face Lucie Hradecka and Linda Noskova at 7 p.m. ET Thursday in their first doubles match.

Here’s how Serena’s schedule could look if she keeps advancing in both singles and doubles:

* The USTA has not officially posted a women’s doubles semifinal date on its schedule, but this would be the expected date for the match based on past tournaments.

Given how the scheduling for these matches usually works, it would be expected that Williams would not play both her singles and doubles matches on the same day at any point. However, that would still mean playing a round of tennis every day between Wednesday and Sept. 11, if she were to make it all the way in both singles and doubles.

That, of course, would be expecting a lot. But anything can happen with the Williams sisters, as Serena displayed Wednesday. And if she continues to play the way she did against Kontaveit, she could be in for a busy September.