Is This Justin Fields’ Last Chance To Cement Himself As The Bears’ QB1? Could Losing Record Cost Browns’ Kevin Stefanski His Job? 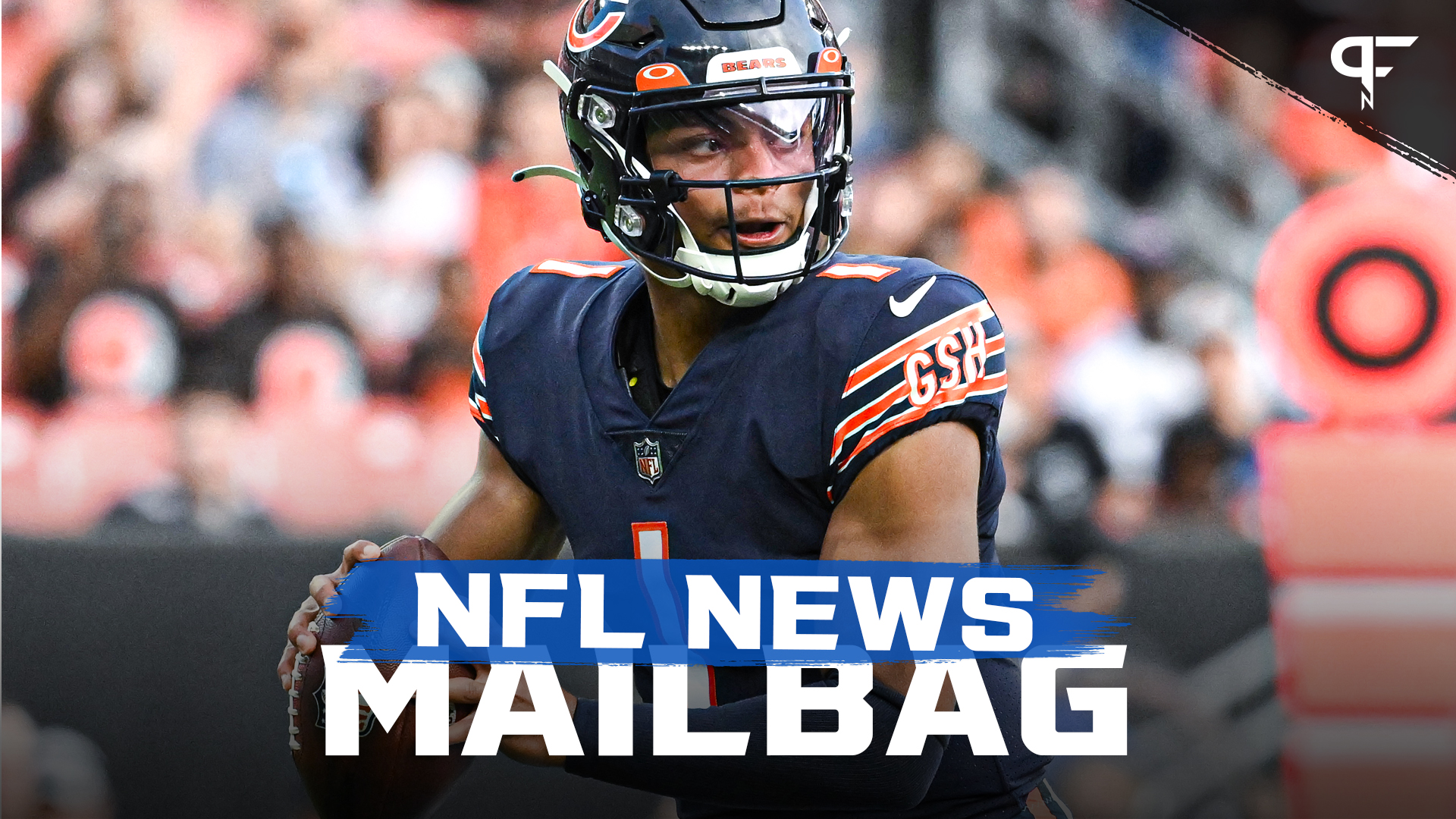 The NFL regular-season opener between the Buffalo Bills and Los Angeles Rams is less than a week away, so naturally, fans have questions about their respective teams heading into Week 1. That’s why Pro Football Network opens up the weekly mailbag surrounding the latest NFL news and rumors to get some of those questions answered.

Don’t want to wait until the mailbag comes out to see if your questions were answered? Join us in the PFN Discord channel for weekly AMAs with our various analysts.

This season is a call-back audition for Justin Fields in front of a new director and new producers, if that makes sense. The head coach and GM that brought him in are gone, and now there are new showrunners in GM Ryan Pace and head coach Matt Eberflus.

Sure, Fields had a rough first season, but he showed flashes of brilliance and is now getting a clean slate to thrive under a different direction. Is the supporting cast ideal? No, but that’s life in the NFL. In Year 2, Fields needs to show significant improvement.

He knows what to expect from the division. He has experienced the NFL. Now, it’s about to get real, and so the Bears will evaluate him under a microscope before deciding whether or not to move in another direction.

While it was the preseason finale, Fields showed some really positive signs within the new offense, completing 87.5% of his passes for 156 yards and three touchdowns. It’s not fair to think Fields will be that efficient in the regular season, but if he can continue to take advantage of the new play-calling, he will solidify himself in Chicago and won’t need another “chance” to prove himself.

If he can take advantage of the skill sets of Darnell Mooney, Velus Jones Jr., and Equanimeous St. Brown, the Bears could be a surprising big-play offense. He does need time in the pocket, though, and the trenches are a long-term project for the new brain trust. Fields will need to prove himself in the minefield of mediocre OL construction.

All that said, yes, this is probably Fields’ last opportunity to prove he can start for Chicago, given the circumstances of a new regime. That said, I don’t think failure here would relegate him to permanent backup status elsewhere.

Does a losing record get Browns HC Kevin Stefanski fired?

The Cleveland Browns need to be very careful with their judgments moving forward. After trading for and guaranteeing Deshaun Watson’s mega salary, following two dozen accusations of sexual misconduct, the organization has come under heavy fire for its overall logic. Watson is now suspended for 11 games, and the Browns aren’t really in a spot to surge following an intense single-offseason retooling of the roster.

With Jacoby Brissett as the starting QB, it’s hard to imagine Cleveland winning more than five games in Watson’s absence. With that outlook that has been thrust on Kevin Stefanski, it’s hard to imagine the Browns would rush to push him off a cliff, especially because he knows the inner workings of the acquisition of Watson.

Given those circumstances, I think the Haslams will be patient this season. Stefanski led this team to the playoffs just two years ago, and last year was a letdown largely due to a plethora of injuries.

The Browns traded for Watson to win immediately, but they did so with the idea that Stefanski would anchor the ship. They need to give that duo a full season before moving on.

Well, let’s go over this:

So, both moves led to Chicago seemingly getting better on paper. Tough beat, as they say, for the Vikings. That said, the answer is apparent here: Blacklock.

With Smith-Marsette, the Vikings were taking worthwhile steps to upgrade him with a player who has a notable pedigree and special-teams upside in Reagor. With Blacklock, the Vikings rid themselves of Watts for a draft bust who was worth a late-round pick swap. Reagor has been seen as a bust to his point, but he still has upside and was moved by the Eagles largely because he was upgraded over multiple times. Blacklock was acquired in a bail-out trade.

The Eagles wouldn’t have cut Reagor had he not been traded. Blacklock would have probably gotten the chop had a deal not gone through, and Watts is clearly a bigger loss than Smith-Marsette.