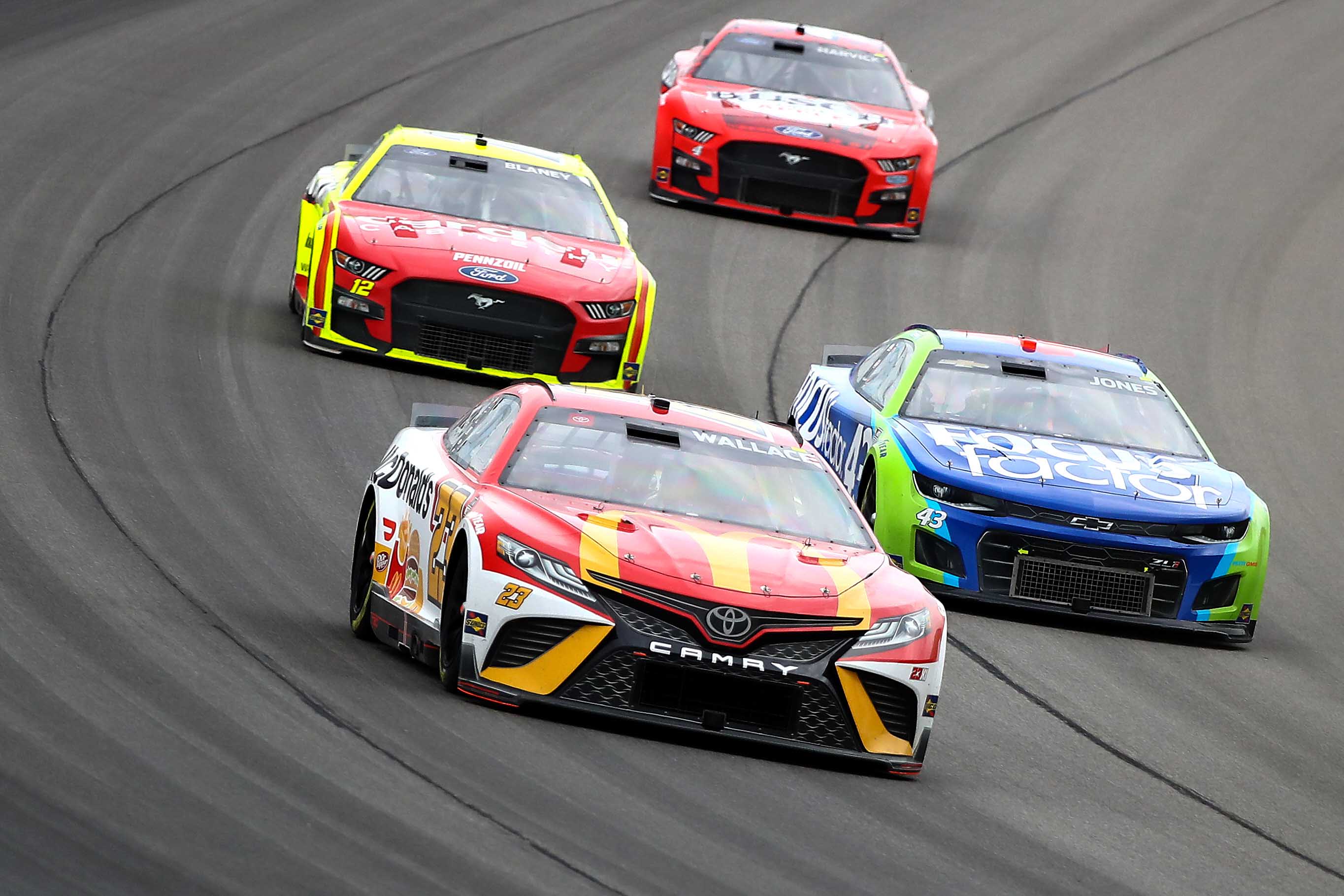 Kurt Busch is sidelined with concussion symptoms after a rear impact

At the start of the 2022 season, NASCAR launched the Next Gen car. The car is designed to drastically reduce costs as the cars are identical from team to team with the exception of the manufacture body shapes.

Beyond a cost saving measure, the car is also designed to be safer. The data on the car is safer, on paper.

In late July, Kurt Busch backed his car into the wall off turn three in qualifying. He’s now scheduled to miss the last 7 races as he suffers from concussion symptoms.

All year, drivers have stated that impacts with the Next Gen car are harder than previous generations. Now, NASCAR is proactively looking into the situation.

After a crash at Daytona, Hamlin has elected to remove himself from an Xfinity ride this weekend at Darlington.

“I have had some soreness in my neck, back, and hips from the wreck on Sunday,” said Hamlin.

“I feel like the right thing for me to do is to sit out the Xfinity Series race and put 100 percent of my focus on getting ready for this weekend’s Cup Series playoff race.”

Hamlin added, “I feel like my jaw was like one of those boxers that gets his whole face demolished.”

“For me, I’ve only crashed the Next Gen car, truthfully, twice where I feel like it was a hard wreck, and they were both at superspeedways,” said Stewart-Haas Racing driver Chase Briscoe.

“Both of them were way better than I thought they were going be. The Talladega wreck, for sure, I thought was going to be way worse from a ‘feel’ standpoint, and I felt fine.”

“I was sore the next day or two, but I feel like that was kind of typical.  Obviously, I think there’s still stuff we can do to make it better, but I think in the old car there was still stuff we could do to make it better. So I think that’s the hard thing right now with the Next Gen car is, with the old car, we literally probably had thousands of data points that we could look at in crashes, where right now we’re not even probably in the hundreds yet.

“So it’s just hard to kind of pinpoint what we need to do better on this car, and as it runs and as we get through the years, I’m sure we’re going to continue to make progress on it and make it better. But I think it’s always a moving target.”

“You’re never gonna be perfectly safe; I don’t think. You’re a race car driver driving nearly 200 miles an hour, and anything can happen, but the safer we can make it, the better.”

Dale Earnhardt Jr suffered 20+ concussions; He hid most of them from NASCAR

NASCAR looking into crash data of Next Gen car

“When we discussed it with the drivers and the teams, we essentially said that in right-frontal impacts and right-lateral impacts, right-side impacts and left-side impacts, we expected the experience to be approximately the same as they’ve had in the past (with the Gen 6 car),” said John Patalak, managing director, safety engineering at NASCAR.

“In frontal impacts, the Next Gen [data] shows to perform a little better… In rear impacts, we didn’t have as much space available to us as we did in Gen-6 for crush. We wanted to be sure we were not going to have fires or fuel cell damage during rear impacts. So we were a little bit limited, and we talked to drivers about that in 2021, and also the teams.”

“A lot of drivers have said at different times, ‘Hey, that felt like the hardest hit I’ve ever had. What’s going on? That was huge,’” Patalak added.

“When we look at the speed and angle into the wall of some of those crashes, which are two things which dictate crash severity, we have indeed seen some big hits this season, and that would be the case regardless of the type of race car.”

NASCAR isn’t just looking at the rear of the car regarding impacts. Foam around the rear of drivers seat is another possible option.

“Can we make that better with newer and different materials, as well as optimizing the current materials?” Patalak said.

“We are looking at ways to be creative in creating more deflection for rear impacts,” Patalak said. “It would involve all those parts and pieces—the rear clip, the rear crash structure, the rear bumper, the rear bumper foam. That whole area from behind the driver’s seat has to work as a complete assembly during a crash.”

NASCAR working to fix the Next Gen car for short tracks