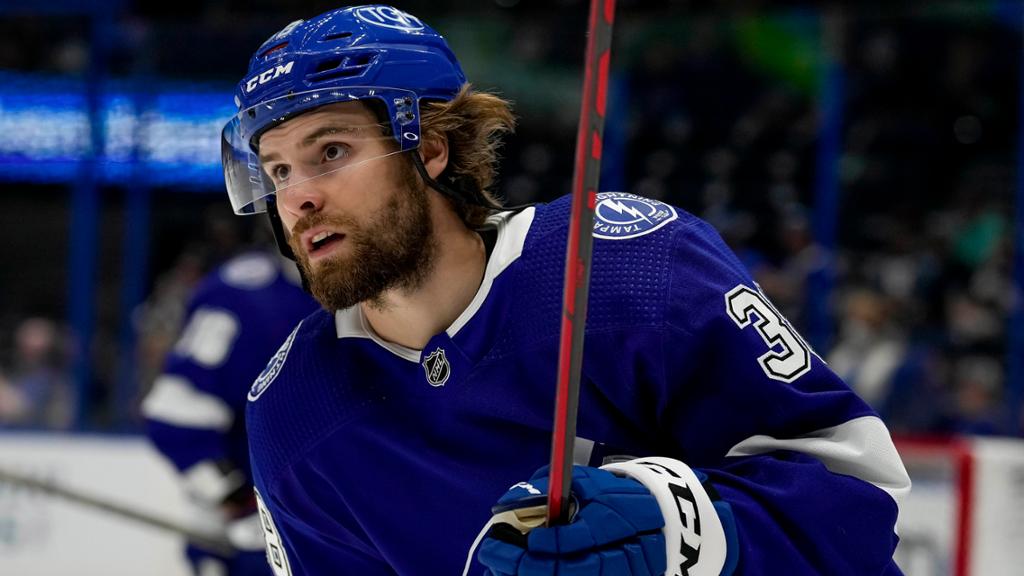 NHL.com is providing in-depth analysis for each of its 32 teams from Aug. 8-Sept. 8. Today, three important questions facing the Tampa Bay Lightning.

1. Can Brandon Hagel produce in a top-six role?

When the Lightning acquired Hagel in a trade with the Chicago Blackhawks on March 18 for forwards Taylor Raddysh and Boris Katchouk and conditional first-round picks in the 2023 NHL Draft and 2024 NHL Draft, it was with the hope that the 24-year-old forward could develop into a consistent 30-goal scorer.

He scored 21 goals in 55 games with the Blackhawks before the trade, but had four in 22 regular-season games and two in 23 playoff games with the Lightning. He also sustained a broken foot during Game 2 of the Eastern Conference Second Round against the Florida Panthers, which prompted coach Jon Cooper to shift him into more of a defensive role than one where he could create offense.

Hagel will be relied on to produce offensively this season, and could start the season in a top-six spot with Ondrej Palat leaving in free agency and Anthony Cirelli out possibly until December recovering from offseason shoulder surgery.

2. How will they overcome the departures of Palat and Ryan McDonagh?

To maintain flexibility under the NHL salary cap, the Lightning were unable to match the five-year, $30 million contract ($6 million average annual value) forward Palat signed with the New Jersey Devils on July 14, and traded defenseman Ryan McDonagh to the Nashville Predators on July 3.

Palat had spent his entire 10-season career with the Lightning. The 31-year-old forward was a key part of Stanley Cup championships in 2020 and 2021 and tied for the Tampa Bay lead with 11 goals during the playoffs last season.

“He’s going to go down as an all-time great Tampa Bay Lightning player,” Lightning general manager Julien BriseBois said. “He was a part of a lot of our winning.”

Hagel, Nicholas Paul and Ross Colton could be in line for more ice time at forward with Palat gone.

McDonagh was traded to the Predators on July 3 for defenseman Philippe Myers and forward prospect Grant Mismash. The 33-year-old defenseman had been a steady presence the past five seasons for the Lightning, recently on the second pair with Erik Cernak.

Mikhail Sergachev, who signed an eight-year, $68 million contract extension ($8.5 million AAV) on July 13, will be expected to elevate his game with McDonagh gone.

“I would expect that Mikhail Sergachev will be called upon to play a bigger role,” BriseBois said. “He’s ready and right for those responsibilities.”

3. Can they stay healthy?

The wear and tear of three consecutive trips to the Stanley Cup Final began to show during the 2022 postseason and will leave the Lightning shorthanded to start this season.

Cirelli and defenseman Zach Bogosian each had offseason shoulder surgery after the Final, and BriseBois expects each to return in November or December.

Center Brayden Point sustained a tear in his right quadricep that forced him to miss 14 playoff games, and forward Nikita Kucherov played through a sprained MCL during the playoffs. Each is expected to be ready when the season starts at the New York Rangers on Oct. 11.

If Tampa Bay aims to remain a Stanley Cup contender, it will need its top players to stay healthy.