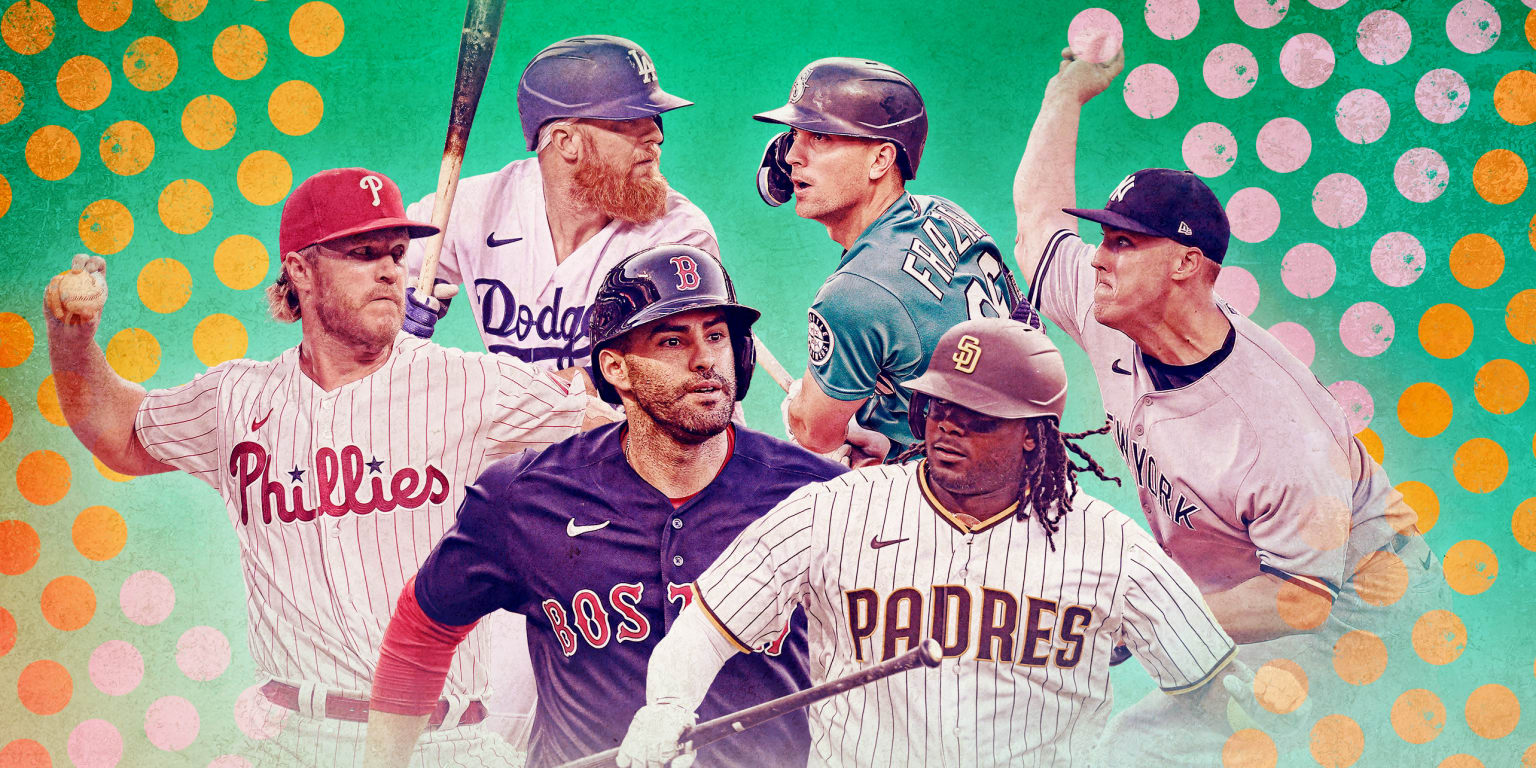 Aaron Judge is having one of the greatest walk-year campaigns of all time, possibly setting himself up for a free-agent contract in excess of $300 million this offseason. Trea Turner, Dansby Swanson and Edwin Díaz have also done their best to maximize their earning potential in free agency during 2022.

But not every soon-to-be free agent has been so fortunate.

The final month of the regular season could prove crucial to the free-agent value of the players below. Here are 10 walk-year players who need strong stretch runs to improve their standing on the market. (All stats are through Friday.)

Josh Bell, 1B, Padres
Bell’s 136 OPS+ on the season looks great, but he has struggled (71 OPS+) since joining the Padres along with Juan Soto in a Trade Deadline blockbuster, and his power production has dwindled in 2022. The switch-hitting first baseman has gone deep 16 times over 130 games this season, with just five homers in his past 63 games, and his hard-hit rate has dropped 10.4 points since 2021. Bell, 30, doesn’t offer much value on defense or with his legs, and while he has made strides in the contact department, his pop is the attribute that’s going to drive his market.

Joey Gallo, OF, Dodgers
A strong season at the plate could have set up Gallo to earn a contract similar to the one signed by fellow strikeout-prone left-handed slugger Kyle Schwarber in March (four years, $79 million with the Phillies), especially considering Gallo is the better defensive outfielder of the two. That’s off the table now, with Gallo putting up a .164 average, 15 homers and a 39% K-rate over 102 games in 2022. He’s been better since he was dealt from the Yankees to the Dodgers at the Trade Deadline, however, and a solid September could make teams more willing to throw out his struggles with New York.

Craig Kimbrel, RHP, Dodgers
Kimbrel’s performance has been all over the map since he signed his last free-agent deal — a three-year contract with the Cubs that guaranteed him $43 million and included a $16 million club option for 2022. The veteran right-hander did turn back the clock with a vintage first half in 2021 (0.49 ERA, 1.10 FIP), but he wasn’t able to keep it up after being dealt to the White Sox last summer and has been mediocre following an offseason trade to the Dodgers. While Kimbrel has capably filled the closer role for Los Angeles, his strikeout and whiff rates are both career lows and he owns a 4.14 ERA. Looking ahead, the 34-year-old is set to enter a robust reliever market with Díaz, Kenley Jansen, Aroldis Chapman, Brad Hand and Michael Fulmer.

Sean Manaea, LHP, Padres
Jon Gray’s four-year, $56 million deal with the Rangers likely would have been a comp for Manaea this offseason if he had another season like 2021 (3.91 ERA, 3.66 FIP, 4.7 K/BB), but he entered Saturday’s game against the Dodgers with a 6.37 ERA and .900 opponents’ OPS in his previous 13 starts. That said, there’s still time to improve his value if he steps up down the stretch for a Friars club that’s fighting for a postseason spot.

J.D. Martinez, DH, Red Sox
Martinez registered a sparkling .345/.413/.571 slash with eight home runs over his first 52 games this season, but he’s homered just three times in his past 63 games while striking out at a 25.2% clip and posting a .590 OPS during that time. The veteran also tailed off in the second half last year, though not to this extent. As a full-time DH who recently turned 35, Martinez might have a limited market, but he could pull in a few more teams with a big finish.

Charlie Morton, RHP, Braves
Morton was set to hit free agency last offseason after completing a one-year, $15 million deal with the Braves, but Atlanta re-upped the veteran right-hander in September for another year at $20 million with a $20 million club option for 2023. It’s possible he’s already shown enough to get the Braves to pick up his option — or to get another team to offer him a similar salary, should Atlanta decline — as he’s bounced back from a poor start to record a 2.84 ERA and a 32.2% K-rate in his past 14 games. However, that could change if Morton, who will turn 39 in November, gets hit hard this month.

Noah Syndergaard, RHP, Phillies
In a way, this season has been a success for Syndergaard due to the fact that he’s made 20 starts after missing nearly two years while recovering from Tommy John surgery. But after signing a one-year, $21 million contract with the Angels, he hasn’t resembled the flamethrower he was in the past. From 2015-19, Syndergaard had a 26.4% strikeout rate, a 50.1% ground-ball rate and a 29.7% hard-hit rate while averaging 97.9 mph on fastballs. His fastball velocity has dropped to 93.9 mph in 2022, and he has notched a 17.6% K-rate, a 42.5% ground-ball rate and a 34% hard-hit rate.

Jameson Taillon, RHP, Yankees
Taillon’s situation is nearly identical to Manaea’s. Both underwent Tommy John surgery in 2019, entered 2022 with an ERA+ slightly better than league average (108 for Taillon and 107 for Manaea) and are now finishing up their age-30 seasons. Taillon has been significantly better than Manaea this year, but he has faded after posting a 2.70 ERA and a 6.7 K/BB ratio in his first 13 starts. Taillon has been tagged for 16 home runs in 67 1/3 innings (2.1 HR/9) across his past 13 starts, contributing to a 5.35 ERA.

Justin Turner, 3B, Dodgers
The Dodgers have a $16 million club option on Turner for 2023, but they could decline it and put some of that money toward re-signing or replacing some of their notable free agents (Trea Turner, Clayton Kershaw, Tyler Anderson, Andrew Heaney, Kimbrel). After a frigid start to the season, the 37-year-old Turner has quietly posted a .380/.447/.569 slash in 38 games dating back to late June. If he stays the course in September, he could convince L.A. to pick up his option or perhaps ink another multiyear deal in free agency.