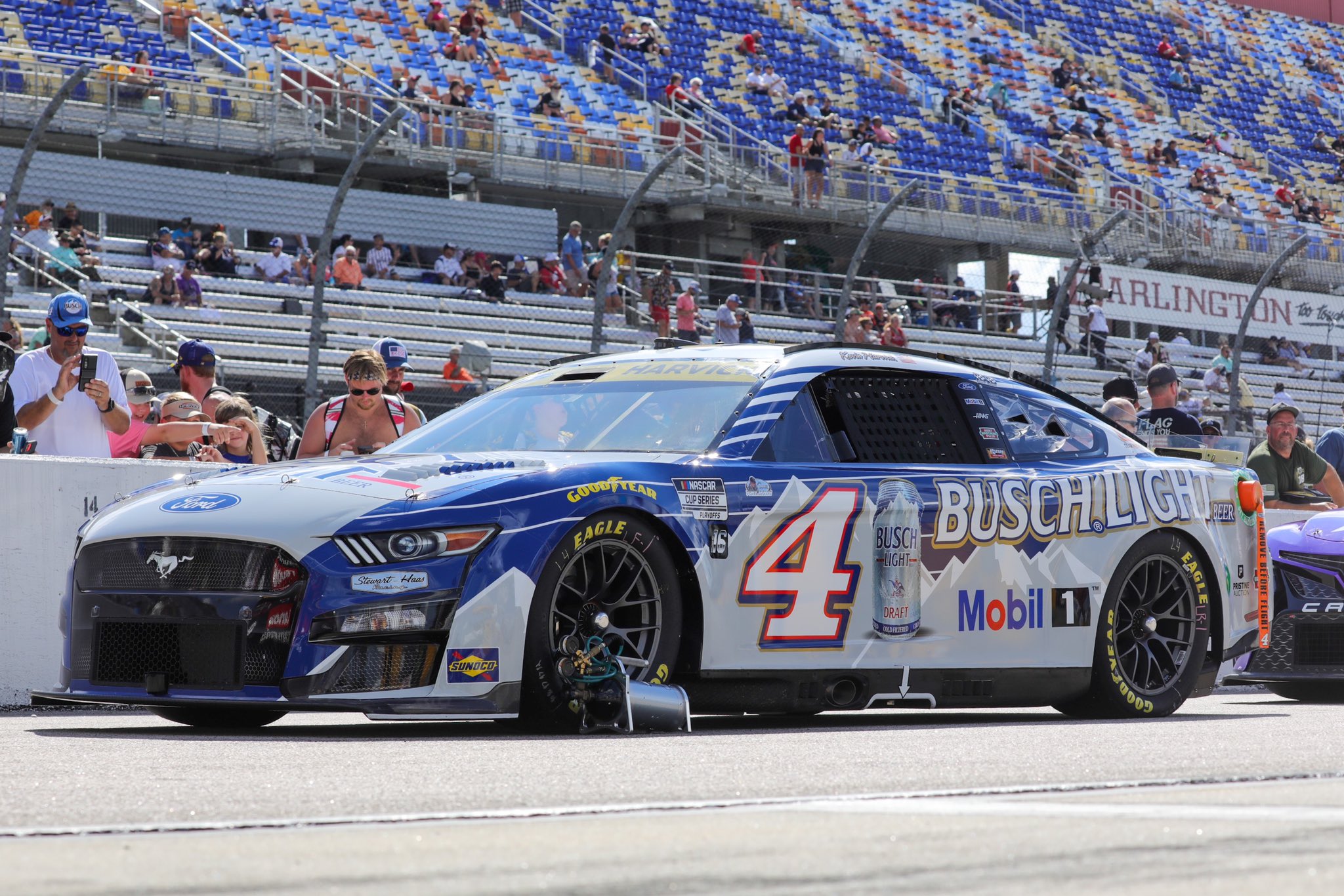 At the start of the 2022 season, NASCAR launched the Next Gen car. The chassis is a spec design, identical from team to team. Beyond the car, the parts bolted to it are also spec from a single manufacture.

Watch the NASCAR fire video below.

Recently, the Next Gen car has been under fire for safety. On paper, the car is safer. However, most drivers have stated, all year, that impacts feel greater with the new car.

Several weeks ago, Kurt Busch backed his car into the wall at Pocono Raceway. Since that crash, Busch has been absent from the machine as he fights concussion symptoms.

As recently as this week, NASCAR stated that they are investigating crash data.

Like with any new car, there’s tweaks to be made to perfect the product. Other problems have been related to fires. Previously, when a car saw a right side impact, it would push the exhaust inward, yet, the body would pop back out to it’s original location. That put the exhaust tips an inch inside the body, causing fire.

NASCAR appeared to have fixed that issue but adding a piece to all cars.

On Sunday, Darlington Raceway hosted the first race of the NASCAR Playoffs. 16 drivers are qualified for the playoffs. Kevin Hafvick is one of those drivers.

On lap 275 of 367, Kevin Harvick was on fire. But, the fire had been brewing for several laps.

The fire was coming through the dashboard. That forced the driver to come to a stop and call it a night.

And when he stopped, the fire really erupted. Both the left and right side of the car were on fire.

Harvick quickly climbed from the machine on his own. Safety workers quickly reached the machine and were able to extinguish the fire.

However, Harvick is now in trouble, in the opening round of the playoffs and he’s not happy…

Kevin Harvick comments on the fire

“I’m sure it’s just the crappy parts on the race car like we’ve seen so many times,” Kevin Harvick told NBC after exiting the infield care center.

“We haven’t fixed anything. It’s kinda like the safety stuff, we just let it keep going.”

“I think you see all the brake fluid. It burned the brake line. The fire was coming through the dash!”

“What a disaster. For no reason! We didn’t touch the wall, we didn’t touch a car and here we are in the pits with a burned up car and can’t finish the race during the playoffs because of crappy ass parts.”

Before Harvick came to a stop, the engine shut off. However, Harvick clarified that it wasn’t an engine issue.

“The rocker was on fire for a couple laps. I just stopped because I couldn’t see any more as the flames were coming through the dash.”

Harvick concluded, “I couldn’t make myself sit in there and burn up.”