“I’m a son of immigrants, being around tennis was just us getting out of our neighborhood, it wasn’t supposed to be like this” 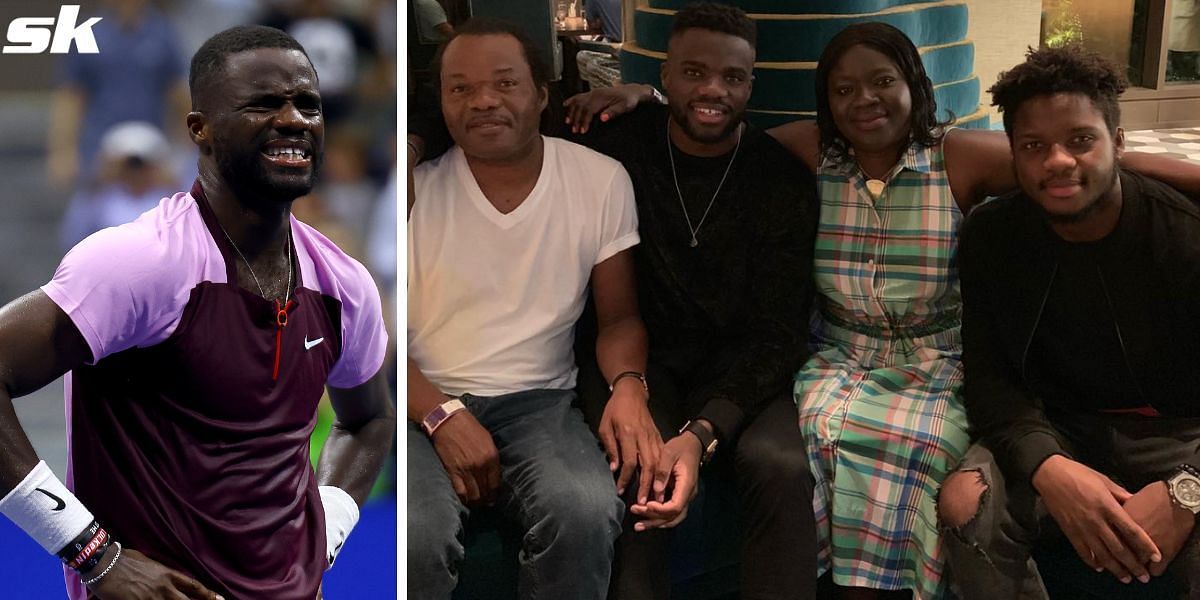 Frances Tiafoe scored the upset of a lifetime at the 2022 US Open, beating Rafael Nadal in the fourth round. Playing in front of his home crowd, the American put in a sublime display at Arthur Ashe Stadium to beat the 22-time Grand Slam champion 6-4, 4-6, 6-4, 6-3 in four sets.

Speaking at his press conference afterward, the 24-year-old touched on what the victory meant to him and his parents, immigrants from Sierra Leone who made a living as blue-collar workers in the late 1980s.

Rafael Nadal is knocked out of the #USOpen! Frances Tiafoe fights back from a break down in the fourth set to close out a memorable win. Incredible shot-making by the American. Rafa suffers his first Grand Slam defeat in a completed match since French Open 2021.

Rafael Nadal is knocked out of the #USOpen! Frances Tiafoe fights back from a break down in the fourth set to close out a memorable win. Incredible shot-making by the American. Rafa suffers his first Grand Slam defeat in a completed match since French Open 2021. https://t.co/NFd9iZXj1V

Revealing that his father worked as a maintenance worker and his mother as a nurse, the World No. 26 was unbelievably proud of how his parents worked multiple jobs and worked overtime to help him and his brother lead a happy life.

“I’m a son of immigrants, both parents grew up in Sierra Leone, born and raised in Sierra Leone. Came to the States early ’90s, late ’80s, around there. Whatever. They met here, had me and my twin brother,” Frances Tiafoe said. “My dad, being a maintenance worker at a club, help building a club ’99. My mom being a nurse, working two jobs, working overtime through the nights.”

Francis Tiafoe said he was so happy to play with his parents – his mom and dad and siblings – in the stands.

Well, here is his incredible family story. He literally grew up in the tennis center where his father worked as a custodian.
youtu.be/8RyE0O-e-Vg via @YouTube

Francis Tiafoe said he was so happy to play with his parents – his mom and dad and siblings – in the stands.Well, here is his incredible family story. He literally grew up in the tennis center where his father worked as a custodian. youtu.be/8RyE0O-e-Vg via @YouTube

Tennis, therefore, was more of a hobby for Tiafoe early on, nothing more than a means to get out of the neighborhood and spend some quality time with his parents. Soon, though, it became evident that the American had a knack for the sport that was uncommon, leading his father to ask him if he could use his tennis abilities to procure a scholarship to a good school.

“Yeah, I mean, us being around tennis was kind of gets us getting out of our neighborhood. My dad kind of being able to watch us. It wasn’t anything supposed to be like this,” Frances Tiafoe said. “Once we got in the game of tennis, it was like my dad was like, It would be awesome if you guys can use this as a full scholarship to school. I mean, we couldn’t afford a university. So use the game of tennis.”

Recalling his childhood, Tiafoe reminisced on how he had watched the legendary Williams sisters play one Grand Slam final after the other, a scene that sowed the seeds of desire in his own heart. Back then, the World No. 26 had simply wanted to play on Arthur Ashe Stadium, not register a win as big as the one he recorded on Monday against Nadal.

“At that time watching Serena and Venus play finals of Grand Slams at that time, when I was super young,” Frances Tiafoe said. “I was like, how cool would it be to play Wimbledon, to play on Arthur Ashe and stuff like that.”

The 24-year-old could not even begin to imagine what the victory would mean for his parents, who have never before experienced their son record such a huge win on such a big stage.

One thing’s certain: Tiafoe knew without a shred of doubt that even if he forgets this triumph, his parents never will.

“Yeah, I just had a big passion for the game. Not even mainly for me, but to do it for them. To see them experience me beat Rafa Nadal, they’ve seen me have big wins, but to beat those Mount Rushmore guys, for them, I can’t imagine what was going through their heads,” Frances Tiafoe said. “Yeah, I mean, they’re going to remember today for the rest of their lives.”

“My heart is going a thousand miles an hour, I’ve never felt something like that in my life, honestly” – Frances Tiafoe on what it felt to finally beat Rafael Nadal

Frances Tiafoe also touched on his emotional state after match point, remarking that it felt like the world had stopped for a moment. The excitement and adrenaline made the American’s heart beat so fast that he could barely see anything in front of him, a feeling Tiafoe had never felt before in his life.

“I was telling my agent, I felt like the world stopped. I couldn’t hear anything for a minute. Even shaking his hand, I don’t even know what I said to him. It was such a blur. I was already tearing,” Frances Tiafoe said.

“I could barely see him and my team. Everyone was up. It was just wild. My heart is going a thousand miles an hour. I was so excited. I was like, Let me sit down. Yeah, I’ve never felt something like that in my life, honestly,” he added.

On Wednesday, the World No. 26 will get the chance to feel the same emotion again when he takes on Andrey Rublev for a shot at reaching his first-ever Grand Slam semifinal.