Can Toyota repeat its Kansas dominance from the spring? 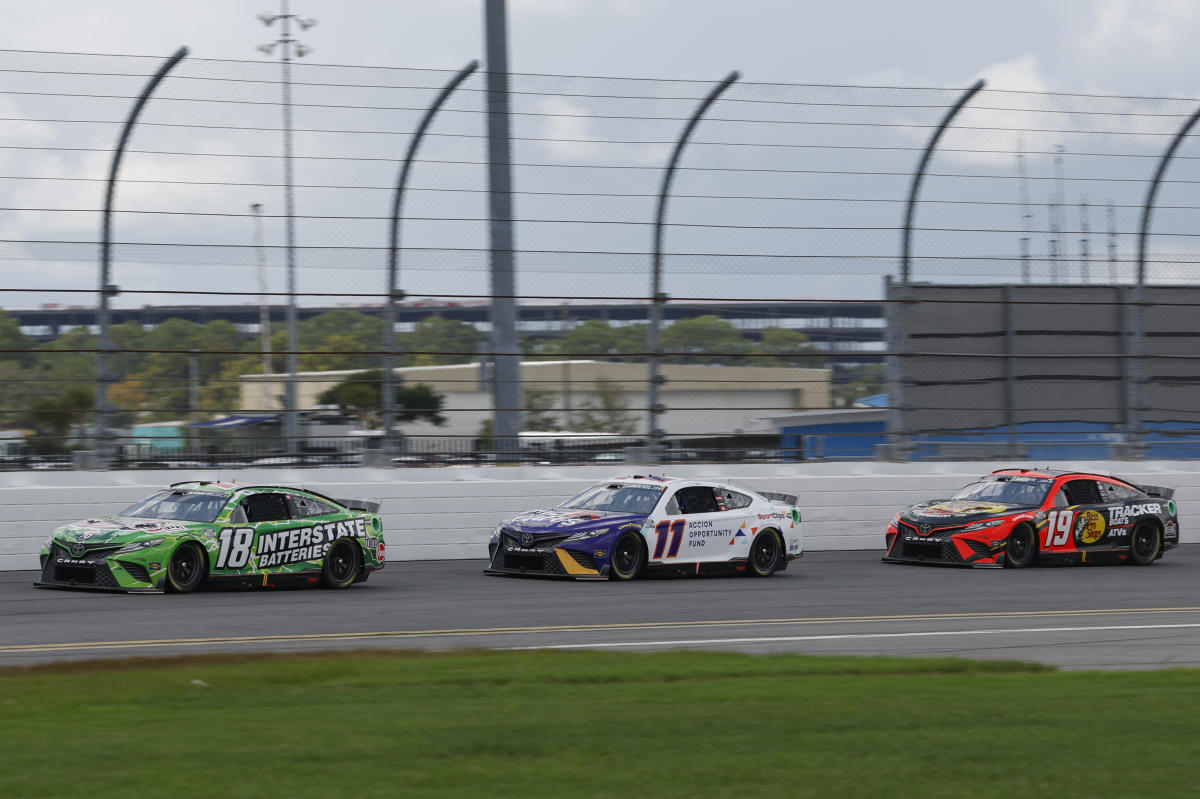 The chances are low that non-playoff drivers will win the first two races of the NASCAR Cup Series playoffs.

Erik Jones became the first non-playoff driver to win the first race of the playoffs when he visited victory lane on Sunday at Darlington. And Jones needed a little bit of luck for that to happen. Leader Kyle Busch had an engine problem during the race’s final caution flag and had to bring his car to pit road. Jones inherited the lead after Busch’s problem and held off Denny Hamlin for the win.

Hamlin and Busch are the favorites this weekend at Kansas as their Toyota team has shown significant speed at 1.5-mile tracks this season. Kurt Busch won the spring race at Kansas in May as Toyota drivers took five of the top six spots and all six Toyota drivers finished inside the top 10.

The 16 drivers in the playoffs are currently separated by just 49 points thanks to the wackiness that took place at Darlington. Joey Logano is the points leader by six over William Byron while Kevin Harvick is 16th and 49 points back of Logano after his car randomly caught fire in the final stage of the race.

Here’s what you need to know to bet Sunday’s race. All odds are from BetMGM.

Hamlin is one of three drivers with three victories at Kansas. He has 10 top-five finishes in 28 starts. Busch has won twice and has been much better at the track in the last eight seasons. Busch has finished inside the top 10 in all but three of his last 15 Kansas races. Elliott has six top-five finishes in just 13 starts while Truex finishes in the top 10 in more than half of his Kansas starts. Chastain has finished in the top 15 in all three of his Kansas starts in decent equipment.

Bowman’s odds may look tempting and his Kansas stats are good. But there’s little reason to believe he’ll contend for a win right now. His 10th-place finish at Darlington was just his second top 10 since the end of May.

Looking for a long shot

Suarez has just one top-10 finish in 11 Kansas starts but he’s a playoff driver capable of winning with odds greater than 30-1. That’s a good flier.