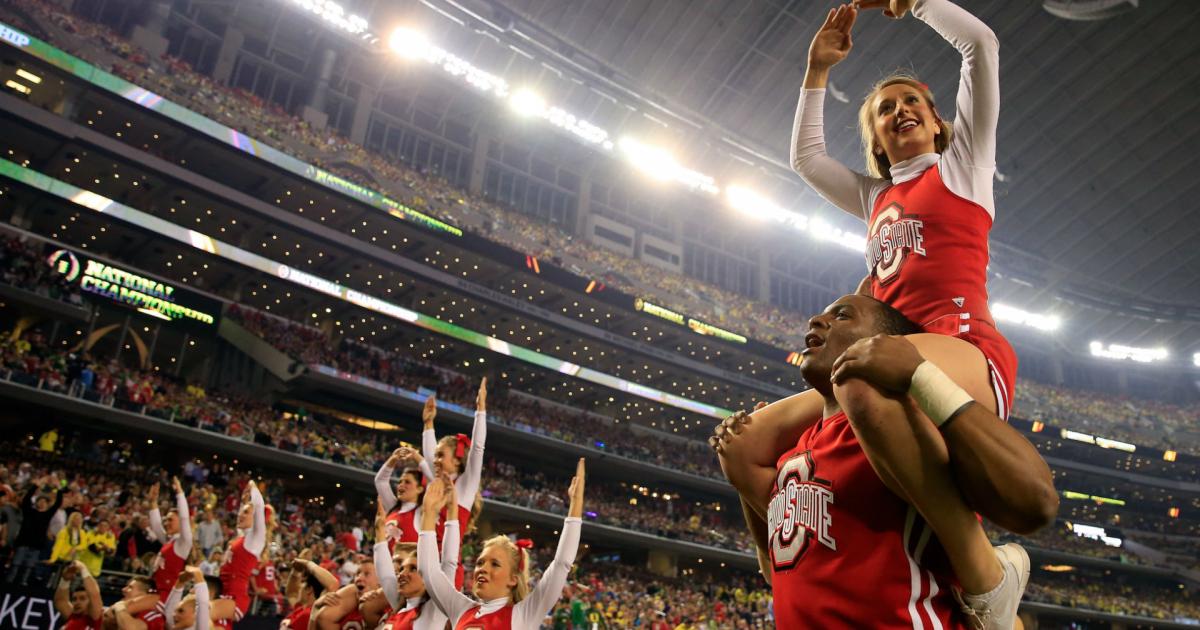 Although the first game that is recognized to have been played in the Rose Bowl tradition occurred in 1902, with Michigan demolishing Stanford, it wasn’t until two decades later that the name now held in such reverence was assigned to the occasion.

I wasn’t around for any of that, but it would not be at all surprising if that day was the first when the following eight words were spoken by someone wearing a sportcoat:

“The bowls have been good to college football.”

The people in charge of this wonderful sport have been slinging this hooey since I covered my first college football beat in the autumn of 1984, so it seemed almost inevitable that when they finally got the postseason playoff right, they’d find a way to muck it up by insisting the bowls be at the heart of it.

MORE: Week 2 picks against the spread for every Top 25 game

Here’s the truth: The bowls have been good for the bowls.

As everyone will learn when the first real playoff is introduced in 2026 — or maybe 2024, we’ll see – the bowls have been standing in the way of the best possible college football postseason for generations. And they’re not entirely finished.

Because now that the College Football Playoff board has determined it is prudent to alter its format to feature a 12-team tournament that will include six automatic qualifiers, they’re still choosing to place games played from the quarterfinals and semifinals at bowl sites. There will be six such games in those rounds, so the “New Year’s Six” games figure to be the beneficiaries of this plan.

Four of those six games are in the SEC footprint: the Orange, Sugar, Cotton and Peach. The others are the Fiesta (Pac-12 region) and Rose (soon to be Big Ten country).

So under this plan, Ohio State or Michigan could be seeded No. 4 in a given year as Big Ten champion and thus earn a first-round bye and then be sent to Atlanta to play No. 5 seed Georgia in the Peach Bowl. Or it could be No. 5 Florida in the Orange or No. 5 Texas in the Cotton or No. 5 LSU in the Sugar. There is no corresponding bowl in Toledo or Cleveland, so there’s no way the Buckeyes ever could enjoy such a home-crowd edge.

In the NCAA Tournament, there are occasions when a lower seed might enjoy a surprising edge, such as when Connecticut in 2014 was able to play its Sweet 16 and Elite Eight games at Madison Square Garden. But those Huskies were a No. 7 seed. No one expected them to still be playing in the tournament’s second weekend. It was, for UConn, sort of a happy accident. But one year the East Region is at the Garden, and the next it’s at the Carrier Dome and the year after that it’s at Wells Fargo Arena in Philly. The sites move every year.

The expanded CFP format, by design, is a liability for contending teams from the Midwest, Northwest and East. With the possible exception of any championship games played at Lucas Oil Stadium in Indianapolis, none ever will enjoy the short travel distances that enable fans to more easily travel to playoff games.

The first round of the new CFP format, involving No. 5 vs. No. 12, No. 6 vs. No. 11 and so on, will be played at the home sites of the higher seeded teams. That should continue into at least the next round, so the teams that genuinely earn the opportunity to play at home – the playoff’s top four seeds – get to have their stadium filled alongside their city’s hotels and restaurants, and the chance to dress at their own lockers and play in front of their fans.

When the expanded playoff is put in place, college football at last will operate its championship format in the tradition of every other sport on the planet. Its competitors will understand exactly what is required to enter.

The CFP board, though, could not resolve its addiction to the bowls.

Maybe someday, college football will get its postseason exactly right. We’ve waited more than a century to get this far, though, which means that day may not come until Captain Kirk’s kid is playing wideout for Iowa.