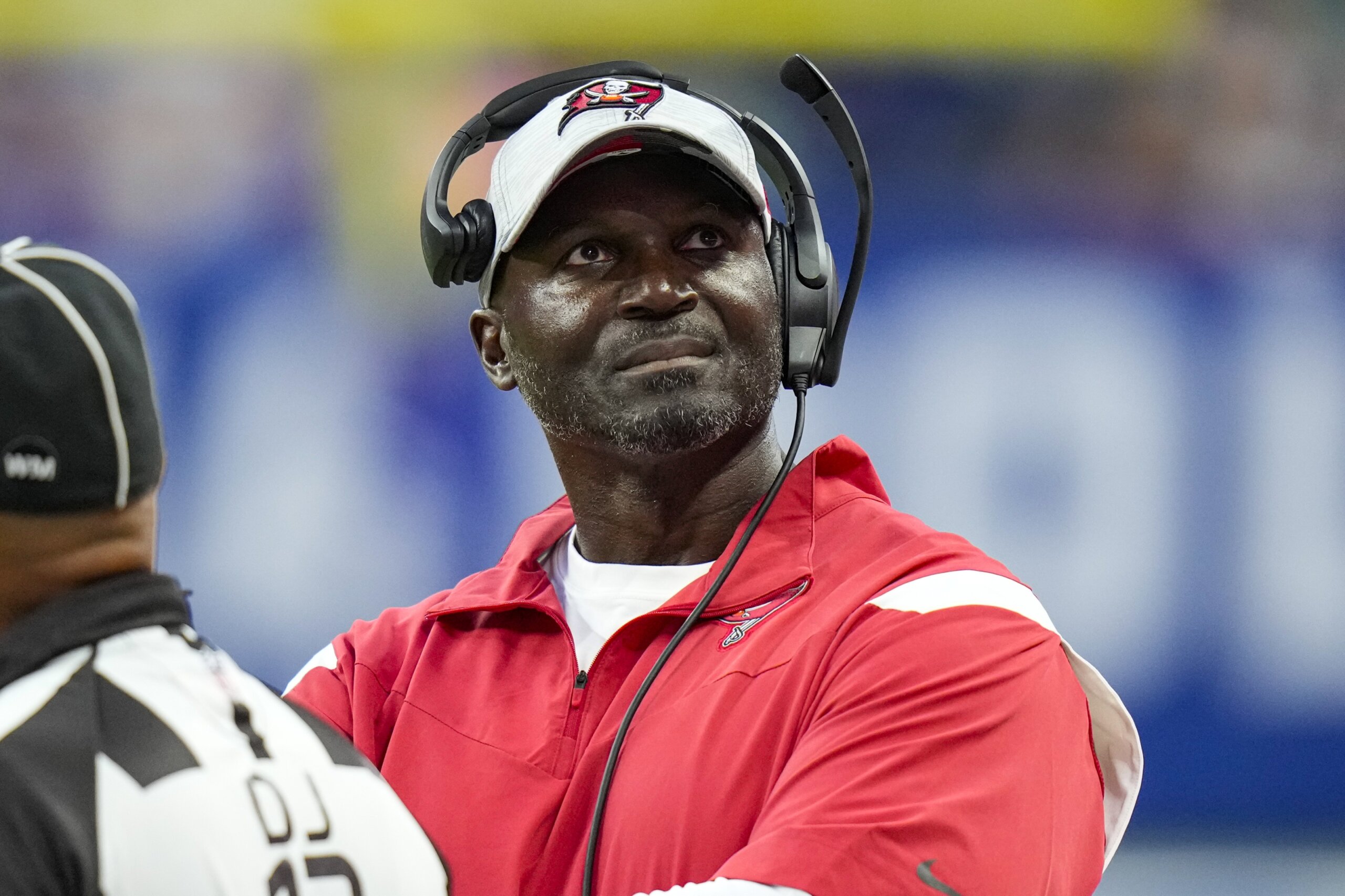 There will be a new look on the sideline in Week 1 of the NFL season with a record-tying 10 new head coaches.

The new crop includes five retreads looking to bounce back after getting fired from their last head-coaching job and five first-time coaches.

They take over varying situations with Tampa Bay’s Todd Bowles and Las Vegas’ Josh McDaniels taking over 2021 playoff teams in their second chances, while others like Chicago’s Matt Eberflus and Brian Daboll of the Giants in rebuilding situations in their first shots in charge.

The other coaches looking for success after previously getting fired are Jacksonville’s Doug Pedersen, New Orleans’ Dennis Allen and Houston’s Lovie Smith.

The other first-time coaches are Nathaniel Hackett in Denver, Mike McDaniel in Miami and Kevin O’Connor in Minnesota.

Teams with first-year coaches haven’t had great success in recent years as most stepped into poor situations. Eight of the 32 teams that started the past five seasons with a brand-new coach made the playoffs in their first year with a combined winning percentage with the group at .416.

In all in the Super Bowl era, four teams won the Super Bowl with a first-year coach with Denver the last to do it in 2015 under Gary Kubiak. Jon Gruden also did it with Tampa Bay in 2002, George Seifert in San Francisco in 1989 and the Colts with Don McCafferty in 1970.

Three other teams made it to the Super Bowl and lost with a first-year coach: Indianapolis in 2009 with Jim Caldwell, the Raiders in 2002 with Bill Callahan and Denver in 1977 with Red Miller.

No franchise can match the Cleveland Browns when it comes to starting off the season on the wrong note. The Browns are 0-16-1 in their past 17 openers since beating Baltimore 20-3 in 2004 with Jeff Garcia at quarterback.

No other team in NFL history has gone winless in Week 1 in more than nine straight seasons, with Washington (1959-67) and Philadelphia (1968-1976) doing that. The Browns look to break that streak at Carolina.

On the other side of the equation are the Chiefs, who have the longest active Week 1 winning streak at seven straight games. The last team to win at least eight straight openers was New England with 10 in a row from 2004-13.

In 18 of the past 19 seasons, at least two teams that missed the playoffs the previous year ended up as division champs.

In all, 61 teams have done it, with Cincinnati and Dallas joining that group in 2021. That should give hope to plenty of teams, with 25 of those teams having gone from last to first in one year, including the 2021 Bengals.

At least one team has done it in 17 of the past 19 seasons. The teams looking to pull off that trick in 2021 are the Jets, Baltimore, Cleveland, Jacksonville, Denver, the Giants, Carolina, Detroit and Seattle.

For 32 straight years, at least four teams that missed the playoffs the previous year have made it to the postseason with seven teams pulling off the feat last year.

One year after three rookie quarterbacks started in Week 1, there are none projected to start the opener this season with the only first-round pick — Pittsburgh’s Kenny Pickett — set to be behind Mitch Trubisky.

This would mark the first time since 2007 that no rookie quarterback started the first game of the season for their team. In all, 26 rookie QBs started in Week 1 the past 14 seasons.

Carson Wentz will once again start a new season in a new home. After playing in Philadelphia in 2020 and Indianapolis last season, Wentz is now the starter in Washington.

Wentz has a ways to go to match Ryan Fitzpatrick’s record of starting the season opener for seven franchises.

Tom Brady is set to begin his 23rd season in the NFL at age 45. He will become the ninth player to appear in an NFL game at age 45 or older, and he’ll be the oldest player to start an NFL game since 1925 when Bobby Marshall started two games for the Duluth Kelleys.

Brady can join Hall of Famer George Blanda as the only players that old to throw a pass in the NFL. Blanda went 7 for 22 for 116 yards, two TDs and an interception at age 45 or older in the 1970s.

The Jets and Ravens have an unusual start to their schedules, each opening the season with four straight games against another division starting with their head-to-head matchup in Week 1.

Kansas City will open the season with eight straight teams that had a winning record last year, the first time a team has ever done that, according to the Elias Sports Bureau.

Copyright
© 2022 The Associated Press. All rights reserved. This material may not be published, broadcast, written or redistributed.